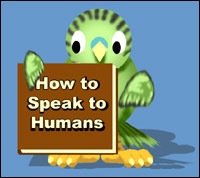 Another interviewee provided me with an introduction, so I'll let her words start us off. Please welcome Wand'rin Star.

I was a teacher of English as a Foreign Language for over 40 years. So I get stuck into grammar and vocab questions. I also have long conversations about whisky and China. I still use h2g2 to communicate with the son that introduced me to it, although there are quicker ways like Messenger.

My elder son, then known as Spearcarrier, now Is Mise Duncan, sent me an email about it. Pre-skype etc it was a good way of keeping in touch with him.

I had always enjoyed Douglas Adams (from the days of the radio broadcasts) and most of the early posts were whimsical fun.

Jumped right into conversation threads and took a couple of weeks to set up my user page.

20 Guidelines for Raising a Child was my first solo Entry. I had contributed to group Entries before that.

That one, but I prefer the unedited version.

A Short Guide To Short Words1 by Ben.

I used to belong to the BOF Inn.

Yes, I was a grammar guru.

The Duke of Dunstable, and Nikki who started th4e British English thread.

Yes, I couldn’t get on during the BBC’s “rule”.

The hard work of (mostly) Pastey and others rejigging the site.

Some of the sillinesses. Most of the modern entries seem very serious – like Wikipedia.

A few online fights that resulted in researchers being permanently barred.

A couple in Cleethorpes and one in Mannheim.

If you've been to multiple meets, what's the farthest you've traveled to one?

To Mannheim in Germany. Hoping to go to France later this year.

Of course, due to delays on my part, "later this year" is now last year...

Yes, but I don’t know what they are.

Directly from my PS:

A mufflewhump is whatever you want it to be, but it's always very wonderful. Therefore, mufflewhumps are the best gifts. They stay in their balls-of-unrealized-potential state3 until taken up by (or given to) someone who has a definite want, either conscious or unconscious. Mufflewhumps can become nearly anything4 the only limitations are that they can't become something sentient or something that can be used against the interests of the giver. They're quite handy, as well as being great gifts. I've often picked one up while concentrating and gotten things I need here on h2g2.

Yes, in passing. I like reading about your home life.

1I've linked to The History of the Short Guide, instead of theGuideitself, because there's not anything there, and somehow, I don't think Wand'rin was referring to the eventual Entry, The Origins and Common Usage of British Swear-words, though I could be wrong.22Reading it, I probably am.3Looking like sparkly rainbow dustbunnies4Most common seem to be foodstuff or pets