You've probably been checking the Front Page every day for the latest Quote of the Day. Our QotD Archivist, Geggs, looks at the month in review. 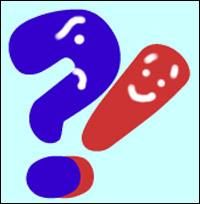 Hello. I'm Geggs. I'm the arguably self-appointed archivist of the Quote of The Day. That is to say that it seemed like a good idea to start keeping a record of the QoTD, and no one has tried to stop me yet. I keep a record of the number of Quotes each Researcher has as well, which keeps me entertained. I also congratulate each Quotee when their Quote appears on the Front Page. I thought someone ought to, and when I mentioned the idea I was encouraged to do it, so I do. I don't pick all the Quotes, nor do I know what is picked before it hits the Front Page, but I do take note of them once they appear and try my best to keep track of the 'scores'.

It's been a varied month for Quote of The Day. Fourteen researchers had their first Quote of the year, and there were eight forums from which Quotes were gleaned for the first time this year too. Edward the Bonobo continued his dominance of the overall leaderboard, but he didn't top the chart for April (though that's for alphabetical reasons rather than numerical).

In order of appearance, el D, Magwitch, deb, Mol, ITIWBS, winnoch2, Mina, Prof Animal Chaos, Moonhogg, tucuxii, 2legs, interspark, quotes and Jabberwock all nailed their first Quote of the year. That's a quite impressive list, and these first-timers were responsible for almost half the month's Quotes between them. Actually if you count the number of days they did have half the month's Quotes, as the system problems overnight on the last Saturday of the month meant that Jabberwock's Quote had two days of Front Page glory.

There's been a nice variety of fora that Quotes have been taken from for this month too. Communal parts of the site, such as the Games Room, The Quite Interesting Society and The Penguin Intergalactic Investigation Bureau have all had Quotes lifted from them. Quotes were also taken from the journals of 6 Researchers, 4 of them for the first time this year (those four being Dmitri's, Jabberwock's, Mu Beta's and TRiG's respective journals). And, for the first time ever, a Quote was taken from a Researcher's message centre – that of Prof Animal Chaos, and the Quote taken from it was Prof's own!

In terms of the number of Quotes each Researcher had April was a very egalitarian month, with the majority of the month's Quotees having one apiece and only Dmitri Gheorgheni, Edward the Bonobo and Mu Beta bagging two. This makes them joint winners for the month, but Dmitri comes at the top of the table due to the charming alpha-numerical system that I employ.

The overall leaderboard saw some movement in the middle orders, with Dmitri and Mr603 moving up to three Quotes each for example, but it's the tussle at the top of the table that is proving most interesting.

Going into the month Ed was on 8 Quotes, Hoovooloo had 6, and Mu Beta 5. Hoo didn't move at all during April, which gave Mu Beta an opening. He drew level with Hoo when he got his sixth Quote on 6th, appropriately enough, and on the 19th Mu Beta got his seventh Quote, overtaking Hoo and coming within touching distance of Ed. Unfortunately this closeness was short-lived as Ed pulled away once more the following day as he bagged his ninth Quote of the year so far. A further Quote before the end of the month put Ed into double figures. So at the end of the fourth month, having extended his lead (now three Quotes clear) at the top of the board, Ed must surely be feeling confident for the remaining two-thirds of the year. Can anyone overtake him now? Only time will tell.

The top three at the end of the month are: Edward the Bonobo on 10, Mu Beta on 7 and Hoovooloo on 6.

Quote of The Month?

Oh, I couldn't possibly say, but if you'd like to pick your favourite all the Quotes for the month can be seen here. But, for your consideration, I humbly submit 2legs' quote from the 24th which will, I think, certainly ring true for anyone that knows him:

If they've been listening into my phonecalls I'll probably have sent em proper apricot on a phonebox loopy by now...

Alternatively, in a more philosophical frame of mind, ITIWBS' quote from the 10th provides a moment of serene contemplation:

...a fait accompli is sufficient justification for the past tense...

So keep up the good work Researchers, be interesting, be witty, and be Quotable.