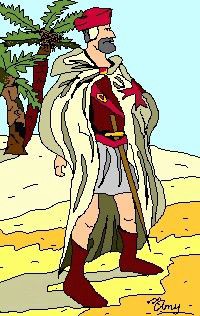 
The Blerontin Bugle is the single most prestigious newspaper in all of Blerontis.


Blerontinian Society is very much like that of the Victorian Era.


All men are jerks, and all women are psychotic.


Lemonade tastes best if consumed by means of the Smirnoff Shooter.

The Hotel Gat is not, as its name might incorrectly imply, a mere hotel. It is an indoor city filled with thousands of restaurants, stores, suites of all classes (First, Second, and Super Galactic Traveller), nude beaches, artificial lighting, Model T-900, 046 hoverbump scuttlers, writers, whores, bars, tanning salons, gas stations, surf bums, dancers, an enormous pellerator, fourteen different Royal Opera Houses, forty-one space yards, casinos, hobos, swimming pools, an original theme park whose logo is the head of a disease-ridden rat, and, of course, who could forget, the one, the only, The Royal Court, home of His Gatness, The Gat.

I hung up the phone upon hearing the DoorBot's voice. This was all too much for me to handle. What could I do? Where could I run? Word had probably spread by now, and the rabbits would be here within moments, ready to tear me apart.

I wandered around the house moaning and occasionally cursing so loudly that the neighbours went and banged the wall a few times in annoyance. I couldn't blame them. Who would want to hear a 5' 8" frood of medium-build and sideburns swear at the top of his lungs, especially when they were really busy 'taking an interest' in one anothers' anatomy?

I took a bath, slipped on my Blue Man Group t-shirt, my bowler hat, and my LL Bean khaki shorts, grabbed my towel, and headed out the door. I had read on the bulletin board in my room a note that said to meet PurpleJenny for lunch at Chez D'Astraaagar, and I figured that, regardless of how bad a situation I was in, it would be even worse of me if I were to act like a complete jerk and put her off.

And so I hitched a ride to Chez D'Astraaagar, and had a wonderful time with Jenny as we talked and joked about nothing in particular. We parted our separate ways for the afternoon, and I was left in a state of fear and loathing for I was a very easily recognizable figure in the heart of downtown ******. The people who wandered the streets here knew me well. Not that I was any type of celebrity or anything. I just happened to be a really nice guy whom everyone seemed to know and get along with, but it is also important to note that I had walked these streets a countless number of times in the past sixteen years. I was a regular and this was my home. I may be forced on assignment to the furthest and most beautiful reaches of the galaxy, but I would always return here. I just couldn't be kept away, I guess.

After a few moments of thought regarding my next move, I decided that either I'd call up one of the bands (I was thinking one of the funk ones would be good to jam with), or call Mina and see if she was up for a game of 'Piss off Her Cow of a Next Door Neighbour.' I flipped a coin, and it landed tails. I'd give Mina a ring.

'Er, good, thanks. You?'
'Well, you know, there's a long line of men standing outside of my home who are apparently all desperately in love with me.'

'Bwahahahahaha!'
'Tell me about it. What can I do for you?'

'Are you busy this afternoon?'
'Oh! Sorry, Yossarian... GB and I are going to the movies tonight.'

'Ah... That's cool. Maybe another time, then. Have fun with GB and tell her I said hello.'
'Sure. Talk to you later.'

And just like that, I was forced to move onto Plan B.

I was just about to make the phone call when it hit me like a ton of bricks. They were all on vacation! Those stupid unhoopy b's were all on vacation! And I could have then just easily picked up the phone and called any other one of the bands, but no. I was as stubborn as a mule. I wasn't in the mood for rock, jazz, or blues. I wanted my funk, and that's all there was to it.

Dispirited, I trudged to The h2g2 Legs so that I could try and booze my misery away at my beloved Maverick Table. The Table was empty when I approached it, however, and so I ordered some Gin & Tonic and drank alone. I used some change I found by one of the legs of the Table to select the song, 'Jumping Jack Flash' on the jukebox.

I was about to pass out after my thirtysomethingth glass, but a little voice inside of my head told me to go and check up on The Semiotics Lecturing Shed. I failed an attempt to sober up, but managed to stumble out the door and to the back of the bar where the Shed lay in all of its glory.