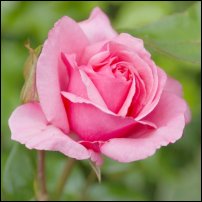 Well blow us down with a feather. While we've been busy tittering at the ridiculous names celebrities give their offspring, it seems the special ones may have known a thing or two. Because bestowing kids with monikers like Princess Tiaamii, Peaches or Cruz might actually be doing them a favour. A recent poll of 6,000 people found that certain sounds in a name, or links with royalty, can make people seem more successful or attractive. And as we know, preconceptions can have a big influence in how life turns out.

Attractive girls' names were those ending with the 'ee' sound while sexy male names are short and harder sounding. Names like Ann and George were seen as the least attractive, and Lisa and Brian the most likely to fail. James and Elizabeth were viewed as the most successful and Jack and Lucy the luckiest. Surprisingly, loads of wacky celebrity names were given the thumbs up. So, for this week's talking point, we want to know: