Maria Gaetana Agnesi - Mathematician Content from the guide to life, the universe and everything 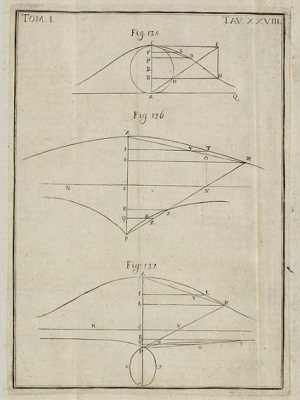 Maria Gaetana Agnesi lived a relatively unremarkable life for a woman in 18th-Century Italy, but her master work, a book entitled Instituzioni analitiche ad uso della gioventù italiana, secured her an important place in the history of mathematics.

The book's title means 'Analytical institutions for the use of Italian youth' - it was intended as a textbook to teach young people about the latest developments in calculus. It went on to be translated from Italian into French and English and was in use for many years after Maria's death in 1799.

Maria Gaetana Agnesi was born on 16 May, 1718, in Milan. She received a varied education, and soon showed herself to be a child prodigy - by the age of nine she was proficient in French, German, Spanish, Latin, Hebrew and ancient Greek as well as the dialect that modern Italian would be based on. She studied mathematics, philosophy and science, including the work of Isaac Newton.

Her father was proud of her abilities, and showed off her talents - he would hold gatherings at which Maria Gaetana would give a recitation in Latin, or debate philosophical concepts. Propositiones philosophicae, published in 1738, was a collection of essays on topics that she had discussed at such events.

When Maria Gaetana was 20, her mother (Anna Fortunata Brivio) died. Although her father (Pietro Agnesi) soon remarried, Maria Gaetana, as the eldest, was expected to spend time looking after her siblings1 (Pietro married three times in total and had more than 20 children, although not all of them survived to adulthood). As well as continuing to study mathematics, Maria Gaetana took to religion and started to live a humbler life.

Maria Gaetana mainly taught herself higher mathematical concepts by reading books. However, she corresponded with a number of men, including Ramiro Rampinelli, a professor and monk, and Jacopo Riccati, a mathematician who was well-known for his work on differential equations.

Although her book Instituzioni did not contain any concepts that had not been discovered before, it did bring together the methods of Newton and his rival Leibniz and described them in the new notation (much of which is still in use today) that had been developed by Leonhard Euler. Maria Gaetana arranged for a printing press to be set up in her father's house so that she could oversee the process and ensure the printed book was as clear as possible - the book had large margins for students to use for annotations, well-spaced text, and most importantly it included diagrams to illustrate the concepts. The first volume was published in 1748 and the second volume appeared in 1749.

The book includes mention of a mathematical object that now bears her name. The Agnesi Curve2 has a shape that is reminiscent of a rope being used to hoist a sail - the rope is called la versiera in Italian. The curve became particularly notable thanks to a mistranslation. Lucasian Professor of Mathematics, John Colson, who had translated Newton's work on Fluxions from Latin into English in 1736, worked on  Instituzioni but mistook 'la versiera' for 'l'aversiera' - 'the witch'. Thus he named the curve the Witch of Agnesi, and that is the name it is still known by today.

Instituzioni was dedicated to Maria Theresa, Empress of Austria (Milan was part of Austria at that time). The Empress rewarded Maria Gaetana with a jewelled box and a diamond ring. The book then came to the attention of the Académie des Sciences in Paris, and also to Pope Benedict XIV. The Pope sent Maria Gaetana a document offering her an honorary position at the University of Bologna. The President of the Academy of Bologna awarded her membership of the Academy and offered her the Chair of Mathematics at the University of Bologna in 1750. She never went to Bologna to take up the professorship.

In 1738, Maria Gaetana had asked her father if she could become a nun, but he asked her to stay with him. When her father died in 1752, she dedicated herself to charity work and the study of Catholic theology. In the late 1750s she was asked to comment on a mathematical text by Lagrange3, but she declined. She set up a hospice for poor elderly women and spent all her money on supporting those who needed her. She almost certainly did not take the vows of a nun after all, but she lived a devoted life like a nun, and, as the Director of the Trivulzio Hospice, she worked with nuns. Maria Gaetana died in the Hospice on 9 January, 1799.

1Her sister Maria Teresa Agnesi (born in 1720) was a musician. She composed six operas and a number of pieces for the harpsichord.2The curve had been studied by Pierre de Fermat in the 17th Century. In Maria Gaetana's book, an equation for the curve is derived and the curve's gradient is found by differentiating the equation.3Lagrange had read Instituzioni in 1752-54.