'The Chronicles of Narnia: The Silver Chair' - the BBC Television Series Content from the guide to life, the universe and everything 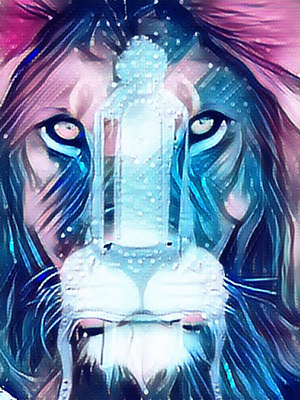 In the late 1980s and early 1990s the BBC's Chronicles of Narnia series was a highly successful adaptation of the Narnia novels by CS Lewis. In 1988 The Lion, the Witch and the Wardrobe had been made as a six-part serial, followed in 1989 by a two-part adaptation of Prince Caspian and four-part The Voyage of the Dawn Treader. In 1990 the BBC created what was known would be the third and final adaptation in the series: The Silver Chair1.

Eustace and his friend Jill Pole are at a modern school where bullying is encouraged and, fleeing from particularly aggressive bullies, call to Aslan to let them escape into Narnia. On arriving an accident separates them, leaving Jill to meet Aslan alone. He tasks her and Eustace to locate the missing Prince Rilian, Caspian's only heir, who disappeared ten years earlier while hunting the enchanted green snake that killed his mother.

In order to find Rilian, Jill must remember and obey four signs:

Yet 70 years have passed since Eustace was last in Narnia. He doesn't recognise the old king as his friend Caspian and so doesn't greet him. He only realises after Caspian has boarded a ship and sailed away. Trying to make up for this blunder and on the advice of the Parliament of Owls, they recruit gloomy, cynical and pessimistic Puddleglum the Marsh-wiggle, who seems part-human, part-frog, to take them north.

Will they find the lost prince? Will they find the ruined city of the giants, or instead be distracted by Harfang, home of those said to be friendly giants who are anxious for them to stay for the feast? Who is the Green Lady, and is she is as friendly as she appears? Will anyone scream, 'It's a cookbook!'? Why does the masked man turn violent each night when he is chained to a silver chair?

Characters and actors whose names are in Bold appear in other stories in the Narnia series:

Just as Second Doctor Patrick Troughton had proved mesmerising in The Box of Delights, Fourth Doctor in Doctor Who2 Tom Baker excels as Puddleglum. Tom Baker had also appeared in The Golden Voyage of Sinbad and was the voice of the narrator in Little Britain (2003-2008).

Camilla Power has continued acting. She played Lorna Dickey in two series of Waterloo Road and appeared in an episode of Torchwood. Patsy Byrne is best known for her role as Nursie in Blackadder II (1986).

Many of the cast from the previous series of The Chronicles of Narnia returned to play other characters. Warwick Davis who had stolen the show the previous year as Reepicheep plays Glimfeather the owl. Barbara Kellerman who had previously played the White Witch and Prince Caspian's hag, returned to play the Green Lady, also known as the Lady of the Green Kirtle and Queen of the Underworld. 'Big' Mick Walters plays Trumpkin for the second time, having also previously played the White Witch's dwarf.

Some location filming took place at Herstmonceux Castle in East Sussex, which stood in for the rebuilt Cair Paravel3, with most filming taking place in the Peak District  National Park and surrounding area in Derbyshire. This included Castleton and Peak Cavern as the underground caves, and Haddon Hall standing in for Harfang, the friendly giants' castle.

Glimfeather the owl's costume consisted of a muscle suit and a woven fabric costume. The muscle suit was a padded layer designed to replicate where an owl would have wing muscles, etc, to ensure Davis' outline resembled an owl as closely as possible. This was covered by the woven fabric costume that had genuine feathers attached. The owl headpiece was a full-head mask made of rubber, again with feathers stuck on and with the owl's ears able to rotate. Different feet were used, with one pair made for walking and a more detailed, claw-shaped pair used for the flying sequences in which the bottom of Glimfeather's feet might be seen. As in previous series, the flying sequences were made by suspending the actors on wires in front of a blue screen. This was uncomfortable for the actors, with padding needed to reduce the amount of rubbing the metal wires caused.

Puddleglum the despondent Marsh-wiggle was inspired by CS Lewis' pessimistic gardener, Fred Paxford, whom Lewis described as 'an inwardly optimistic, outwardly pessimistic, dear, frustrating, shrewd countryman.' As a child, Lewis had attended the Wynyard boarding school run by someone he described as a cruel, sadistic, tyrannical headmaster. His later boarding school Malvern College was even worse. These inspired the oppressive school Experiment House that Eustace and Jill attend. George MacDonald's novel The Princess and the Goblin (1872) was also a key influence on the story.

Differences from the Novel

There are some minor differences from CS Lewis' original novel. For example, the television series briefly re-uses the dragon prop that had appeared in the previous year's Voyage of the Dawn Treader; no dragons appear in the novel. Another minor difference is that in the novel, the inhabitants of the underground realm are called 'earthmen' because they live in the earth like earthworms. Presumably because this sounds like it implies they come from the planet Earth, in the television series they are called Underearthmen and Underworlders. Both the Green Lady and Prince Rilian have horses in the Underworld in the novel that do not appear in the serial.

Another understandable difference is that in the television series when Rilian is first encountered underground, he has a mask over his face to hide his identity. This was to avoid spoiling the surprise by revealing Rilian's identity prematurely, as the actor who played Rilian had already appeared in flashback scenes.

The journey across Ettinsmoor does not appear to take as long in the television series as the novel, where it is described as taking 'many days'. The weather conditions the travellers experience are also much harsher in the novel, where the travellers battle extreme snow conditions. At the end of the television series, the Underworld is destroyed and the inhabitants appear to have been killed. In the novel, the earthmen had all been under the Green Lady's spell and, after her death, return to their home, the land of Bism in the deep land.

The Green Lady and the White Witch

In the television series the Green Lady, enchantress and Queen of the Underworld, is played by Barbara Kellerman, who had previously played the White Witch. This raises the question: are they supposed to be the same character?

In the novels by CS Lewis, there is no villain who is in any way as effective or memorable as the White Witch; however, her origin seems confused. In The Lion, the Witch and the Wardrobe (1950) it is rumoured that she is a cross between the demonic descendants of Lilith on one side and giants on the other. In Prince Caspian (1951) it is revealed that witches never die but can be resurrected, so a hag and a werewolf attempt to resurrect her before being killed themselves. In The Silver Chair (1953) it is speculated that the White Witch and Green Lady are 'of the same crew', that she and the White Witch are the same 'kind' and that 'Northern Witches always mean the same thing'. Yet in prequel novel The Magician's Nephew (1955), it is revealed that the White Witch was the last survivor of a dying world, having wiped out all life on her home world of Charn before being brought to Narnia by the magician's nephew, and is the only one of her kind in Narnia.

The White Witch comes across as a solitary figure who, we learn in The Magician's Nephew, would rather commit genocide than share her power even with her own sister. For the Green Lady to be either a former apprentice or descendant of the White Witch seems unlikely, but not impossible.

Overall both CS Lewis and the BBC adaptation leave the nature of the relationship, if any, between the Green Lady and White Witch open to interpretation.

The serial was broadcast on Sunday afternoons from mid-November to December 1990, capturing a family audience. It received BAFTA nominations for Best Children's Programme (Entertainment/Drama), Best Make Up, Best Design, Best Video Lighting and Best Video Cameraman. Like Prince Caspian and the Voyage of the Dawn Treader, The Silver Chair was directed by Alex Kirby.

The BBC's Chronicles of Narnia series ended, as it began, with a story with an item of furniture in the title. Like The Voyage of the Dawn Treader the story is a quest for a missing person, in this case a prince who is somewhere north of Narnia rather than seven lords who are somewhere east of Narnia. Interest is kept high as the mission goes wrong from the start, causing the audience to question the quest's success. This is an effective dramatic device that encourages the child audience to keep watching. Children may well find The Silver Chair the scariest of the BBC's Narnia adaptations. On the whole the effects have aged quite well, with the exception of the scene in which the Green Lady turns into an incredibly fake snake. Unlike the previous serials, The Silver Chair does not feature cel-animation. Through the use of camera angles and blue screen, the main cast effectively interacts with the giants, even in the scene in which Puddleglum becomes heavily intoxicated after drinking a beverage he is given by them.

One very minor criticism that can be made against the show is the use of the same opening sequence as the first two series. The map of Narnia is over a millennium out of date, with the Cair Paravel shown on the map unlike the Cair Paravel that Eustace and Jill actually visit. Most of The Silver Chair takes place north of the land of Narnia so perhaps it is a missed opportunity not to have shown a map of where they are travelling.

Despite this very minor niggle, the much-loved BBC series ended on a high point.

1This left three Narnia novels unmade: The Magician's Nephew, A Horse and his Boy and The Last Battle.2Doctor Who was first broadcast on 23 November, 1963, the day after CS Lewis died.3Dunluce Castle in Northern Ireland is believed to be CS Lewis' inspiration for the castle of Cair Paravel.