Captain Kirk's Romances in 'Star Trek' Content from the guide to life, the universe and everything 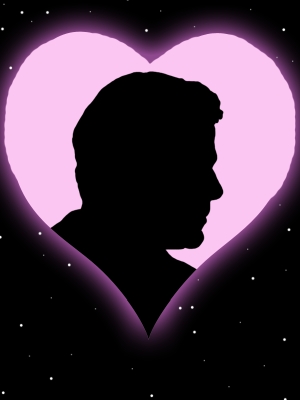 This article is based upon the science fiction creation Star Trek: The Original Series by Gene Roddenberry, and the films starring the same cast. Captain James Tiberius Kirk is the most popular fictional space hero, according to a 2010 survey by the Space Foundation website.

You'll learn something about men and women... the way they're supposed to be. Caring for each other, being happy with each other, being good to each other. That's what we call love. You'll like that a lot.
– Captain Kirk in Star Trek: The Original Series episode 'The Apple'

Power can be a strong aphrodisiac. The young, good-looking Jim Kirk, however, had no problems with getting a date even before he gained any pips. Born in Iowa in 2233, Kirk graduated from Starfleet Academy then worked his way through the ranks before taking command of the USS Enterprise in 2264.

Kirk had a relationship with molecular biologist Carol Marcus in 2260 which resulted in the birth of their son David Marcus in 2261. Carol raised David alone; he followed a scientific path himself and helped develop Project Genesis, which his mother invented. Kirk and his son had just reconciled in 2285 when David was murdered by a Klingon on the Genesis planet.

1/10 for Carol - they are exes when we meet her - but 10/10 heartbreak rating for David; it's the worst curse of the gods to outlive your own child.

Idealistic social worker Edith from early 20th-Century Earth was an unlikely mate for the futuristic Kirk. Nevertheless Edith and the displaced captain fell in love when he travelled back in time to locate Dr McCoy, whose actions in the past had altered their timeline. Spock discovered that unfortunately it was peace-loving Edith who was the catalyst, so Kirk had no choice other than to prevent Dr McCoy from saving her life, thereby restoring their timeline.

10/10. Kirk had to allow Edith to die; it doesn't get more angsty than that. If you listen to this episode carefully, you can hear his heart breaking.

Admiral Kirk met the marine biologist and cetacean expert Gillian in the USA of 1986 after another trip back in time, this time aboard a commandeered Klingon Bird-of-Prey, to save the Earth of the future. The away team needed to transport a humpback whale back to their own time to answer a probe which was only broadcasting in whale language. So it made sense for Kirk to make friends with Gillian, who not only worked at the Cetacean Institute in San Francisco, she was also personally in charge of two humpbacks called George and Gracie.

Kirk's plan was to repopulate future Earth using George and Gracie, as humpback whales had become extinct by the 21st Century thanks to whaling, but first he had to convince Gillian that he could take her whales somewhere safe1. They get as far as a first date but there's no time for anything more as they have whales and future Earth to save. Gillian steals a lift to the future and manages to secure a post on a science vessel. Before she departs, Gillian dodges Kirk's request for her telephone number by saying she'll contact him. They kiss goodbye, but it's just a peck on the cheek.

1/10 although it's likely they remained good friends.

We first meet Marlena in the Mirror Universe; she is the Captain's Woman and more than eager to please him, usually by bumping off his enemies. When our Kirk meets her, she's reclining on his counterpart's bed, but he turns down this opportunity to get to know her better. When she realises he's not her Captain but another Kirk from a parallel universe, she begs to return with him. Our Kirk gifts her to bearded Spock who is about to become captain as soon as he wrests control from barbarian Kirk. Back in his own universe, Kirk is surprised when new crew member Lt Marlena Moreau, looking very attractive in her red mini-dress uniform, appears on the Bridge to ask him to sign a report.

5/10. Kirk's not looking for a 'nice, likeable girl' is he? If Kirk and Marlena arranged some shore leave together it's likely the pairing was passionate, perhaps enough to hold his attention for a week.

Kirk lost his memory on a planet populated by descendants of Native American Indians who had been relocated by aliens many hundreds of years previously. The people adopted him as a god named Kirok, which was adapted from a fragment of Kirk's memory about his own name. He taught the tribe some life skills and married Miramanee, their priestess. Amnesiac Kirk spent a few happy months with her, oblivious to his previous life, while the Enterprise was trying to prevent an asteroid collision with Miramanee's planet. She had just presented him with a papoose carrier when she was stoned to death by Kirk's side, just before Spock and McCoy beam down to rescue Kirk from the same fate.

9/10. The devastating loss of his wife and unborn child would have broken a lesser man, but at least Kirk had the Enterprise to return to.

Rayna was the android companion to Mr Flint, a self-regenerating ex-pat of Earth who had lived many lifetimes there under various guises. Craving solitude, he moved to the planet Holberg 917G but got bored living alone so he created an artificial lifeform, an attractive female called Rayna. Flint taught her everything except the one thing he couldn't - how to love him. A visit by Kirk, Spock and McCoy livened things up for Rayna; she fell in love with Kirk. Flint had been hoping her feelings would be aroused so that she could return his own love, but that's not the way love works. Flint refused to let Rayna leave with the Enterprise away team, so Kirk suggested they let her choose between them. Rayna found the choice impossible, blew all her fuses and shut down, permanently.

9/10. Kirk is so devastated that Spock performs a rare act of compassion - using a Vulcan technique he wills Kirk to forget Rayna.

Although not one of Kirk's romantic interests, the communications officer of the Enterprise and her captain were forced to kiss by the mind control of an alien race called the Platonians. The story provided the world with its first televised inter-racial kiss (the episode was broadcast in the US during November 1968).

0/10. A fake performance for the audience.

You're only going to get this if you read slash fan fic. It's not difficult to find. Or write your own, of course...

10/10. Dr McCoy would rate this score with Kirk as well, but we don't think of them as a possible couple.

1Although when questioned further, Kirk states it's not where he can take them, but when.