The Channel Islands Content from the guide to life, the universe and everything 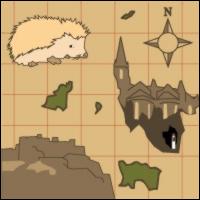 The Channel Islands are located closer to the French mainland than to England with a fascinating history behind them. Their character is unique; a mix of international jet setters and family beach resorts. Although they are not technically part of either the UK or Great Britain the people who live on them are predominantly English, cars are driven on the left (if they are driven at all) and the 'pound' is accepted as the main currency.

The Channel Islands are not considered part of the United Kingdom or Great Britain, nor are they colonies. They are in fact full territories, otherwise known as 'Crown Dependencies' - as is the Isle of Man. Each island has its own legislature. However, home rule is limited and matters such as foreign affairs, immigration and many other areas are still administered from London.

Jersey and Guernsey have their own independent state governments but Guernsey also accommodates the islands of Alderney, Sark and Herm, despite Sark's feudal system. While Jersey and Guernsey make their own laws, they have continued to pledge allegiance to the English Crown since 1066, when William Duke of Normandy became King William I of England.

The Islands' economies, traditionally reliant on agriculture, fishing and knitwear, have changed markedly since World War 2. In Jersey today, the industries that dominate the GDP (Gross Domestic Product) are:

Throughout the Islands there is evidence of a fascinating history. Elements remain in preservation from as far back as the Neolithic period. The Romans, the arrival of Christianity, the Vikings, the English Civil War, Napoleon, and the German occupation during World War 2 have all had influence on the history of the Islands. But they have remained entwined in the fates of two great nations - Britain and France - for over a thousand years.

On 14 June, 1940, Paris surrendered to the German army. The British government announced that they would not be defending the Channel Islands since they were of no strategic importance. The average population of the Islands at the time was around 104,000, and over 26,000 of the residents were evacuated to England before the German forces occupied the Islands.

First to be occupied was Guernsey on 30 June, 1940 followed by Jersey on 1 July, then Alderney on 2 July and finally Sark on 3 July. The main part of the occupation lasted for five years, during which time the German troops numbered in the thousands and heavy fortifications were built on the Islands.

Throughout this period, the Channel Islanders were forbidden to communicate to the outside world, except by means of 25-word Red Cross messages. These were not only censored but could take many months to reach their destinations. Very few people were permitted to travel outside the Islands; radio receivers were forbidden, as were the use of cars to the majority of the population. There were heavy penalties for anyone found in possession of a radio and the German forces would regularly perform checks on the homes of anyone they suspected were in possession of one. Small quantities of new clothing and domestic goods were imported from France but, in general, supplies of most commodities were in very short supply and often impossible to obtain.

From 1942 to 1943, two thousand British people (including whole families with children) were forcibly deported to camps in southern Germany. No reason for this was given at the time.

The war in Europe ended on 8 May, 1945 and on the following day the Germans surrendered the Islands. This day is now referred to as 'Liberation Day' and celebrated accordingly.

The largest of the Islands, Jersey, is also the most southerly, being located 100 miles south of Britain and 14 miles from the coast of France. It measures 45 square miles, supports a population of over 87,000 and has an international airport and large harbour.

Points of interest on Jersey are:

Jersey is an ideal location for walkers and cyclists and the beaches on Jersey are probably the best place in world for building sandcastles. Diving is also very popular and there are over 15 sunken wrecks in close vicinity to the island that visitors can explore. There is a keen surfing population too, which is hardly surprising as Jersey's 12m tidal range is one of the largest in the world!

Guernsey is the second largest of the Islands at 25 square miles. It is north of Jersey and south of Alderney and nearby lay the tiny islands of Sark and Herm. Guernsey has a population of around 65,000, an international airport and a large harbour. St Peter Port is the main town.

Attractions include the Norman Castle Cornet; the world renowned Little Chapel (a tiny place of worship thrice rebuilt) and the house in which the exiled Victor Hugo wrote Les Miserables. Numerous German defences remain from WW2, and the story of that unhappy time is retold at the German Occupation Museum.

Alternatively if you prefer a slightly happier experience visit the famous Guernsey Bird Gardens, where over 70 species of birds are housed.

Alderney is the most northerly of the Channel Islands and perhaps the most peaceful. Measuring three and a half miles long and one and a half miles at its widest, Alderney lies just nine miles west of Cap de la Hague in Normandy. There is a relatively large harbour and an airport, albeit less international than those of Jersey and Guernsey, but there are regular ferry connections and short airline hops to and from the larger islands.

Interestingly, in some of the high cliffs to the south and west of the island, the older, harder rocks are overlaid with sandstone; making Alderney the only Channel Island to contain this rock. Other rarities to be found on the island are the species of wildlife. These include some that are often found on mainland Europe but not in Britain - such as black rabbits and blonde (yes, blonde!) hedgehogs. There are about 1,000 of these hedgehogs and they are frequently referred to as 'Alderney Spike Girls'. Unlike albinos, these hedgehogs have a rare recessive gene, which gives rise to beady, black-button eyes and attractive creamy coloured spines. Alderney is the only Channel Island known to have them. What's more, unlike British garden hedgehogs, they don't carry fleas, although it's still not advisable to let children take them home.

Sark is a small island, just off the coast of Guernsey. Whilst only three miles long and one and a half miles wide, it boasts 40 miles of what must be one of the most picturesque coastlines anywhere in the world. There is no airport but there are reliable ferry links to Guernsey's harbour.

Owing to the small size of this island, cars are not driven. Instead the population employs bicycles to get about, although there is the occasional tractor to watch out for!

Sark is unique, in that it is Europe's only remaining feudal state. Its Seigneur, under a constitution dating back almost 500 years, officially rules Sark.

At only one and a half miles long, Herm is the smallest of the Islands (not counting the various rock protrusions around it) and the population of 40 not only outlaw cars, but unlike Sark, they don't even allow bicycles! Just as well then that Herm is an area of unspoiled natural beauty and consequently is a walker's paradise.

Also in the locale of Sark and Herm, are smaller islands with names that end in 'hou', such as Jethou (pronounced 'Jet-who'), Lihou and Breqhou. These smaller islands are privately owned or rented for the most part, and at low tide you can reach Lihou by foot. Although if you do this be sure you get back before the tide rises.

If you want to visit the Islands then there are reliable airline and ferry links to Jersey and Guernsey, and from there it's just a short plane hop or ferry journey to the other islands.