The Language of Snobbery Content from the guide to life, the universe and everything 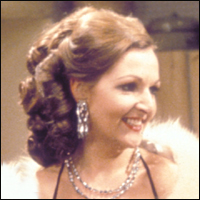 We are all overcome by snobbery from time to time. It's only natural for us to occasionally feel we are somehow superior. We assume airs and graces, and consider ourselves a class apart from certain other members of the human race. To this end, we have developed a fascinating collection of snooty words and idioms to use in these situations, particularly for describing our inferiors. This Entry describes a few of them, but before we deign to lower ourselves to such base language, we'll first take a look at the word for those who look in the downward direction.

You don't need to be a member of the superior classes to be a snob; it's enough just to show them exaggerated respect compared to other, lesser mortals. The word actually derives from an 18th Century term for a shoemaker, before the gowned folk at Cambridge University used it to refer to the townsfolk in general. In 1848, William Thackeray wrote The Book of Snobs, in which he described people who affectedly aspire to the upper classes, but it was only in the 20th Century that the word 'snob' carried the sense of someone who despises the common folk.

Today, we often qualify the term 'snob'. A wine snob, for example, is someone who pretends they can taste the difference between a bottle with a fancy label and one which is stamped 'Supermarket Offer of the Week'.

Naturally, snobs do not consider themselves to belong to the common folk they despise, and use a wide range of terms to emphasise their social exclusion. Each has a slightly different emphasis of meaning, and the following guide should help you choose the right word for the occasion.

Some low-life do not share our basic moral values. We have descriptive words for them, but these are aimed more at the individual than the whole class.

The word cad is a good example. Interestingly, its history is similar to that of the word 'snob'. Originally 'cadet', this was applied to servants in the 18th Century, before universities used it to refer to the boys from the town. The meaning then drifted to mean someone from the lower classes who attempts to secure relationships with well-bred women.

A bounder is someone similar, but the term, from the late 19th Century, may be slightly less derogatory. This 'would-be stylish person' is 'beyond the bounds' of acceptability. Rotter is another word from the same era.

A rake is not quite the same thing. This is generally applied to those who act with debauchery within the upper social circles. The Rake's Progress is a well-known series of paintings by William Hogarth, completed in 1734, which chronicle the decline of a young debauched spendthrift.

Calling someone a heel or a blackguard is tantamount to calling them a criminal. 'Heel' is 20th Century American slang, presumably in the sense of the heel of a shoe being low to the ground. 'Blackguard' is 18th Century and may derive from the black livery of servants.

Finally, the snob will take a dim view of such people's activities, and might well describe them as infra dig, a 19th Century abbreviation of the Latin infra dignitatem, 'beneath one's dignity'. An alternative is non-U (non-Upper class), a term which, along with U, was coined in 1954 by Birmingham University professor Alan Ross in a paper on upper-class English usage. It was subsequently popularised in the novels of British authoress Nancy Mitford.

Sir Edward Bulwer Lytton's 1830 novel Paul Clifford opens with the immortal line 'It was a dark and stormy night' – the sentence which inspired the fiction contest which bears his name. Yet, it was another phrase from that novel which we believe is the source for that most snobbish of epithets for the lower class: The Great Unwashed. Evidently these people are so low that basic hygiene is of no importance. 'Great' in this sense refers, of course, to their multitude, rather than any importance or eminence.

A far more insulting word is scum, but this carries with it all sorts of connotations of despicableness as well as filth, and is best reserved for small groups of nasty individuals rather than a large section of the human race. One exception is when describing supporters of a rival football team, for whom the term 'scum' has become almost de rigeur.

It was horrid to have all that rag-tag and bobtail down from town every year.
— Somerset Maugham, Cakes and Ale (1930).

It may sound like a cute set of names for pet rabbits, but rag, tag and bobtail is an 18th Century description of the lower classes. It has appeared in many forms over the years – 'tag-rag and bobtail' is another common representation. The phrase suggests the ragged untidiness of the individuals, along with their horses or dogs with docked tails. It lives on in part today in the word 'rag-tag', often used to describe things such as an irregular army.

Nothing like a yacht to ensure your privacy and not having to mix with the hoi polloi.
— Jeffrey Archer, A Twist in the Tale (1991).

That's the thing about the lower classes: there are just so many of them. Sometimes, it can be too ghastly to even refer to 'the many' in English, and we can instead use a foreign language euphemism. Hoi polloi, first recorded in English in the 17th Century, is Ancient Greek for 'the many' – they would have written it ‘οι πολλοι. As with 'snob', the phrase became established in universities; they even used it to label those students who achieved a pass rather than an honours degree.

And if Greek is too difficult, why not use Latin instead? Pleb is a 19th Century alternative, deriving from the plebeians of Ancient Rome – the common masses as opposed to the privileged patricians. The word may have come from the Greek plethos, meaning 'the masses'. Plebeians were not permitted to become senators, nor in the early Roman Republic could they become magistrates or even marry a patrician. Plebs slowly acquired civil and political rights over the years. Eventually, a plebeian assembly was formed, which issued laws known as plebiscites, however the term continued to be used to describe the lower social classes.

The lowest working class in Ancient Rome was the proletariat, a term later borrowed by Karl Marx to describe the class of waged labourers, as opposed to the capitalist bourgeoisie. Proletarian, and later the abbreviation prole, was and occasionally is still used as a derogatory descriptor for a member of the vulgar classes.

Labelling someone a Philistine is not especially derogatory today, but brands them as uneducated or unsophisticated. The term ultimately derives, of course, from the Biblical people – the enemies of Israel – who feature in the well known stories of Samson and Delilah, and David and Goliath. This word is another which derived from university slang; in this case it was German students who first applied the insulting term Philister to their non-academic neighbours.

The education system also spawned the term oik, short for oikman, a disparaging term for the uneducated working class. Possibly deriving from the term 'hoick' (to spit), pupils at Bootham School in York also used it to label anyone who spoke with a Yorkshire accent. Today, the term 'oik' often implies loutish behaviour

The streetes swarming with whores, buffoones & all manner of rabble.
— Diarist John Evelyn, 1645.

As well as inflicting their large numbers upon us, the lower classes just don't seem to be able to organise themselves properly. They're just an untidy rabble at times. This imitative word seems to derive from a similar root to the word 'babble', implying the rapid, incoherent speech of a crowd.

A more organised and indeed sinister group we might describe as a mob, short for mobile vulgus, 'the fickle crowd.' Mobs tend to become riotous and unpredictable fairly quickly, assuming a character of their own, so it's not particularly well-suited for describing a class of people.

Finally, if you just want to dismiss a whole section of society as being a worthless waste of space, then we have the ideal word for it. Riff-raff seems to bring together in a single phrase the whole idea of the lower class being disreputable, vulgar, unimportant and ill-bred, yet it doesn't sound particularly insulting in common parlance. The word seems to have come from the French rif et raf, meaning 'one and all', or the equivalent rif ne raf, 'nothing at all'. Jane Austen was one of the first to use the related adjective raffish, but this is generally taken to mean 'vulgar, but in rather an attractive way.'