John Peel, OBE - Broadcaster Content from the guide to life, the universe and everything 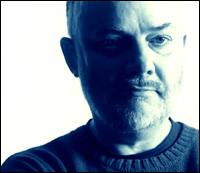 A respected radio DJ and champion of new music for over 30 years, John Peel was born John Robert Parker Ravenscroft in Heswall, near Liverpool on 30 August, 19391. After leaving the UK for the US in the early 1960s, Peel began his radio career in Dallas, Texas, where he covered the assassination of John F Kennedy in 1963, before becoming 'resident Beatles expert' with the KLIF radio station as Beatlemania began to sweep the States. Returning to the UK in 1967 he joined the pirate radio station Radio London, moving on to the BBC's new pop music radio station, Radio One, when it launched in September '67. His contract ran for six weeks; he would remain a regular BBC Radio One for 37 years.

The BBC's tight restrictions on needle time2 led to the idea of having bands come into the studio to record a session - a number of tracks, usually four, specifically for broadcast on the John Peel Show. These legendary 'John Peel sessions' provided exposure to countless bands over the years.

As part of his desire to bring music to a wider audience, Peel also launched his own record label, Dandelion Records. Initially set up to release records by his friend, folk singer Bridget St John, the label was also home to such acts as Gene Vincent, Clifford T Ward and Medicine Head between 1968 and 1972.

Always open to new musical forms and ideas, Peel's Radio One show embraced all types of popular and alternative music, from folk and psychedelic rock in the 1960s, through punk rock, new wave, hip hop, grunge and Britpop, to the current UK garage scene. A typical John Peel Show could include tracks by Elastica, Duane Eddy, Captain Beefheart, Nirvana, The Shadows, The Fall, a Belgian techno act, a spot of African folk music and a track from the latest Half Man Half Biscuit album.

Aside from his Radio One show, Peel also hosted BBC Radio Four's Home Truths, a weekly series to which members of the public contribute anecdotes about their family life. Peel's wry humour lent itself well to this format, and was viewed as a unique example of cross-generational broadcasting in the way he attracted the core Radio 4 audience as well as some of those who regularly listened to his Radio 1 shows.

Peel often claimed his favourite single of all time was 'Teenage Kicks' by the Undertones, possibly because the band was one of many who might never have been as successful as they were had Peel not promoted them and paid for them to record the demo that led to their first record deal.

John Peel received an OBE3 for his services to broadcasting, was the subject of a glowing tribute on This Is Your Life4, and a full evening of tribute programmes on BBC television, John Peel showed no signs of growing old gracefully. His sudden death on 26 October 2004 at just 65 shocked many, and left British music with one less champion for the musical underdog.

1This suggests that the DJ in question was not the subject of the 18th Century folk song 'Do Ye Ken John Peel'.2The number of records which could be played during a set period of time.3An Officer of the Order of the British Empire - one of a number of titles issued by the Queen twice a year.4A TV programme which goes through the personal history of celebrities.