Atheists and Christmas Content from the guide to life, the universe and everything 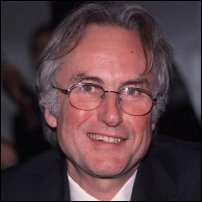 There is something magical about Christmas when there is real belief in the air - whether that is a Christian celebrating the birth of Christ or a three-year-old starry-eyed at the prospect of Santa. Other than that, I find that less tends to be more - just enough decorations, just enough rich food, just enough good company, and only if you want them.
- An atheist h2g2 Researcher

To a great many people Christmas is one of the most familiar holidays of the year, characterised by such a diverse set of symbols as chocolates, snow, holly, fir trees, a jolly old man, presents, puddings, poultry, and of course nativities. The matter of atheists and their relationship with Christmas is occasionally a source of consternation for those among the Western religions, who may accuse them of wanting to ban Christmas or being hypocritical in celebrating it. This Entry looks at a few simple questions surrounding atheists and Christmas, but does not attempt to cover the wider matter of how religious persons celebrate it.

The other part is more interesting: 'Isn't it hypocritical of atheists to celebrate a religious festival? The argument against this viewpoint includes the fact that Christmas is an increasingly secular festival, with many aspects not requiring the Christian religion at all. You might even argue that Christmas has very little to do with religion, and is simply an age-old festival that was renamed to popularise Christianity.

More importantly, though, it is wrong to assume that atheists cannot enjoy the religious aspects of Christmas without being hypocritical. For instance, religious Christmas carols can be enjoyed for their aesthetic nature or as part of a long-held tradition without actually believing in the God they mention.

This question may seem simple, but remember that atheists are a diverse bunch with a whole range of views and practices. Many atheists subscribe to all or some aspects of the modern secular festival called Christmas. Some may even indulge in some of the religious aspects, such as the nativity scene, without actually believing there is a God. It is not at all uncommon for atheists to send cards that read 'Merry Christmas', though they may choose not to send cards with a religious motif. Meanwhile, others may choose to celebrate the winter holiday without calling it Christmas - to be fair, Christmas is only one of several names for a celebration of the winter solstice.

Do Atheists Want to Ban Christmas?

Almost universally: no. This misconception is based on an urban myth surrounding Birmingham Council's efforts to drum up business by creating the catch-all term 'Winterval' in 1998. As opposed to a replacement for Christmas, Winterval was intended as a commercial season that included Advent, Christmas Day, Boxing Day, Yuletide, the Winter Solstice, Hannukah, Chinese New Year, Ramadan / Eid depending upon dates, Diwali and New Year's Day. The urban myth that the council intended to replace Christmas is exactly that – a myth. The council didn't even quote atheism as a reason for the creation of Winterval, but that hasn't stopped it being a source of atheophobia.

It's worth noting that Oliver Cromwell, the Puritan who famously oversaw the banning of Christmas in the 17th century, considered the celebrations to be too Pagan.

Why do Atheists Celebrate Christmas?

As mentioned above, atheists are all different. However, some reasons might be:

What do Atheists do at Christmas?

Again, this differs between individuals, but some popular pastimes include: