A Chronology of Time Content from the guide to life, the universe and everything 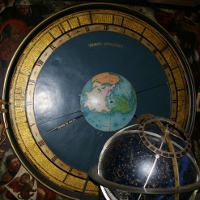 Time seems a simple system to keep track of the days, bedtimes and dates, but once you start thinking about it, it's a rather complex concept. There are different calendars, like the Jewish, Arabic and Chinese, but the calendar explained below is the one used in the Western world.

Firstly, the calendar is based upon two factors:

A year is made up of 365 days, which is the approximate time it takes the Earth to travel around the Sun. Since the Earth's journey around the Sun is actually closer to 365 and a quarter days, an extra day is introduced once every four years. This means that the year has 366 days instead of 365 - such a year is called a leap year - and the extra day is 29 February.

A year is divided into four seasons; winter, spring, summer and autumn. Each season lasts three months and they are mostly based on the changing of the weather - winter is the cold season and summer is the hot one. Since weather varies around the globe, the exact times at which the seasons are considered to start vary from country to country. For example, some countries consider the shortest day of the year (21 December) to be the middle of the winter, while others consider it to be the start of winter.

In America and in many countries in Europe, the seasons are set by tradition to start at the solstices or equinoxes, that is, the times when the sun is farthest north, farthest south and over the equator. These days vary slightly from year to year, but are roughly as follows:

In the UK, although there's no official date for the seasons to start, they are generally considered to be as follows:

Ancient traditions saw the seasons starting even earlier. The Celts in Ireland and Scotland considered 1 November to be the first day of Winter, while in England, 24 June was Midsummer's Day and 25 December was Midwinter's Day.

Very close to the equator, there are no real seasons, as it is hot all the time.

A year is also divided into 12 months. Each month has its own name: January, February, March, April, May, June, July, August, September, October, November and December. A month is either 30 or 31 days long, February being the only exception, with 28 days in a normal year or 29 in a leap year.

The moon takes slightly less than a month to circle around the Earth. The result is that the phases of the moon and the tides of the ocean do not occur on the same days each month.

The week, unlike the rest of the time periods, has no relevance to the movement of the sun or moon. Tradition in Jewish, Christian and Muslim countries dictates that God set aside one day in seven as a day of rest, giving rise to the human weekly cycle of life. Judaism considers Saturday to be the day of rest, as do the Christian sect called 'Seventh Day Adventists'. Other Christians take their day of rest on Sunday, while for Muslims it is Friday.

A day is the time the Earth takes to turn around once. This means that, if you are standing on the equator, the sun lights the scene for a period of 12 hours, and the other 12 hours are dark. These are known respectively as day and night. Away from the equator, the boundaries are blurred - between day and night there is an intermediate twilight period.

During the French Revolution, a system of decimal time was introduced, dividing the day into 10 hours and further subdividing these into tenths and hundredths. It didn't catch on.

There are 24 hours in a day, often divided into morning, afternoon, evening and night. There are no defined time periods for these, as it varies from place to place, and varies through the year. This division of the day is often used in greetings (eg good morning).

There are 60 minutes in an hour, and each minute is further subdivided into 60 seconds. A second is the smallest standard measure of time; anything smaller is measured in fractions of a second. A second is also the universal standard unit for measuring time.

A non-leap year has;

Daily time can be told by either using the 12-hour clock or 24-hour clock method.

12-hour clocks are more traditional, due to the fact that a circular clock face divided into 12 partitions is easier to read, and can show hours, minutes per hour, and seconds per minute. The day is divided into two 12 hour partitions, one for the morning (midnight to midday) and one for the evening (midday to midnight). The time is told as the time that has lapsed since start of the current partition, while stating whether it is morning or afternoon.

For example, 'ten past five in the morning' would mean five hours and ten minutes since midnight.

'12.30 in the afternoon' would mean half an hour (30 minutes) past midday. Note that in this case 'twelve hours' is an exception to the case and is read as zero hours.

'Quarter to two o'clock' means the time is quarter of an hour (fifteen minutes) before it becomes two hours since either midday or midnight.

Some people puzzle over how to write noon and midnight in the 12-hour system. 12 o'clock noon is neither before noon nor after noon, so should it be am or pm? Convention has it that midday is written as 12.00pm and midnight is 12.00am.

The direction the hands travel on an analogue 12-hour clock, from top to right to bottom to left, have given us the term 'clockwise' and its slightly more cumbersome opposite, 'anticlockwise' or 'counterclockwise'.

24-hour time has increased in popularity since the invention of digital clocks, which display the time in figures rather than on a dial. The time is told as four numbers, the first two being the hours since midnight, and the last two being the minutes past the hour.

There are a few very old analogue clocks around Europe where the hour hand goes around once every 24 hours, but this is confusing and was soon supplanted by the 12-hour system.

On 1 November, 1884, at the International Meridian Conference in Washington DC, USA, the time zones were designed. The 24 standard meridians, every 15° longitude East and West of 0° at Greenwich, England, were designated the centres of the zones.

The International Dateline, the point at which all dates start, was drawn to generally follow the 180° meridian in the Pacific Ocean. Because some countries, islands and states did not want to be divided into several zones, the zones' boundaries tend to wander considerably from the straight North - South line.

This system was, as the name says, designed to save daylight. It divides the year into periods, known as 'summer' and 'winter'. When summer starts, you set your clock one hour forward. This means that you will get up out of bed an hour earlier in the morning, allowing you to use the daylight due to the sun rising early in the summer. When the winter sets in, you set your clock one hour back, to avoid having to get up when it's still dark in the morning1. Unfortunately there's no international date for the resetting of the clock, so confusingly, the US does it one week later than Europe.

1Of course, near the North and South Poles, it's dark 24-hours a day during the winter.