The History of Dowsing Content from the guide to life, the universe and everything 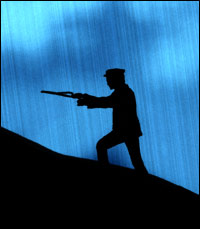 I know very well that many scientists consider dowsing as a type of superstition. According to my conviction this is, however, unjustified. The dowsing rod is a simple instrument which shows the reaction of the human nervous system to certain factors which are unknown to us at this time.
- Albert Einstein

Dowsing is as old as mankind. It is claimed that the actual act of dowsing, which involves looking for hidden things using a twig or rod or something – anything – that gives an indication as to the location of the hidden or searched-for item, is an instinct within all humans and one that we have forgotten in the main how to use.

The ancient art of Rhabdomancy, as dowsing was originally known, has been practised since time immemorial. At one time, people used intuition to determine where objects and influences were coming from, and it appears that as mankind evolved, this inner sense diminished. While the inner knowledge or skill may have diminished, the art of dowsing using implements such as pendulums, rods and the like, evolved from this time. Ever since written records have been kept, the art of dowsing has been recorded.

Ancient Egyptians and Babylonians dowsed using split reeds, and the early Chinese Emperor Kwang Sung (circa 2200 BCE) was known to have dowsed. The Chinese art of feng shui, that is, sacred geomancy or building, evolved from a theory linking geomancy with rhabdomancy.

The Romans and Greeks dowsed using all manner of oracles. Even the early Jews used dowsing for their own benefits, and recorded the act of such in the Old Testament.

A number of scholars made themselves seem foolish by attributing unnecessary complications to the rustic skill of dowsing. Precise descriptions of how to look for gold and other precious metals were developed, demanding elaborate almost ritualistic preparations, including the acquisition of expensive gold and silver divining rods to ensure success. The fact that village dowsers achieved the same results with a twisted bit of twig showed the worthlessness of the scholars' detailed methods.

During the Middle Ages and beyond, dowsing was very much a hush-hush affair, with an association with the mystical unknown and the occult. What with talk of witchcraft and the Spanish Inquisition on the European continent, it was by far the best policy to keep any form of divination, including dowsing, very much low key!

Apart from Egyptian temple and funeral paintings, the earliest printed illustration of dowsers does not come from an occult text, but rather from a book on finding metals: De Re Metallica by Georgius Agricola. This book shows early metallurgists searching for veins of metal in the earth using forked twigs, which Agricola refers to as Virgula Furcata, meaning a forked stick.

In the 15th Century the British Isles were famed throughout the known world as a centre of excellence for magical and esoteric arts. German dowsers came to the West Country, bringing their tin divining skills to England. The Germans then travelled down to Cornwall where they successfully located veins of tin, allowing new tin mines to be established for the Cornish landowners.

In France, dowsing was very much in vogue in the 17th Century. This was mostly due to the mineralogists Baron and Baroness De Beausoleil, who together established a thriving mineral company through their successful use of dowsing. Sadly, the two lost all their money locating mines and died in the Bastille after being accused of witchcraft.

Later theories on dowsing emerged, the scientists often coming to the conclusion that somehow dowsing and electricity were linked, perhaps with a bit of mesmerism thrown in just to be on the safe side.

A massive treatise into dowsing, La Physique Occulte ou Traite de la Baguette Divinitoire, was written and published by the Abbé De Vallemont. Though it was initially given the backing of the Catholic Church, the Church decided to backtrack slightly after the treatise's publication, and after conducting a deep and meaningful investigation into the phenomenon in 1853, declared that dowsing worked because it was the devil his very self that pulled and twisted the dowsing rod to give the accurate results. The devil, it seems, even then had all the best sticks!

This was immediately challenged in Catholic France by Michel Eugène Chevreul in his book, De La Baguette Divinatoire, published in 1854 and paving the way for more studies to be made.

In England dowsing was very much part of folk culture, like horse-whispering, and like many other activities such as spell-casting and divination by stones, it was claimed to work. Therefore, there was every need to continue its use and not dismiss it as a work of the devil — sanity prevailed!

Dowsing attracted many characters to it, including WS Lawrence from Bristol, who was born in 1810 and for 70 years of his life dowsed in a semi-professional capacity. Lawrence was a stonemason and 'cunning man' who used dowsing in his work. For dowsing Lawrence used a steel wire bent like a horse-shoe for finding minerals, and a large forked hazel twig for water. Curiously, upon finding his quarry, Mr Lawrence would suffer muscular spasms that were most debilitating and energy-sapping, thus reinforcing the mystique about his work to any onlookers, which re-emphasised the magical aspect of dowsing.

Mr Child of Somerset wrote one of the first popular books on dowsing, Water Finding, published by the East Anglia Daily Times in 1902. Mr Child and his family were amazed to discover that he had the ability to successfully dowse, after he emulated another dowser at work. With the use of something as simple as a watch-spring he, too, could find water.

Another English mason who became a full-time dowser was John Mullins, who picked up the art from another dowser who visited the Wiltshire estate on which Mullins worked in 1859. Twenty-three years later, John Mullins established himself as a full-time dowser. He would only charge his fee if he was successful in his findings — which he frequently was, as the business grew and was taken over by his two sons. John Mullins was another advocate of the forked hazel twig, and he insisted on a new stick being used for each job being undertaken and the stick's being taken from the locality of the work to be commenced.

In 1959, Verne Cameron, a professional Californian dowser, contacted the United States Navy and told them he would locate the entire submarine fleet using only a map and a pendulum. The navy accepted the challenge and Cameron successfully located not only the US submarines, but also the position of Russian submarines around the world.

In the early years of the 20th Century a French priest, Abbé Mermet, successfully proved his belief that, if it was possible to divine the location and state of an underground stream, it should be equally possible to use dowsing to find out about the human bloodstream. The Abbé used a pendulum for his dowsing and he coined the word radiesthesia to refer to the use of dowsing in medicine. Also developed during the early 20th Century was a field of practice called radionics, by which practitioners aim to tune into the energy wavelengths of individuals. However, as well as the dowsing technique, radionics also frequently uses a special dialled instrument for detailed diagnosis and treatment.

The Christian Church at one time generated a lot of superstitious nonsense with their witching laws because religious leaders believed that dowsing was a form of witchcraft. Thankfully that is no longer the case, and there have been many studies of dowsing since that time.

Even the British Army's Royal Electrician and Mechanical Engineer regiment (or sappers) used to train their regiment on how to dowse for water.

The US Army went one step further than this and trained soldiers in Vietnam to dowse for unexploded bombs and landmines. It is not known how many lives - both military and civilian - this simple technique has saved in its use in clearing minefields.

Whether a scientific or a psychic phenomenon, from whatever viewpoint, started by miners looking for metals, developed by civil engineers looking for water sources, condemned by the Church as evil, used by armies and medicinal personnel worldwide to save lives — dowsing is a phenomenon in itself that has many applications far and above those from which it first started to cater for.

There are more things in Heaven and Earth, Horatio, ......
- from Hamlet by William Shakespeare