How to Play Open Mic Nights Content from the guide to life, the universe and everything 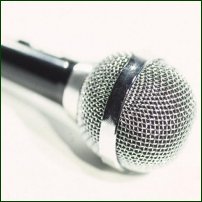 The first step that many musicians take is the 'open mic' night. In many towns and cities, pubs and bars open up their stages once a week to enable unknowns to play their music to people. If you are starting out, the open mic night will give you a chance to gain experience, receive feedback and perhaps, if you are lucky, to start establishing a fanbase and sell some records. This Entry is written mainly for singer/guitarists but most of it is applicable to other people.

So, let's assume you are musically-talented and want to get on stage, what do you do first?

Firstly, you have to decide what you want to do. Most people who play open mics are singer/guitarists who play guitar and sing along. Quite a few acts are duets; there are some small bands, beat-boxers, keyboardists, the list goes on. One thing to remember is that acts have to change quickly, and it is unlikely that there will be a drum kit, so no bands that need drummers, please.

The majority of acts will play a guitar. It is important to bring along the correct type. Most open mics, especially at pubs, will just have a PA1 system which you can plug your instrument into. The best instrument to play is an electro-acoustic guitar. These are acoustic guitars which have an inbuilt amplifier and are perfectly suited to being connected to a PA system.

Normal acoustic guitars can sometimes be used. The venue may have enough microphones for your vocals and guitar, or it may be small enough for it to be played unamplified. A metal resonator guitar can also be used in smaller venues, especially if you want to recreate a juke-joint blues feel. Don't worry too much if you don't have the correct guitar; you can normally borrow one at the venue.

Keyboards tend to plug into PA systems easily: however, remember to bring all your cables and power supplies with you.

Check Out The Venue

It is wise to perform reconnaissance on your chosen venue before you play. There are good reasons for this:

The first is for you to see other people perform. Take note of what they do and how well they are received. Also try to find out who seems to be running the night. Make a note of how long you get to play: normally acts get two or three songs. Find out what time the night starts and when it ends; knowing this information will aid you in your battle to drag friends along.

The second is that you can show your face, and also make the venue seem more familiar to you. Playing a strange venue is a lot harder than playing somewhere you know.

It is important to determine what kind of music is played. Some venues claim to be for singer-songwriters only and will throw you out if you play a cover version. At other venues, most of the acts play cover versions. At some more enlightened venues, they ban people for playing Oasis and Radiohead covers. Some venues prefer folk, anti-folk or blues; others are open to all sorts. Some venues will mix music with poetry, others won't.

You should check out what the audiences are like. Some open mics are run in the middle of busy pubs; these can be raucous and intimidating because half the people are trying to talk over you. Other nights could be established in the upstairs room of a pub or coffee bar, these will generally attract a more attentive audience and a much more respectful attitude.

Some venues charge admission, others don't. Some will charge admission for the audience but will allow musicians in for free. In general, if the place charges, the audience will really want to be there and will be more receptive, though you might find it difficult to drag a lot of people along to watch you.

Check out the layout of the venue. Check what equipment they have. Where is the stage in relation to the audience? Is there a stage or just a chair? Which idiot decided to stick a pool table straight in front of the stage?

Now you have seen the venue, and decided what songs you want to play. If you only play covers, choose carefully. It is highly recommended to avoid Oasis or Radiohead covers, as already mentioned, because everybody has been playing them for years and people are tired of hearing them. If you play your own songs, then great, but if this is your first time, consider playing a cover song to get the audience on your side.

Remember, if you are doing cover versions people will be familiar with the songs - so rehearse them a lot to get them perfect. If you can add your own touch, then that could go down well.

If the venue normally allows you to play three songs, practise four just in case. It is always better to be over-prepared than under-prepared. Remember, rehearsal is the most important part of the performance. When you can play and sing every song perfectly, you are halfway through rehearsing2.

When you decide to play, make sure that there are no unexpected events that might delay the night. Some pubs will delay the open mic if there is football showing. The football crowd will be drunk, loud, and believe it is their duty to put you off. It is also likely that your set will be shortened.

Before you head off for the venue, rehearse everything again. If you have an electro-acoustic guitar, make sure that the battery in the onboard amplifier is fresh. Ensure you have everything you need. If you are taking a guitar, remember to include a tuner, spare strings, leads and batteries. If you use a keyboard, then remember all your equipment, because it is unlikely that there will be spares at the venue.

Plan to arrive well before the night starts so you can make sure you get a spot. Some open mic nights fill up very quickly.

Bring in a Crowd

While you may not want to embarrass yourself in front of your friends, it is best to take along a couple of mates. Talking to your mates before the gig will help you take your mind off your fate. On stage, if you can see some friendly faces or hear people cheering you on, it will give you confidence. If the gig went well, they can sit there and praise you. If it went badly, they can lie to you so as not to hurt your feelings.

Very few venues hold open mic nights just in order to encourage new talent; primarily the aim is to draw in a crowd and make money. Therefore, if you roll up with an audience, they will be more receptive to having you perform again.

Before You Go On

The first thing to do when you get there is to introduce yourself to the host. He should put you on a list of who's playing. Check how many songs you are allowed to play. If possible, try and get a slot in the middle of the night. If it is your first time, you don't want to kick off proceedings, as it can be very nerve-racking. Some hosts will do their own set to warm up the crowd; this at least avoids the problem of having to convince somebody to do the first slot. Being the last act on is no fun either, because you will only have a small crowd left, and most of them will be drunk. The staff will be tired, fed-up and will want you to finish!

If you haven't brought a guitar, ask if it is possible to borrow one. The host will likely know someone who will lend you a guitar. You have now made a friend who will be guaranteed to watch you perform.

Have a drink if you want to, but do not rely on 'Dutch Courage', as it will always end badly. Keep track of what you are drinking; if you are nervous and on late, you may find it very difficult to walk to the stage!

Make sure your guitar is in tune at least ten minutes before you go up. Then if you break a string, you can still replace it. Even if you tuned up before you left the house, it is likely to be out of tune now after being subjected to the outside air and the warm, smoky bar atmosphere.

If you see any acts you really liked, go up and congratulate them. You will make a new friend and that person and their friends will likely watch you.

Now is the Time

Walk confidently up to the stage. If you act confidently it can actually have the effect of giving you confidence. It will also give the audience a good first impression. You will be plugged in and hopefully sound-checked. This just involves checking that the guitar works with the PA and your vocals can be heard.

Introduce yourself, smile and play your first song. Enjoy yourself.

If you make a mistake, do not stop or apologise. This is especially true if you are playing your own songs, where nobody will know if you get the lines the wrong way round. As soon as you apologise, you have lost the benefit of the doubt. Just keep smiling and look like you are enjoying yourself.

After the first song: talk to the audience, tell a joke or give a little intro to the next song. People respond to you better if you have a little bit of banter, rather than just playing through your set. Keep an eye out for the host who may wave at you asking you to cut your set short. This is not a slight on you, it is because the night is running late and they want to give everybody a chance. Don't ignore them, because you are just starting out, and you need as many friends as possible.

People will clap and cheer, so enjoy it. Ignore offensive hecklers; they are just drunk, have no manners and lack the courage to do what you are doing.

After your last song, smile, thank the audience and the host, unplug and walk off triumphant.

Unless you have pressing business elsewhere, stick around and listen to the other acts. Leaving straight after your own set implies a lack of respect for the other people who are playing. If you are lucky, people will come over to talk to you, and may give you some advice.

Think about what you did right, and what worked well with the crowd; these two things may not always be the same!

Now you've done it once, you probably can't wait to do it again. Hopefully a career in music awaits you. Even if it doesn't, at least it gets you away from the television for an evening or two!

1Public address system: normally an amplifier, mixer and a set of speakers.2If you can only play half a song badly, you can still go down quite well in Sheffield, but don't count on it happening anywhere else!