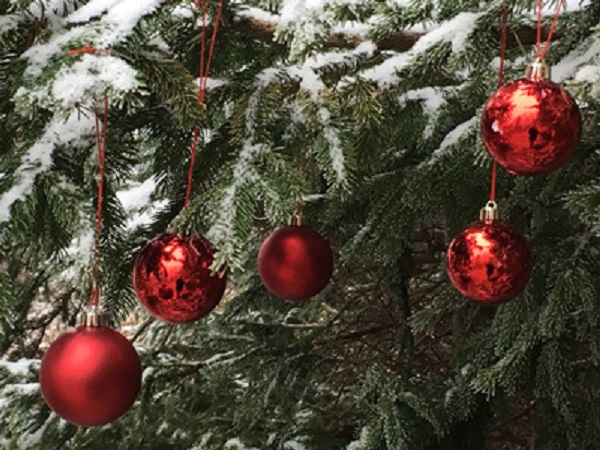 The mid-1950s through 1960s were a great time for our family. My uncle and aunt would come from Schenectady, New York, with their three children. Uncle Chester had snow-white hair even in his thirties, while Aunt Rudy's hair was raven-black. They were as good-looking a pair as you could want. Rudy had been the May Queen in her hometown in high school and stayed very good-looking well into her forties. Chester had a square jaw that Nelson Rockefeller or Dudley Dooright could have been proud of.

The cousins were also beautiful (maybe I was a little envious of them). I remember when I was six and Pam was eight, we would amuse ourselves by jumping up and down on my bed. The next year I expected Pam to join me in this exercise, but Pam was now a more mature girl of nine, and such things were no longer ladylike enough for her.

My parents' house had been designed with a central chimney open on two sides. Heat would get into the walls that lined the short, curved corridor to my parents' bedroom and help protect against the cold winter days and nights. Somehow my parents managed to put up a wire mesh screen in front of the fireplace that they could hang stockings on.

The Christmas tree went in a corner of the living room next to the multi-panelled picture window. There was an electrical outlet in the lower part of the wall so Christmas lights could be plugged in.

I was never much good at wrapping gifts, but my brother had wrapping skills in spades. I remember that my father always waited until the last minute to wrap gifts. We would exchange gifts among the extended family on Christmas Eve, after which the uncle and aunt and cousins would drive over to my aunt's childhood home in the next town, where her parents still lived.

The big gifts for my brother and sister and me would be left under the tree for us to discover Christmas morning. I can't remember whether these were usually wrapped or not. It always depended on their size.

Maybe I remember those days with such fondness because of what happened in the early seventies: Pam's younger sister and brother came to grief. The brother committed suicide in 1974, and Pauline (the sister) became so hard to handle that their parents gave up on the marriage. Relations continued to get worse, to the point where, shortly before Uncle Chester died at the age of 94, Pauline wrote him a letter so terrible that relations between them were totally severed.

But if I think about the times when the cousins were young and innocent, and my uncle and aunt were still the envy of many, I can summon up some happy memories of those lovely times.