This photo comes from the h2g2 Post's collection of submissions to Create's November project.

A Moat Full of Poppies 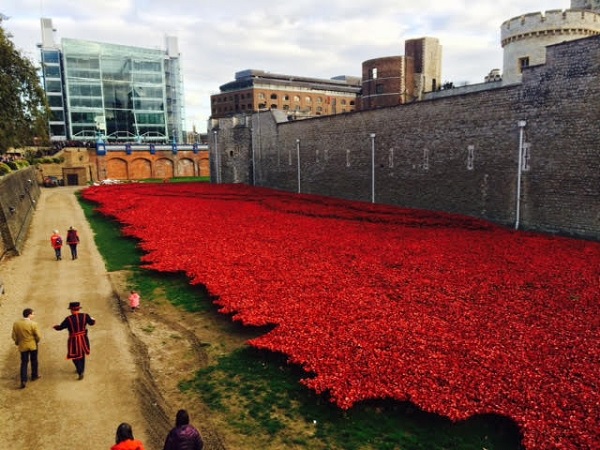 Back when this event happened, your Post Editor was running around madly trying to find a usable picture of it, with no luck. But Deek made one: and it's super! We'll let him tell it:

This photo was taken at the Tower of London in 2014. It is of the moat being almost filled with ceramic poppies. It was to commemorate the centenary of Britain's involvement in WW1. There were in all 888,247 of them made. Mrs D bought one of them in respect of her uncle Louis who died in France in 1918. (It's the one at the back, third from the right).

For those who don't know, the poppy is a symbol of remembrance for the Great War. The intense fighting in that war churned up fields, causing a sudden growth of wildflowers in some places. The contrast between the death and destruction and the hope represented by the flowers inspired a soldier to write the famous poem.

In Flanders fields the poppies blow

Between the crosses, row on row,

That mark our place; and in the sky

Scarce heard amid the guns below.