November 2017 Create Challenge: NaJoPoMo, The Challenge That Will Not Die 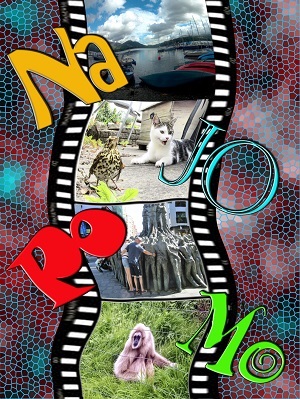 It's that time again. NaJoPoMo. To review the history of this august h2g2 feature, we quote from last year's challenge:

Nobody likes change, right? So, after six years of doing this, we're going to do it again, exactly the way we've been doing it.

This year, the Post Editor is going to float a new and original NaJo idea. We know how dangerous this is, but fools rush in. If you send an original photo to postteamhg-at-gmail-dot-com, the Editor will upload it and include it in the Post Team's November NaJo, titled Pics from a Small Planet. We'll give you credit. Remember to include your usernumber, to keep the Editor from using unseemly language, and a brief description of the photo and anything you might want to say about it. Do not assume the Editor can tell what he's looking at: the Editor is a space alien and an idiot.