We love this story. In fact, we may go out and sing at the moon. But we're leaving the cats indoors.

'I must learn more about the moon!' said Ralph, to himself, whilst gazing in awe at a dazzling full moon.

'Firstly, though, I shall write a moon-tune'.

And so he sat out in the yard with his piano keyboards and composed his tune, whispering his cryptic lyrics as if they were appearing from out of the moonlit atmosphere.

Over the next few days, Ralph played his work to various friends and acquaintances, to test their reaction.

Mrs Anderson, his neighbour, thought it was a lament for a lost civilisation, and it inspired her to write a slim volume of science fiction poetry, illustrated with hand drawn hieroglyphs that didn't look Egyptian.

His friend Jim thought it sounded like the soundtrack to a documentary about English gardens, and that it was particularly evocative of herbaceous borders.

Jim's cat, meanwhile, flicked its tail and prowled around in a strange way for several days.

Wendy from the pub said that she did indeed hear the silvery moonlight in the lyrics, but the piano melody reminded her of a dream she once had, involving a long train journey through a chrome city, and a curious looking lizard eating its way through a packet of cheese sandwiches.

Ralph was delighted when he heard these random reactions. 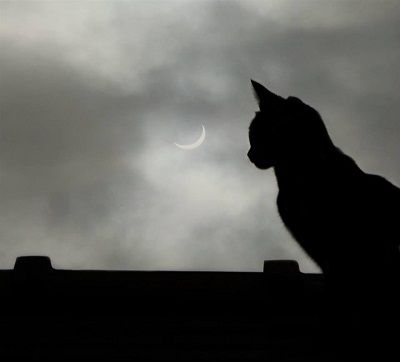 The moon can inspire a tune, and send us slightly mad, but a tune cannot inspire the moon. The moon doesn't think about herbaceous borders, cheese sandwiches and lost civilisations. The moon follows its own laws, just like you have paws'.

Jim's cat stared at him, and then ran very fast up a tree, for no apparent reason.

The following month, when the full moon reappeared, Ralph once again sat out in the yard and gazed up at the sky in awe.

He had written his moon tune, and had understood.

Wendy was in the pub, watching the moonlight glinting off the jukebox.

Mrs Anderson had heard from her agent, who thought that her poems were strange enough to be included in a magazine that featured strange poetry.

Jim's cat curled up on Jim's lap in front of the TV and purred loudly while the moon orbited the Earth, following its own laws.