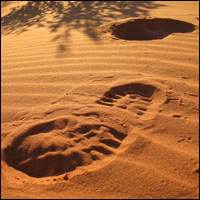 For the last week it's been the story that refused to go away. Volcanic ash-related travel chaos. But airports in the UK finally began opening up on Tuesday night after an unprecedented six-day ban had left tens of thousands of Britons, and countless other travellers, stranded around the world.

The Eyjafjallajokull eruption in Iceland, while not in the same league as Tambora or even Krakatoa, sent clouds of volcanic ash across Europe that were a danger to commercial airplanes and prompted a lockdown of airline traffic. The result? A no-fly period that left tourists reliant on airborne propulsion with no choice but to stay put, try and seek alternative accommodation and start tucking into their Duty Free Toblerones1.

The papers have been full of stories of people finding ingenious ways of getting home, by land or by sea and by any means necessary. TV historian Dan Snow mounted a flotilla of rescue craft to bring beleaguered Brits back from Calais - before the French authorities put a stop to it, while John Cleese reportedly paid more than £3,000 for a taxi ride from Oslo to Brussels. Anyway, all this got us thinking about the epic and protracted journeys we have made in the name of getting back to home sweet home.

1Other airport-bought chocolate and nougat confectionaries are available. 2We know we have.3Voguish term for the trend to holiday within the UK in recent months. Of course, some people have been doing this happily for years.