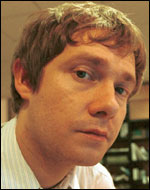 It took us a good few hours to whittle the submissions for our photography competition down to 100. We took a break and then began to reduce the list down further, to 30 and finally, at 7.30 on Friday 25 June 2004, we had our ten finalists who would be sent to the judges, Robbie Stamp and Martin Freeman. The final ten caused the h2g2 Eds a lot of heartache as we saw personal favourites ousted from the list.

What We Were Looking For

In truth, from the total amount of submissions we had over 500 that could have made the grade on another day; we were genuinely spoilt for choice. But ten was the figure we were aiming towards, and ten would have to be the limit.

As the rules for the competition stated, only entries from UK residents would be accepted - as per the standard BBC rules. Despite this, we did receive some submissions from overseas Researchers - some just wanted to have a go for the fun of it, some were possibly being a bit cheeky. But for the selection process we decided not to check the location of any of our entrants until we got down to the last 30. While it helped us reduce the list down a little when we realised a few of our 30 were from overseas, it didn't make saying goodbye to them any easier.

Those that were unsuccessful in making the final list needn't be too disheartened. Over the next few weeks, we'll be adding them to h2g2's Edited Guide in one way or another. Some of them sit perfectly with existing entries while others have shown us that there are new guide entries just waiting to be written. We're looking forward to giving each of the photographers the exposure they deserve. This also extends to some of the submissions that came in way after the closing date.

We should state here that we had a number of criteria when looking through the submissions. Firstly, we wanted something that we couldn't see just by looking out of the office window (which sadly saw at least three amazing 'sunset over London' submissions eradicated from the list, as great distress to us all). Next, we wanted images that were quirky and in the h2g2 style. Finally, we were looking for pictures that were as much about the choices of the photographer as the view itself - we received some great photos of very impressive sculptures, monuments and buildings, but the photos themselves looked a little flat. We also received an astounding amount of sunset views, which makes the inclusion of three of the finalists all the more impressive. We also tried to get a good selection of pics that complemented each other as a collection. Hopefully, we succeeded.

So, down to the final ten. Click each picture for a bigger shot and a bit of background on how it came to be shortlisted.