Useful Elvish Phrases Content from the guide to life, the universe and everything 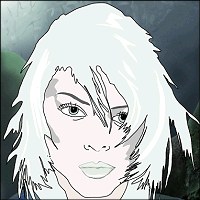 Here are some handy sentences in Quenya, the language of the High Elves in JRR Tolkien's Middle-Earth. They are useful if you want to impress your friends or are just interested in Tolkien's fascinating invented languages.

The matter of Quenya pronunciation can be extensively discussed. All that can be mentioned here is that it is similar to that of Italian, but the h is fully pronounced, and c and g are pronounced hard (as in car and garden). An acute accent mark on a vowel (eg á, é) is not used to mark the stressed syllable, but indicates a long vowel.

If a word ends on e, usually it is written as ë to indicate that it is not silent1.

There is a set of rules on stress, which are too long to discuss here. For now, it will be enough to say that the stressed syllable is either the second-to-last or the third-to-last one.

Márë Quenyannar quenteli
1However, the e is pronounced even if it's not marked.2Not attested in Tolkien's works; literally 'Good day!'3The verb ná (to be) has only been used in the third person; here it is assumed that its first person form is the same.4The famous greeting of Frodo to Gildor.5Here envinyatar is the closest possible translation of 'Doc'. Literally it means 'renewer', but is also used with the meaning of 'healer'.6Not attested; deduced from vorima - repeated, continual.7Literally, 'be it so'; a word for yes has not been seen in any Quenya text.8Literally, 'What goes upwards shall come back'.9Literally, 'Do not interrupt my rest!'10Literally, 'find'.