'Keeping Up Appearances' - the Sitcom that Introduced the World to Hyacinth Bucket Content from the guide to life, the universe and everything 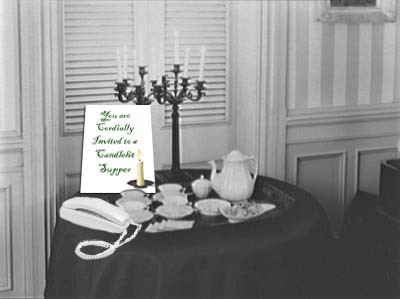 Keeping Up Appearances is the sitcom that introduced the world to indomitable snob Hyacinth Bucket ('It's "Bouquet"'), her loyal husband Richard (whose surname was simply pronounced 'Bucket' before he met Hyacinth), and her sisters Violet ('the one with the Mercedes, swimming pool and room for a pony'), Rose ('all the men like Rose, that's her problem') and Daisy ('she's not the one with the Mercedes, sauna and room for a pony'). The 44 episodes1 were originally broadcast between 1990 and 1995 on the BBC in the UK but in 2016 the show gained the distinction of being BBC Worldwide's most exported television programme. It has travelled around the world from Bulgaria to the USA and can often be found on Internet streaming services.

'The Bouquet Residence - Lady of the House Speaking'

The charms of the show centre on the behaviour and mannerisms of Hyacinth Bucket. Constantly striving to rise above her working-class origins, she is comfortably middle class, thanks to Richard's reasonably-well-paid job in the local council, but aspires to be upper class. She loves her family, and will make every effort to help them when they need her, but her facial expressions comically convey her embarrassment when they threaten her aim of keeping up appearances.

Hyacinth is infamous for inviting people round to the house for 'Candlelight Suppers' and is very proud of possessions such as 'my Royal Doulton2 with the hand-painted periwinkles' and 'my white slimline telephone with last number redial'. She often looks out at what her neighbours are doing, and is careful to project the right sort of image over to them ('If we can't afford a gardener, that is all the more reason to look as though we can afford a gardener').

'They are my Family and I Love Them Dearly'

Hyacinth's sister Violet is married to Bruce. Bruce is a 'turf accountant' (a bookmaker, who takes bets on horse races) and is very wealthy, so Hyacinth is envious of Violet. However, Violet's marriage is not a happy one, as Bruce has affairs and engages in eccentric behaviour, such as sitting in a tree or wearing fancy dress, and they throw objects at each other during arguments.

Daisy is married to Onslow. They are unemployed and spend most of their time drinking beer while watching television - the programmes they watch include Open University courses, so they occasionally have philosophical discussions, but mostly their conversations involve Daisy trying to persuade Onslow to rekindle the passion of the early days of their relationship. Their car is an old banger which backfires loudly, drawing the attention of Hyacinth's neighbours whenever Daisy and Onslow visit, much to her embarrassment. When Hyacinth visits their terraced house, the dog that lives in the clapped-out car on their front yard always barks at her3, causing her to fall into the hedge in fright.

Hyacinth's youngest sister Rose lives with Daisy and Onslow. She is usually either in a relationship with an unsuitable man, or depressed because she is not in a relationship. She wears short skirts and finds Hyacinth's acquaintances, including the vicar, attractive, much to Hyacinth's dismay.

Their father lives with Daisy, Onslow and Rose. 'Daddy' has dementia and often disappears, forcing Hyacinth to team up with her sisters to find him. Some of his exploits include riding off on a bicycle wearing nothing but long johns and a wartime helmet, and patrolling outside buildings with a bayonet. His attitude to women is established in the first episode, when Hyacinth learns he has had an accident chasing after the milk delivery lady while riding his bicycle naked. In other episodes he nearly gets married and even visits a strip club, causing Hyacinth yet more embarrassment.

Richard does his best to help Hyacinth with all her schemes to ingratiate herself with people she admires, and puts up with her quirks, such as her telling him to 'Mind the horse, Richard' ('It's in the field, Hyacinth') whenever he drives her anywhere. He sometimes shows irritation, but more often he rolls his eyes and tries to do as Hyacinth asks - when he gets it right, Hyacinth can be very grateful, making his efforts worthwhile. He gets on well with Onslow and many other characters who sympathise with him when Hyacinth makes particularly difficult demands.

Richard and Hyacinth's son Sheridan does not appear in the series4 but we learn a lot about him through the telephone conversations he has with his mother. He studies Tapestry Design and Advanced Needlework at a polytechnic university and lives with a fellow needlework student called Tarquin ('Oh, you and Tarquin aren't interested in girls. What a comfort that is to a mother's heart, dear') but he is always in need of money to fund his lifestyle - Hyacinth almost always persuades Richard to send him some.

Hyacinth's neighbours mostly try to avoid attracting her attention, and will cross the road to pass the house, in case she tries to invite them to a candlelight supper. However, Liz who lives next door can't avoid Hyacinth so easily and is often invited in for coffee.

After falling foul of Hyacinth's instructions ('Do sit down, Elizabeth; make yourself at home - oh, not there, dear; I like to face the window') and learning what Hyacinth would like to do to people who damage her fine china ('One fell into the hands of my brother-in-law Onslow - I could have killed him!'), Liz becomes so nervous she shakes whenever she holds a cup and saucer. Hyacinth instead gives her a 'beaker' (the archaic literary term for what is commonly known as a mug - of course Hyacinth is not common) and even then the coffee often gets spilled.

Liz's brother Emmett also finds his hands shake whenever he is given a teacup by Hyacinth. He does his best to avoid Hyacinth because she found out that he is a musician ('She'll sing at me, I know she will...') but rarely succeeds.

Hyacinth is keen to impress the local vicar, and often volunteers at parish events, much to his dismay, but she still insists he should get her name right. Mrs Councillor Nugent, on the other hand, is a stern woman with power in the local area, so Hyacinth does not dare to correct her when she says 'Mrs Bucket'.

Hyacinth also puts up with disturbing behaviour by men of rank for the sake of keeping up appearances. The Major is someone she approves of as a guest at her candlelight suppers, but he finds her very attractive so she has to struggle to avoid his advances and maintain decorum ('It's a good thing he's a Major - if he were a Sergeant, he wouldn't get a foot past the door...'). Similarly a Commodore molests her as soon as he gets the opportunity, but she does not shirk her duty to ensure he is dropped off at the train station on time.

'People of Substance in this Community'

Patricia Routledge plays Hyacinth, and brings depth to the role so the character is not just irritating, but the viewer can sympathise with her to an extent as she struggles to keep control - there are people like that who can be found around the world and hence the show has international appeal. Her ability to convey humour through not just words but also her facial expressions and body language (such as when she would like to say something unbecoming, but struggles to hold it in) help to make the show, as do her physical abilities (such as throwing herself forward like a rugby player in order to catch a flying teacup).

Born in Birkenhead on the Wirral, Patricia Routledge started her television career in BBC theatre programmes. She took roles in various TV series, including in Coronation Street in 1961, and had small parts in 1960s films. In 1996 she took the title role in the series Hetty Wainthropp Investigates.

Clive Swift plays Richard, and he, too, brings depth through his bemused facial expressions and his body language depicting weary resignation or wry humour. Born in Liverpool, he also took roles in television theatre, as well as small parts in various films and TV series including Doctor Who. After Keeping Up Appearances he had roles in TV series such as Peak Practice.

Onslow is played by Geoffrey Hughes. He was born in Wallasey on the Wirral and took various roles including the voice of Paul McCartney in the animated film Yellow Submarine (1968). He became known for the role of binman Eddie Yates in Coronation Street and went on to appear in police drama Heartbeat and sitcom The Royle Family. He was appointed Deputy Lord Lieutenant of the Isle of Wight in 2009, as he had moved there in 2003 and supported local causes including the Red Squirrel Trust.

Elizabeth is played by Josephine Tewson, who was an established comic actress before Keeping Up Appearances - she performed alongside Ronnie Barker and Jimmy Tarbuck, amongst other comedians - and also made an appearance in Coronation Street. She went on to appear in the sitcom Last of the Summer Wine.

London-born Judy Cornwell plays Daisy - she appeared in period dramas and played Anya Claus, the wife of Santa, in Santa Claus: The Movie (1985), amongst other roles. She went on to appear in the soap opera  Eastenders. Rose was played by Shirley Stelfox in the first series, and Mary Millar thereafter. Violet only appeared in the last series, and she was played by Anna Dawson.

Keeping Up Appearances was written by Roy Clarke, who contributed to series such as Spyder's Web and became known for numerous sitcoms including Open All Hours (which starred Ronnie Barker) and Last of the Summer Wine (of which he wrote more than 250 episodes between 1973 and 2010). The last of the closing credits of Keeping Up Appearances goes to Harold Snoad, the producer and director, who was also a veteran of comedy and sitcoms - he directed episodes of Dad's Army and Are You Being Served?, amongst many others.

1Five series of eight half-hour episodes, plus four Christmas Specials.2A fine china tea set.3But not Richard or any of their other visitors.4Apart from a cameo in one episode when he is in a taxi and the back of his head is seen.