Pollution Detection - the Case of the Garfield Telephones Content from the guide to life, the universe and everything 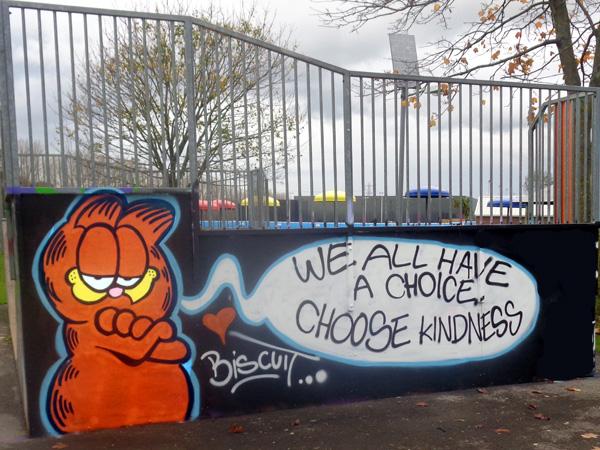 Waste in the ocean, whether intentionally or accidentally released, is a global problem. There are laws aimed at preventing items entering the water in the first place, and various organisations around the world dedicated to locating and clearing up human-made detritus. However, the problem has been made worse by the advent of plastic as it is a substance that takes hundreds of years to decompose and it can cause untold amounts of harm to marine life in that time.

One of the most colourful, but no less disturbing, examples of plastic pollution in recent years is the case of the Garfield telephones.

Garfield is a cartoon cat who first appeared in newspaper comic strips in 1978. The popularity of the laid-back ginger tabby cat led to spinoffs such as books, TV cartoons, films and a vast array of merchandise.

One particular item of merchandise was a telephone in the shape of Garfield, with the handset concealed in his back. These telephones were made in Hong Kong and shipped around the world. A fan would have been delighted to receive one, but Ar Viltansoù, the organisation tasked with cleaning the beaches of Brittany in France, was not pleased when parts of the plastic devices were discovered being washed ashore in the 1980s.

Over the years, hundreds, if not thousands, of pieces of Garfield telephones have been found on the coast of France (around 200 pieces were found in 2018 alone). In 2017 Garfield telephones were added to the Ocean Plastic Tracker list for people to report their finds. The brightly-coloured items are gathered up one-by-one by the beach cleaners, but the source of the plastic pollution remained a mystery until 2019.

In 2018, the magazine FranceInfo launched #AlertePollution, an appeal on social media to encourage people to report cases of pollution in their area. The case of the Garfield telephones featured in the magazine on 18 February, 2019.

As a result of the appeal, a witness came forward - after a storm some time in the 1980s, he and his brother had found a shipping container that had been deposited in a cave at Cape Finistère, but they had not reported it at the time1. The action of the sea and the weather had chipped away at the container until it began to release its cargo in bits and pieces.

On 22 March, 2019 at low tide, an expedition visited the cave and located the remains of the container, plus yet more bright orange Garfield telephones, solving the mystery at last.

While the release of more Garfield telephones from the shipping container was able to be prevented, the problem of the pieces already at sea was not so easily solved - Ocean Plastic Tracker continues to record sightings of orange plastic on the beaches of Brittany.

1Shipwrecks and cargo losses are common in that area as it is a busy shipping route.