'The Count of Monte Cristo' - a Novel by Alexandre Dumas Content from the guide to life, the universe and everything 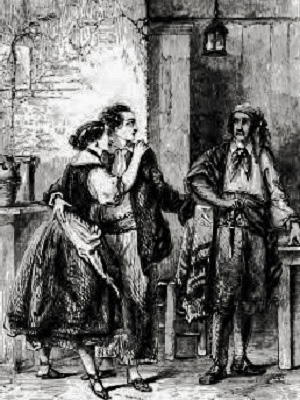 This book was written by Alexandre Dumas under the title Le Comte de Monte-Cristo and was published in 1844-5. The edition discussed here is by Vintage Classics, published in English in 2009. It has 1,462 pages.

A book of this length can appear daunting to many readers, but it is set out in numerated, headed chapters. Some sequences of chapters relating to characters, events and subplots are short stories in themselves, some of which appear irrelevant at first but, as you progress with your reading, provide essential knowledge and understanding to the developing plot.

The story begins in France in 1815 at a time when divisions between 'Royalists' and 'Bonapartes' were at their height. Edmond Dantès, a 19-year-old sailor, is on the threshold of being appointed ship's captain. He is betrothed to Mercédès (pronounced Mer-sed-ez) but is cunningly betrayed by his envious ship's crewmate (Danglars) and a jealous suitor of Mercédès (Fernand). He is arrested on his wedding day and subsequently wrongfully incarcerated by the ambitious Royalist magistrate (de Villefort).

Imprisoned in a dungeon in the infamous Château d'If, Dantès spends six despairing years in solitary confinement. Owing to a misnavigated escape tunnel being dug by the Abbé Faria in an adjacent dungeon, and with a credible effort by Dantès, the tunnels interconnect and they are able to traverse between cells and communicate in person. This slightly happier state of affairs continues for a further eight years, during which time the Abbé educates Dantès, alerts him to the names of his enemies, and finally confides in him the existence of a vast treasure hoard on the Isle of Monte Cristo.

Following a series of short, acute seizures, the Abbé dies and Dantès escapes from the Château d'If in an opportunist and very risky way. Attempting to précis the remaining 1,200 pages encapsulating the recovery of the treasure, the emergence of the Count of Monte Cristo and the vow of vengeance carried out by Dantès in such a cold and calculating manner, even resorting to using the latest high technology of the day, the telegraph, would devalue the richness of the chapters that describe them so eloquently.

Read the book for yourself and you will not be disappointed. It is widely available in libraries and can also be ordered online in print and e-book editions.

To aid the reader, it may be helpful to explain the status of Dantès' enemies after the first 14 years.

Following his escape, Edmond Dantès has adopted the title of Count of Monte Cristo and also uses the aliases of Lord Wilmore, Sinbad the Sailor and Abbé Busoni.

There have been a number of films released with the title The Count of Monte Cristo1.

It is a daunting task to try to encapsulate the intrigues and nuances of the novel in a film of around two hours in length, especially when the main purpose of the film is to thrill and entertain the audience as well as making a profit. So for aficionados of the novel, the films are a disappointment to say the least.

Television has also ventured into The Count of Monte Cristo field, with two series in particular:

The 1964 BBC version is the most faithful to the storyline of the book and features excellent acting throughout. It is available on DVD. The slight irritation in watching this continuous DVD is the ending and restart of each episode after 25 minutes. Watching this adaptation, however, encourages members of the audience to want to read the book, this Researcher among them.

In summary this is a beautifully written book, which slowly increases in pace as you read it, with the last 300 pages or so reaching a crescendo of anticipation and the reader has difficulty putting it down despite its size and bulkiness. It is also a book that can be re-read at intervals of several years and still be as fresh, gripping and exciting as the first time, but with greater understanding and appreciation as you anticipate the ending. Will it be happy, sad or deeply dissatisfying? 'Wait and Hope' are named as the final two words in the book (some of us make that three!)

Definitely a book for a desert island!

1There have been two films with the title of The Countess of Monte Cristo, in 1934 and 1948 respectively, but they bear no relationship to the novel so may be safely discounted from this Entry.