DVD Extras: The Pros and Cons Content from the guide to life, the universe and everything 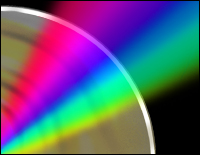 When DVD was introduced as an alternative video format to VHS in the late 1990s it was a godsend to film buffs everywhere. No longer would they have to endure speckled pictures and muffled soundtracks; no more having to wait while the tape rewound, fast-forwarded or got eaten. The loathsome pan & scan format1 also became a thing of the past: the majority of films on DVD would be presented in the same screen ratio as that in which they were shot.

Furthermore, the 'V' in DVD stood for 'versatile' (although 'video'2 is equally valid). The sheer volume of additional data that could be contained demonstrated this versatility. No longer just a film - alongside the main feature you could have anything you ever wanted to know about it.

Now available were multi-language audio tracks, directors' commentaries, deleted scenes, documentaries, original theatrical trailers, multi-angle storyboards, cast & crew biographies, photo galleries... Nowadays, the list of 'added value' is ever-increasing - and some of it is even invisible (at first). Many discs offer so-called 'Easter Eggs'3: content that is not immediately obvious from the menu screen and has to be searched out, using the direction buttons on the remote control.

But are these 'bonus features' really worth it? Do they offer you any understanding of the film-making process that you couldn't have gleaned elsewhere?

Frustratingly, the answer is yes and no. As with anything to do with the film industry nowadays, it all seems to depend on how well a particular film did at the box office - or how much a studio needs to recoup if it failed. So, for instance, a guaranteed money-spinner like Star Wars Episode II: Attack of the Clones will get the full, lavish two-disc treatment that, in the main, does give an engrossing insight to the overall production. On the other hand, a title like the 2001 remake of Planet of the Apes - that did not perform spectacularly on initial release - still merits a DVD loaded with occasionally interesting (but ultimately shallow) extras in the hope that they will offset the accompaniment of an arguably mediocre film.

What of the extras' overall quality? Since there isn't the space for an intimate probing of every example, perhaps it's best to compare versions of possibly the two most sought-after features.

On DVD, documentaries generally come in two recognisable styles: the 'retrospective' or the 'EPK material'.

As its name implies, the retrospective documentary is an all-new production that takes a fresh look at the making of an established favourite or perhaps a title that has come to be regarded over the years as a classic. It offers an in-depth examination of one or several aspects of a film's creation.

As there is no longer any need to 'sell' the movie, some of the interviewees can be refreshingly candid. 'Warts and all' stories of the day-to-day struggles on the set or with the studio executives abound, along with genuinely interesting observations on how certain sequences came together.

For the older films, on-set footage can be something of a rarity and an extensive trawl through the studio archive is required. It can uncover some real gems. One of the most exhaustive documentaries of this kind can be found on the 2004 DVD release of the original Star Wars trilogy.

These longer-than-average features are usually included on the so-called 'Special Edition', of which more later.

He is just the most amazing co-star: there is nothing that man cannot do. He just came out and nailed the role right off the bat... What else can I say? He just is that character!

The above quote (or something very similar) can be heard on virtually any DVD whose extras comprise EPK material. EPK stands for Electronic Press Kit. It is a series of interview clips and carefully selected 'Behind the Scenes' footage, provided to the media at the time of a film's theatrical release so they can claim an 'exclusive sneak peek' at the latest blockbuster. It purports to show that working 18 hours per day, six days a week for four months4 represents the absolute zenith of cool experiences.

Of course, its main purpose is to sell cinema tickets. The principal stars are contractually obliged to 'bang the drum' and no compliment is too great for their fellow cast members. (Unless, that is, you hear the words 'admire' and 'professionalism' in the same sentence: it usually means there wasn't much bonhomie between the actors concerned.)

Naturally, bar a couple of 'Oh, so that's how they did it' revelations about the visual effects5, this doesn't furnish the viewer with much of an education in the art of film-making. However, sometimes it's all the studio has and it provides the basis for either a 20-minute featurette or several shorter ones. As the EPK crew are permitted to be on set almost all the time, it indicates that the studio has the content of the future DVD in mind even before filming has started.

We're sitting here being remunerated for what is ultimately the cancer of film - which we claim to love above all else.

So stated a contemplative Jack Nicholson6, during his closing remarks on the commentary track for As Good As It Gets. This was before the studio displayed the disclaimer about views being expressed not being those of itself or the parent company, etc.

The 'Yak-Track' (as it is sometimes known) is, if done well, a desirable thing to have on a DVD. It can represent a historical document from the film-makers themselves, giving their version of what occurred over the course of the shooting schedule. The commentaries can feature one or several members of the cast & crew: either specially recorded during a live viewing or edited together from relevant interviews.

However, just as with the documentaries, the quality can vary tremendously. A director who clearly knows his craft and doesn't mind talking about it, such as Ridley Scott7 or Peter Jackson8, can be engaging, frank and lucid in his observations: keen to guide the viewer through every scene. However, on the other side of the coin, there are those (such as Tim Burton9) who appear to find the process discomforting and leave such long pauses that you have to double-check you selected the right audio track!

One Steven Spielberg10 (though happy to give filmed interviews) actively refuses to record commentaries for his films, as he feels it destroys the cinematic experience he spent so much time seeking to provide.

Then there is the 'text commentary': an alternate subtitle track that allows small boxes filled with movie trivia to appear on the screen at intervals during a relevant scene.

The term 'Special Edition' can be applied either to specially-created, newly-restored versions of genuine classics or (more often than not) to the heavily-promoted, double-disc sets that are now de rigeur for every bona fide blockbuster.

In respect of the latter, there is now a trend for studios to issue a relatively featureless DVD shortly after a film's theatrical exhibition with another, packed version ensuing - usually (though not always) to generate interest in a forthcoming sequel. The film X-Men is a blatant example of this (with its '1.5 Edition'). Some could also cite The Lord of the Rings: The Fellowship of the Ring: a two-disc version was followed by a four-disc extended cut only three months later. However, the latter can be defended because it was publicised at the time of the former's release. Also, with their abundance of quality features, the 'Extended DVD Editions' of the Lord of the Rings trilogy have come to be highly regarded as representing the very best that the format has to offer.

The film Shaun of the Dead (2004) is an example of a DVD that is a Special Edition in all but name: it included a feast of extras on its first release. Conversely, there are others - such as Withnail & I (1987), All the President's Men (1976) and The Elephant Man (1980) - that are critically acclaimed yet received issues devoid of anything substantial, bar the main feature.

1Where a 'letterbox'-shaped film would be scanned for the almost-square TV format, meaning up to a third of the film's frame could be missing.2It isn't clear as to which came first, but 'versatile' is the more correct, as a DVD can hold more than just video.3The DVD that has arguably more Easter Eggs than any other is Moulin Rouge! (2001): it has 15 known items.4This refers to the the most arduous part of making a movie: the principal photography. It is sandwiched between the pre- and post-production phases. The latter can be even more gruelling - particularly if the studio has set a tight release date that must be met, come what may.5A general rule of thumb is that if a lot of time is spent discussing the visual effects, then the plot is next to non-existent.6American leading man since the 1970s, famed for his quizzical eyebrows.7Former BBC designer and director of countless commercials who has a painterly visual style. His films include Alien (1979), Blade Runner (1982) and Gladiator (2000).8New Zealand film-maker. Director and co-adapter of the Lord of the Rings trilogy (2001 - 03).9American director. A former Disney animator with a tendency towards the Gothic.10American director whose films number among the most commercially successful in the history of cinema.