Walt Kelly v Joseph McCarthy: Okefenokee Swamp (and Pogo) to the Rescue Content from the guide to life, the universe and everything 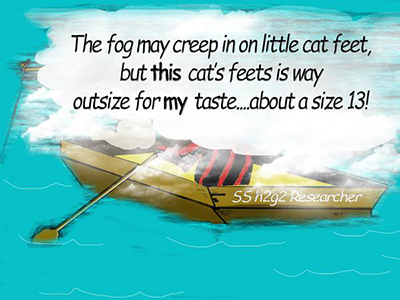 God is not dead – he is merely unemployed.
- Walt Kelly in answer to Nietzsche's statement and Time magazine's 1966 query

Walt Kelly (1913-73) was arguably one of the greatest satirists and cartoonists of the 20th Century. His long-running comic strip Pogo, which is set in a fictionalised Okefenokee Swamp1, set a high standard for combining social and political criticism with literary joie de vivre, philosophical depth, and humanitarian values. In the 1950s, Kelly's work was beloved of college students, who sported 'I Go Pogo' buttons in 1952 instead of 'liking Ike'2. If Pogo had actually run, he might have done well but for two things: most college students couldn't vote back then, being under 21, and in the comic strip, Pogo's enthusiastic supporters loaded a boat and headed to Washington, absentmindedly leaving their candidate behind. Such is US political life. It was a shame, really: Pogo and his friends supported environmental action, feminism, and equal rights for all. Considering it was the 1950s, they were way ahead of almost everybody else in the country.

Not everyone was thrilled with Walt Kelly and his cartoon possum, however. Anti-Communist conservatives and humourless newspaper editors had it in for him. Particularly when he took on that superstar of the red-baiting crowd, Senator Joseph McCarthy, and lampooned his short but alarming reign in 1950s Washington. This is the tale of what happened when Simple J Malarkey showed up in the Swamp, and why Sis Boombah, the Rhode Island Red, wasn't allowed to see his face.

But first, a brief introduction to the citizens of Okefenokee Swamp.

Don't Try to Drain This Swamp

The talking animals who inhabited Walt Kelly's Okefenokee Swamp were temperamentally just like humans – at least, as Kelly saw them. They were by turns venal, mendacious, suspicious, silly, and totally lovable. In other words, fallible but worth the trouble to sort out.

Unlike most humans, however, Kelly's friends spoke a made-up patois that might have intrigued James Joyce and puzzled a linguist. 'Swamp Speak' was a combination of Gulf Southern dialect (as imagined by a denizen of Bridgeport, Connecticut3) and pretty nearly every literary reference and pun the erudite cartoonist could think of to stuff in there. Swamp critters sometimes wore bits of costume, sometimes not. They lived in furnished hollow trees, or shacks, or wherever their species really lived. They rowed boats and sometimes read newspapers. They were quite often aware of their surroundings – to wit, in a comic strip. They leaned on the panels. They struck matches4 on the sides of the drawings, as if they were solid. One character remarked, 'I'll go home now, and stop crowding up the panel.' If you hate it when cartoonists breach the 'fourth wall', don't read Pogo.

Okefenokeans were naïve, profound, and transparently mendacious, often in the same day's strip. Here are some quotes that demonstrate some of the characters5.

Basically: Pogo is the everyman hero, Porky Pine the curmudgeonly philosopher, Albert the comic relief, Miz Mam'selle Hepzibah and Miz Beaver the strong female leads, and the rest of the swamp – including the bumblingly scheming Howland Owl and Churchy La Femme6   – a mirror of humanity. Only much, much funnier.

The early 1950s in the United States were years of 'scares'. There was the Red Scare, the fear that communists were taking over the government, the entertainment industry, and intellectual life. There was nuclear angst and the fear of atomic warfare. There was the fear of disadvantaged minority groups demanding their civil rights. All in all, people in the prosperous US were afraid of a lot of things. These fears were taken full advantage of by ambitious politicians such as Joseph McCarthy.

McCarthy, who claimed to be a war hero – claims later shown to be highly exaggerated – equally claimed to have a list of 205 active communists and Soviet spies working in the State Department. As a two-term senator from Wisconsin, McCarthy led an inquiry into alleged communist activity in the government. Not one allegation was ever proven. Still, McCarthyism, as it came to be called, made a lot of Americans nervous for a lot of reasons. People who believed McCarthy were afraid of the damage these communists might do. Those who thought red-baiters were dangerous blowhards were afraid of the damage McCarthy might do to democracy. Walt Kelly decided to introduce the red-baiters to the Swamp, and see what the Swamp would make of them.

Here's a brief timeline of what we might call, in deference to Senator McCarthy's agenda, the Okefenokee-McCarthy Hearings:

Where Can I Find This Story?

Walt Kelly's Pogo comics can be found in the series Pogo: The Complete Syndicated Comic Strips. The saga of Simple J Malarkey forms but a small part of Volume 3: Evidence to the Contrary, edited by Carolyn Kelly and Eric Reynolds, 2014. Volume 3 contains the daily strips from 1953-54, plus the coloured Sunday strips from the same period.

You're addicted to animation? Well, okay, try this out for size: The Pogo Special Birthday Special is totally a-political and all harmless fun with Pogo, Porky Pine, Mam'selle Hepzibah, and the gang, including Basil the (Bald-Headed) Butterfly. Animation is by the renowned Chuck Jones, and voices are by Walt Kelly as Albert the Alligator and Howland the Owl, Chuck Jones as Porky Pine and Basil the Butterfly, and June Foray as Pogo and Mam'zelle Hepzibah. Enjoy: they obviously had a lot of fun, and you get to hear a bit of the Go Go Pogo song.

1The real Okefenokee Swamp is a 1,770 km2 wetland straddling the Georgia-Florida border. It is not reported to be inhabited by talking animals who wear clothes, row boats, or vote in elections. They haven't been recorded singing Christmas carols with funny lyrics, either. But you never know: Waycross, Georgia has adopted Pogo the Possum as its goodwill ambassador.2General Dwight David Eisenhower's nickname was 'Ike'. His political slogan was 'I Like Ike'. Strangely, it worked, and he was elected.3We remind our non-US readers that Connecticut is in the far north of the country.4These days, this would probably be terribly politically incorrect. But so would Albert the Alligator's cigars.5An exhaustive table of all the characters in Pogo would be impossible, even given limitless virtual space. Walt Kelly himself estimated that there were at least 1,000 that appeared in the strip at one time or another.6A turtle: say the name aloud until you get the pun.