'Star Trek' Characters - Guinan Content from the guide to life, the universe and everything

This entry is for entertainment purposes only. The Star Trek name, fictional characters and places and all references to relevant timelines remain the copyright of CBS Paramount Television. Some knowledge of the Star Trek universe is required to fully enjoy the entry. Warning: contains spoilers. 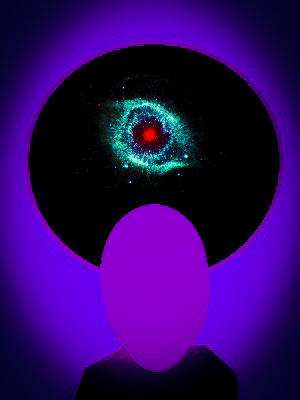 Guinan is an El-Aurian, a race of listeners almost wiped out by the Borg1. They live across the galaxy light-years from each other and have a lifespan of several hundred years. Guinan is the character in the Next Generation who has Data the android officer's down-to-Earth side, yet also something (similar to the omnipotent Q, almost) about her having superhuman qualities. She is the one everyone trusts but they don't really know why.

Guinan lived on Earth within the North American continent during the 19th Century. She first met Jean-Luc Picard, captain of the starship Enterprise-D, in 1893 when he and a few of the other senior crewmembers took a trip to the past. Sometime later Guinan was trapped in The Nexus2 (an alternate reality), but was rescued by the Enterprise-B in 2293 (along with Soran, the baddie in the film Star Trek Generations, who definitely didn't want to be rescued).

In the following century Guinan has a job on board the Enterprise-D tending bar3 in Ten Forward, the place where the crew go to chill out and socialise. She would have made a great counsellor but that job was already taken by a main character, the half-human, half-Betazoid Deanna Troi. Guinan introduces the Klingon officer Lt Worf to prune juice during one of their chats; he declares it a 'warrior's drink'. You would want Guinan on your team - she can beat Captain Picard at fencing and Worf on the Phaser Range. Guinan had the use of an office aboard the Enterprise-D located on Deck 10, very close to Ten Forward. Her quarters, Room 3150 on Deck 8, was lit by candles, and every inch of the solemn grey bulkhead was draped with purple velvet curtains, reflecting her inner Goth.

Guinan can remember events from alternative timelines, and she has the captain's ear. Captain Picard trusts Guinan implicitly; their relationship is described as 'beyond friendship, beyond family'. Guinan introduces the rebel Bajoran Ro Laren to Picard and describes her as her friend. Knowing Guinan is extremely choosy about whom she calls 'friend', Picard pays attention to the feisty young woman and even gives her a job.

Guinan and Q have met before their first encounter on the Enterprise-D, and it's safe to say that they aren't the best of friends. The antagonistic stance she assumes when Q appears shows that she isn't afraid of anybody or anything. Q gives us a clue that Guinan is not her original name: 'Guinan - is that your name now?'

In each of the Next Generation episodes listed below, Guinan is portrayed by the talented actress Whoopi Goldberg. She won a Best Supporting Actress Academy Award for her comedic portrayal of con-artist Oda Mae Brown in Ghost (1990).

Guinan makes her first entrance in this episode as the hostess of Ten Forward.

Guinan spends this episode trying to teach Data to laugh. This proves to be harder than it sounds.

Here Guinan is helping to defend Data's rights. She says that if Data is to be deemed the property of Starfleet, then it would be as bad as slavery: dozens of Datas could be made, denied their rights and used as slaves.

Wesley Crusher wants to learn how to charm a girl, so who does he call on for advice? Commander Will Riker (played by Jonathan Frakes). Who then acts out a seduction routine with Guinan. For educational purposes only, you understand? No need to worry, Deanna...

It seems Q and Guinan met 200 years ago, and were hoping never to meet again.

Here is where Guinan talks about her family, more than a dozen marriages, and a lot of offspring. One of her children was 'bad at listening' but they had grown out of it 'in a hundred years or so'.

Perhaps here the first reference to having met Picard before, Guinan says she is attracted to bald men because one took care of her, a long time ago. She may have met Picard when they were both in the 19th Century...

We again get the idea that Guinan doesn't like Q - the fork-stabbing is a bit of a giveaway. Q is claiming to be human, and to test his sincerity, Guinan picks up a fork and stabs it into the back of his hand. She also seems to find it quite amusing when the Calamarain decide to torture Q for a change: 'How the mighty have fallen', she says.

What would the crew do without Guinan? Somehow her El-Aurian physiology lets her remember events as they should be even after the Enterprise-D is thrown into the wrong timeline. Guinan tells Lt Tasha Yar that they shouldn't know each other because in the 'correct' timeline, Tasha died before Guinan arrived on the Enterprise-D. Once the timeline is restored, Guinan questions Geordi4 about Tasha.

Data has created a daughter for himself, Lal. Guinan gives her a job in Ten Forward so she can study human behaviour and get to know the crew. Unfortunately, after making excellent progress, things start to go wrong and Lal suffers a complete neural systems failure. This is one of the most emotional Next Generation episodes because although Data can't get upset, the rest of the crew certainly do and even the counsellor needed a hug.

Guinan talks more about her family, her Uncle Terkim this time. He was the 'black sheep' of the family; she tells Geordi that he just didn't fit in. She compares him to Lt Reg Barclay, an engineer whom Geordi is having problems with.

Guinan spends most of this episode advising Picard. And there's the Borg to deal with.

Riker doesn't appreciate Guinan's advice quite as much as Picard does. But she tries anyway.

Guinan talks to Worf's human parents about his love of prune juice, and how people come and stare out the window of Ten Forward in search of that little star that they call home. She even admits to them that she finds Worf 'pretty special'.

Deanna Troi loses her empathic abilities and thinks she can't do her job any more. Guinan tries to help her, using reverse psychology by pretending she wants to be ship's counsellor if Deanna quits. Deanna says that counselling is a lot more than just listening to people who frequent Ten Forward.

Guinan changes her usual attire for a trip to the holodeck at Captain Picard's request. He allows her to participate in one of his 'Dixon Hill' programmes as 'Gloria' in the hope that she will learn why humans love mysteries so much.

Guinan talks to Geordi about his fantasy woman Leah Brahms, and warns that the real Leah may not be anything like the holographic persona he created. (She was proved correct.)

With the crew affected by lack of REM sleep, Guinan defuses a tense situation in Ten Forward with the aid of an energy-beam rifle (on the lowest setting, of course).

Guinan creates a new drink out of Saurian brandy, targ milk and Denevian mead, tries it out on Lt Commander Data and advises him on his love-life...

Guinan reckons she can make Worf laugh! And she beats him on the Phaser Range.

Guinan has to explain to Picard how Lt Tasha Yar has a half-Romulan daughter, Sela, who is about as old as Tasha would have been. Guinan says that Picard sent the Enterprise-C 22 years back into the past and Tasha, who had fallen in love with the acting captain, volunteered to return with them ('Yesterday's Enterprise').

Ro really dislikes Guinan trying to make friends with her.

When Guinan was a child, she had a Tarcassian razorbeast5 as an imaginary friend, so she fully understood a lonely girl, Clara, who blamed her misbehaviour on her own imaginary friend called Isabella. Unfortunately Isabella was not a product of Clara's imagination but a malevolent alien which threatens to destroy the Enterprise-D.

Hugh is the Borg that Dr Beverly Crusher rescued. It isn't surprising that Guinan didn't like the idea, as her people were almost wiped out by his race. But after talking to him, it is she who convinces Picard not to use Hugh to commit genocide.

The close relationship between Picard and Guinan is explained in this and the next episode. Data is thrown back in time and the only person who can help him is Guinan, but she doesn't know who he is as they haven't met yet (according to her). Samuel Clemens (Mark Twain) overhears them talking about the future...

Picard meets Guinan, but although she doesn't know him yet, she instinctively trusts him. Samuel Clemens gets to tour the Enterprise-D on the arm of Deanna Troi and he regales her with tales of Halley's Comet.

Jean-Luc Picard, Ro Laren, Keiko O'Brien and Guinan all become children again thanks to a transporter accident6. Only Guinan liked the idea of being a child again! Ferengi marauders who were attempting a hostile takeover of the Enterprise-D ignored the children, which ultimately led to their downfall. Actress Isis J Jones played the part of 12-year-old Guinan. This episode was directed by Adam Nimoy (son of Leonard Nimoy, who played Spock).

This time it is Dr Beverly Crusher that Guinan is counselling, but at first Beverly isn't letting on what's bothering her. In fact Guinan has to threaten to hit the troubled doctor with her fist unless she tells her what has happened!

The character Guinan also appears in the films Star Trek Generations and Star Trek: Nemesis, but the latter was only a cameo. In the generational crossover film Star Trek Generations, Guinan is able to give Captain Picard some information about Soran, the film's baddie, who is also El-Aurian. Later, when Picard is trapped in The Nexus, he meets Captain James T Kirk, who has been living out his fantasies there for 80 years. Unsurprisingly, he is reluctant to leave his vision of Paradise and assist Picard to save the galaxy. Picard manages to persuade Kirk to help him defeat Soran but only after Picard himself has been tempted to remain – he was persuaded that it wasn't real by a 'ghost echo' of Guinan.

Star Trek: Nemesis begins with the wedding celebration of Will Riker and his Imzadi (beloved/sweetheart/soulmate) Deanna Troi. Guest Guinan looked lovely in her gold outfit. Geordi asks her if she will ever get married again, to which Guinan replies: 'No, 23 was my limit'.

Throughout all her appearances on screen, Guinan is not seen in a relationship with anyone – although you guess she wouldn't have balked at taking on Worf and she definitely enjoyed the pseudo-seduction scene with Will Riker7.

1A collective-hive race who assimilate aliens.2Guinan later described the experience as 'like being inside joy. As if joy were something tangible and you could wrap yourself up in it like a blanket'.3Star Trek's other barkeep is Quark the Ferengi at Quark's on board DS9, but they couldn't be more unalike.4Chief Engineer Geordi La Forge.5A purring, cat-like creature with wings, soft brown fur and golden eyes.6Thankfully all survived, and none seemed to suffer the medical condition known as Transporter Psychosis afterwards.7What female wouldn't be swayed by Riker's declaration that you are the most beautiful woman in the galaxy? That he dreams of a galaxy where your eyes are the stars and the universe worships the night?