What to Consider Before Getting a Tattoo Content from the guide to life, the universe and everything 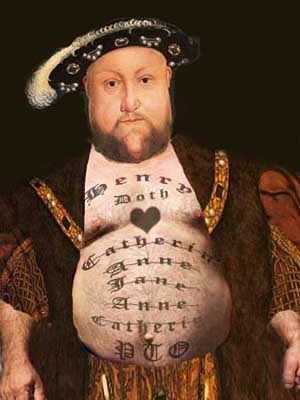 Tattoos have been recorded as far back in history as 3000 BC. Marks on the mummified body of 'the Iceman', discovered near the Austrian border with Italy in 1991, are thought to be the earliest examples of tattooing. Ancient Egyptian and Nubian mummies dating from 2000 BC have been also discovered with markings that indicate early forms of tattoos. Ancient Britons, Celts and Thracians are mentioned in classical literature as being heavily tattooed. Polynesian and Native American tattoos were considered an attraction for the public to marvel at when European explorers first encountered tribal art. James Cook describes this strange marking of natives in his 1769 journals.

Tattoos were originally believed to be the mark of feared warriors, great priests and magicians, or in some cultures, royalty. The history of tattoos is truly a global phenomenon.

Whether you decide to get a tattoo may depend largely on ethnic, religious or cultural/social background. The decision to become part of the 'inked' community nowadays may also have an awful lot to do with peer pressure, pop media and, all too frequently, vast amounts of alcohol.

Tattoos can be a very public way to flaunt your individuality or proclaim yourself as part of a group. They can celebrate sporting achievements, warn people of your nature or history, remember fallen comrades and grieve loved ones. Tattoos may also be used to publicly declare your undying love for someone or something to the world, or spice up your love life in private. So in a way we are not so far removed from those early tribal humans who decided to use their bodies as a canvas.

Whatever your reason for wanting a tattoo, please remember they are a permanent addition. A few brief guidelines may therefore be necessary.

Think Before You Ink

Memories may last a lifetime, and tattoos will accompany you to your grave. Think very very carefully before you commit to the needle. What seems cool and trendy when you're in your teens may look really silly on a 60 year old. Avoid making decisions if you are under the influence of alcohol or narcotics (even prescribed drugs may alter your perceptions).

There are thousands, if not millions of tattoo designs both in tattoo studio books and on the internet. These stock designs tend to follow certain themes. In times past it was embarrassing for socialites to attend a party wearing exactly the same outfit as their peers. Clothing is easily changed: tattoos are not.

Be different in your design; find a subject that means something to you. Any good tattoo artist will help and guide you into designing something unique.

The latest winner of 'America's got X Talented Voice' competition may have a really cool voice but thirty years down the road do you really want the band's name tattooed on your body? Similarly tattoo trends for imitating the ink of the rich and famous (refer to the Don't be a Sheep section) are popular at present. Just because something appears in popular magazines or newspapers and looks cool now doesn’t mean you won’t be sick to death of it a few years later.

Tattoos in a foreign language must be thoroughly researched. Please don't use translation websites - a small mistake in the characters or script, especially in Oriental or Eastern designs, and you could be laughed at every time you pick up your takeaway. Find someone you trust implicitly who can not only translate, but can write fluently in your chosen language! Beware regional accents and slang.

A Picture Speaks a Thousand Words

Whatever your chosen design, spare a thought for how it will look to other people. You may indeed

NY and that message has a clear meaning in the West. However if you have more niche interests be very aware they may be misinterpreted. A member of the National Zoological Society studying semi-aquatic mammals in the north of the British Isles would be advised against getting a tattoo with 'I

Think carefully about the overall size of your design. Small intricate details will fade and merge with time as your skin ages. This is important especially for cursive scripts - the smaller the tattoo the more definition it will lose over the years. Also if you want a discreet (if there's such a thing) tattoo, it is much easier to conceal a small design than one that takes up a lot of space. Having a large design may also mean several trips to the studio. This will have an impact upon your time, your pain threshold and your bank account. Tattoos are not cheap, especially bespoke designs.

Where upon your body should the tattoo be placed? Again if you're after a private tattoo that can only be seen when you're on the beach or by intimate friends, choose a spot that is covered by clothing during your everyday life. If you want the world to behold your body art choose an uncovered place. There are some taboos regarding visible tattoos. Some cultures, for example, direcly link tattoos with criminality - Japanese people have a deep-rooted tradition where historically only organised crime members show their ink in public. If your profession excludes visible tattoos you may be forced to rethink its location.

Another thing to remember, especially if you have a low pain threshold, is that the thinner the flesh and the closer to bone and nerve clusters, the more the initial tattoo application will hurt. While it is not a debilitating pain (the sensation has been described as similar to banging a part of your body that has really bad sunburn) it's not the needle that causes this sensation, it's the heat generated by the process.

A further point to note: some scars, burn marks and skin blemishes may not take the ink. Consult with your studio if the area to be tattooed has been damaged, as this may affect the overall finished look of your design.

What Are You Getting Yourself Into?

Some tattoos have significance for those who live on the fringes of society, for example prison tattoos, gang tattoos or organised crime tattoos. Watching biker movies and deciding to get an 'outlaw' style tattoo may get you into trouble in your local bar/pub. Having delicate tears tattooed on your face signifies you are a killer. A little research may keep you on the right side of the tracks.

Be Prepared for Good and Bad Comments

Decorating your body permanently will draw attention to you. People will stare and sometimes comment. Whether it's an enquiry as to where you obtained your tattoo or a question about its significance, be prepared. You will also (probably) meet people who dislike people with 'ink'.

Expect everything from 'Sweet 'toos, dude' shouted across a Californian parking lot, to 'Heavy ink, brother' at an English bikers' rally. Both these comments show an appreciation of your choice of design, the artistry of its application and the meaning of your tattoo.

Other comments may include 'I’m sorry sir, you will have to leave the restaurant' and 'You not allowed in here. Very no respect!'. These signify that your choice of design may breach social and ethnic standards of decency and you will be asked to either cover your visible tattoos or find another eating place/national monument.

Certain workplaces and occupations may also have objections to visible tattoos. For example, a satanic or sexually themed tattoo on one's forearm would be frowned upon should you apply for employment in mental hospitals, the police or clergy.

The Fleeting Nature of Young Love

Everyone likes to think they have found everlasting love, and in some cases this is happily the truth. However, dating someone for a few weeks and deciding to have their name injected into your flesh forever, however romantic, may see you seeking medical advice if and when the courtship dwindles and dies, or turns into bitter enmity if lawyers are involved. Tattoos may be altered (or filled) - this is when an unwanted name, for example, will be inked over or altered to resemble something different. Large blocks of shading on a tattooed person usually means they're literally covering something up!

So You've Made Your Mind Up?

Before succumbing to the needle, please research the qualifications and standards of your chosen tattoo studio. Health and hygiene are paramount, closely followed by artistic ability! Seek recommendations from those who have been 'inked' by the studio. Most studios have albums full of photographs of clients. If in doubt find somewhere else.

A brief mention of self-applied tattoos: a needle and a bottle of India Ink is very, very ill-advised. Don't!

And finally, those who are happily living with decorated flesh often report an addiction to the process. Whether it's the adrenalin and endorphins produced during the pain of application or simply the desire to take your ink to the next level, be prepared both financially and mentally for the next session under the needle.