Brain States and How to Induce Them Content from the guide to life, the universe and everything 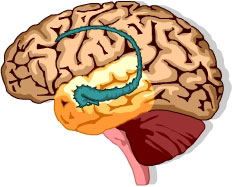 Our brains are a network of cells that constantly exchange electrical and chemical signals with one another. Brainwaves are the electrical activity created when hundreds of cells 'fire'1 at the same time and in the same part of the brain. They usually give a good indicator of what 'mental state' a person is in, for example, tired, relaxed, alert, etc. This is because brainwaves are a measurement of the processing rate of the brain, so if the brainwaves were slow you would not be able to think as well as when they are fast. They can also be altered, using various means.

Binaural beat frequencies are sounds that are at, or encoded with, a certain frequency. If a sound in one ear is combined with another sound in the other ear that is a certain frequency lower, then the brain can hear the difference of the two frequencies. This happens because the patterns of the two different frequencies only meet up a certain number of times a second, so the brain can hear the difference between them. You need two different noises to create the frequency because the human ear cannot hear the low frequencies associated with brainwave patterns. For example, if a brainwave frequency of 10Hz is the desired frequency, then 500Hz in one ear combined with 510Hz in the other can be used to get that particular brainwave. A frequency of 10Hz is registered in the brain, because the amount of times the pulses in the frequencies match up is 10 times a second, or 10Hz.

Visual stimuli can also be used to change brainwave patterns. It basically works on the same principal as the auditory method, where a stimulus is at a certain frequency and the brainwaves change to match this frequency. If you see a light flashing at 20Hz, then your brainwaves will start to follow; however it is not only the rate that matters when using visual stimulus as different effects can be achieved using different colours and patterns2, although this will not be expanded upon further in this entry. It takes approximately the same amount of time for the visual stimuli to have effect as the auditory stimulation: about 4-5 minutes.

There are more conditions that are said to be treatable with this method and you can find web sites about using brainwave altering techniques here, but it is this Researcher's suggestion that you try to avoid those that try to tie in new-age things like 'magic crystals' and channelling because unlike those things, brainwave alteration does work, even if it is a bit 'out there'. Another, although a more untested3, function of brainwave patterns is mental programming, or brainwashing: this is thought to be possible since inducing states of hypnosis and accelerated learning have been proven possible.

It is to be noted that this table is not exact, as there are different views on where one state stops and another starts. It may also vary from person to person, but these are good guidelines.

State/Frequency table
1When a brain cell 'fires' it releases a chemical or electrical signal.2This is known as the Ganzfeld effect.3Mainly because of legal issues.