'The Wicker Man' - the Film Content from the guide to life, the universe and everything 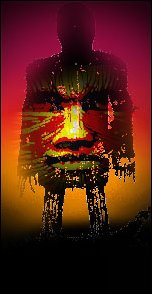 The Wicker Man, originally released in 1973 has become a cult classic of British cinema. It tells the story of the clash of cultures and wills between Police Sergeant Howie, a devout Scottish Presbyterian, and the Pagan inhabitants of the fictitious island of Summerisle, led by Lord Summerisle. Drawn to the island by reports of a missing child, the officer becomes embroiled in the island's Pagan rituals, leading to an unsettling climax at the end of the film.

The film has had a long and troubled evolution, a story that is in some ways more interesting than that of the film itself, and certainly it has added to the film's reputation - adding a mystery to the strangeness of the film1.

Sometime during 1972, the producer Peter Snell, the writer Anthony Shaffer (fresh from the stage and cinematic triumph of his detective play Sleuth), jobbing director Robin Hardy and the actor Christopher Lee agreed to work together on a project. After discarding the book that Shaffer had originally brought to the meeting, the basic idea that was eventually to become The Wicker Man was agreed. The idea was taken to British Lion Pictures, who agreed that the film could be made, providing that the budget was kept low.

Shaffer completed the script accordingly. He and Hardy researched the details of Pagan rituals, and all the rituals seen in the finished film are documented as genuine, though not all were from the same country. Lee, who was to play Lord Summerisle, judged the script to be 'the best... I had ever taken part in.'

In the Garden of Eden

Shooting for the film was scheduled to last some eight weeks, in the late autumn of 1971. It was filmed in some 25 locations all over the Scottish Highlands, and none of it was filmed on an actual island. Plastic trees and fruit were used and where close ups of plants were needed, close up footage, which Hardy had shot during the summer, was inserted.

Edward Woodward, who was at the time enjoying great success on television in the spy-drama Callan, took the part of Howie. Other cast members included Britt Ekland as the innkeeper's daughter. Her lines were later dubbed as she was unable to produce anything approximating a Scottish accent. In addition, her contract specified that a body double be used for any shots that showed her buttocks, as her agent felt that the film may later damage her career were it to show her naked. To add to the language difficulties, Ingrid Pitt was also cast, although her Eastern European accent was left unaltered.

Hardy then set about editing the film, eventually producing a cut of about 120 minutes. All seemed well until British Lion were bought out by EMI. The new owners of the film were less than happy, and pronounced the film unsaleable. They demanded that it be shortened by some 20 minutes. Hardy and Snell fought hard for their film, but a 102-minute cut of the film was eventually produced. Hardy and Snell pronounced themselves satisfied, but Christopher Lee was bitterly disappointed.

EMI were still not happy, and essentially shelved the project. However, they did send a copy of the 102-minute print to Roger Corman, the successful American film director/producer/distributor, and asked for his advice on how to make the film appealing to a US audience. Corman recommended a further 15 minutes of cuts, and advised that it would then be acceptable for the then still thriving US drive-in market.

EMI duly excised another 15 minutes of footage, producing a print that ran for 87 minutes. None of the original team were consulted, and all concerned were horrified when they saw the finished article. The film's timeline had been altered, and some scenes were missing altogether. However, they were powerless to change what had happened. Corman, meanwhile, passed on the option of buying the film for US distribution, but it was eventually released by Warner Bros. Despite a rave review in Variety, the film was soon withdrawn, but remained a firm favourite on the student film scene. As yet, no British release was scheduled.

And so it may have remained if Lee had not taken it upon himself to take the film to Paris, where it won the Grand Prix du Film Fantastique. EMI were furious that the film had been entered, but the film's universally favourable French reviews forced their hand, if only to a limited extent.

The film appears never to have had a proper release in Britain. It sneaked out in London cinemas at the end of 1973, shown as part of a double bill with Nicholas Roeg's Don't Look Now. Lee and Shaffer personally spent hours of phone calls persuading critics to attend any showing of the film, and it received good enough reviews to gain a release at the Odeon Haymarket. The Wicker Man, was never given a general release, however.

The film faced an even stranger threat to its future when Rod Stewart, who had recently married Britt Ekland threatened to buy all extant prints of the movie. This was in order that they may be destroyed to save his bride's embarrasment at having been in the film. Fortunately, nobody appears to have taken Stewart seriously, and no prints were actually destroyed as a result of his comments.

While he was in America during 1976, Hardy was surprised to find that the film was still enjoying a healthy reputation in America. He contacted the film's owners, a small independent unit called Abraxas, and explained to them that the film they had was a much shorter version than the one he had intended. Tentatively, they began to explore the possibilities of restoring The Wicker Man to its full 120 minutes.

British Lion were contacted, but sadly they reported the only version of the film they had was the truncated 87-minute version. Although many theories have been put forward, it seems likely that the extra footage was lost when the studio cleared its vaults. The reels of film possibly lie under what is now the M3 motorway, used as landfill. Christopher Lee has stated that he believes all 360 reels of footage shot still exist and are being hidden from the film's owners, though his reason for believing this is unspecified.

Roger Corman, however, had kept his 102-minute print. This was given to Hardy, who then set about restoring what he could. He edited the 102 minutes of Corman's print down to 95 minutes, for reasons that are not entirely clear. This version was released into American cinemas in October 1977 and remains the standard American version of the film.

In Britain, the 87-minute print had been shown several times on television, and had been released on video. The existence of longer prints was unknown until the BBC decided to show the film as the opening movie of the 1988 Moviedrome series, which was dedicated to cult films. It was proudly announced in the Radio Times that they had secured a copy of the 102-minute print, and would be showing it. However, they did not receive the film itself until a week before the scheduled showing. What appeared was a single NTSC2 videotape, which contained the 95-minute version! Attempting to make the best of a bad job, the BBC then edited parts of the 95 minute version onto their 87-minute print, the NTSC video being 'below broadcast standards'. In their haste, they appear to have destroyed certain parts of their 87-minute original, and created another version of the movie, as their broadcast version lasted 92 minutes!

For the time being, the standard British television version of the movie appears to be the BBC's 92-minute print. The home video version is still the truncated 87-minute print, though the film's present owners, Warner Bros, have been making efforts to locate the 102-minute print for restoration onto DVD in Britain.

In America, the 95-minute print is the standard video version, and the newly released double DVD set also has the 95 minute version. The 102-minute print was available as a video release, but it was deleted in 1991 and the present whereabouts of the master copy are unknown.

It seems unlikely that the original two-hour version of the movie will ever be seen, but it may well be that the 102-minute version may yet be restored. Nothing should be ruled out when it concerns the long and strange existence of The Wicker Man. In 1987, Shaffer completed a script for The Wicker Man II, a prospect which remains tantalising, not least because it is not at all clear how Howie would feature in any sequel. It seems unlikely that it will ever be shot, but a recent revival of interest in the film has prompted the publication of a novelisation of the film, written by Hardy and Shaffer, and the script for The Wicker Man II may well yet be published.

In 2006, Nicholas Cage appeared in a remake of The Wicker Man. The plot was roughly the same as the original film, but there were a few key differences. The action now took place on a small island off the coast of Washington, USA. Nicolas Cage's character, the police officer Edward Malus was no longer a virgin; it was thought a 21st Century adult American virgin would not be believable. It was therefore Malus' allergy to bee stings which was his downfall, not his lack of sexual experience as in the original. The film was generally not well received by critics and was nominated for five 2006 Golden Raspberry Awards:

1It should be stated that there are many conflicting stories regarding the personalities and history of this film, although this entry will attempt to keep the facts as free from controversy as possible.2National Television System Committee, the standard format for American television, video and DVD.3Quote taken from the Scotsman.