Darwin in the Dock - the Scopes Trial Content from the guide to life, the universe and everything 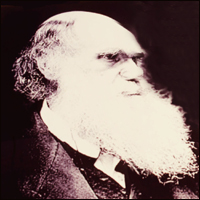 It would probably seem an absurdity to most that an unassuming teacher could face the combined masses of religious and judicial fury and journalistic examination simply for carrying out the required tenets of his vocation. Yet, in a modern state in one of the most technologically advanced nations in the world, the United States of America, that is precisely what happened. Substitute science teacher John Scopes got to his feet before his class and, in defiance of a religiously motivated and archaic law, taught them about the new-fangled theory of evolution. What followed was one of the most notorious criminal trials in United States history.

'Scopes v State, 152 Tenn 424, 278 SW 57 (Tenn 1925)' - often more mundanely known as the 'Scopes Monkey Trial' - came about because the southern US state of Tennessee forbade the publicly-funded exposition of any theories on Man other than that found in the Bible.

The specific law, promulgated by former farmer John Butler of the state legislature, found overwhelming favour in both houses and was reluctantly signed into law by Governor Peay on March 21, 1925. Afterwards, he was heard to say, 'Probably the law will never be applied'.

The law specifies '... that it shall be unlawful for any teacher in any of the Universities, Normals and all other public schools of the State which are supported in whole or in part by the public school funds of the State, to teach any theory that denies the story of the Divine Creation of man as taught in the Bible, and to teach instead that man has descended from a lower order of animals'.

To the American Civil Liberties Union (ACLU), this was, perhaps, a red rag to a bull; they offered to bankroll the defence of any charged under the act. Sensing the enormous commercial potential of such a controversial trial, a group of Tennessee businessmen convinced John Scopes to teach evolution in class.

It was pointed out that the textbook Civic Biology - which 'scientificated' the bigoted eugenic theories1 widely popular at the time and was a set text - specifically endorsed 'Darwinism' and was breaking the law as well.

Scopes' indictment was fast-tracked, riding roughshod over scant evidence and doubts about his actually having taught evolution, and he was officially arrested and charged in early May.

Since the primary purpose of all this was, for some, engendering the widest possible publicity, the string-pulling businessmen primarily responsible for the circus-trial then asked HG Wells to be on Scopes' defence team! Naturally, the great non-lawyer declined.

In the blue corner, then, the World Christian Fundamentals Association, by now narrowly focussing on anti-evolutionism, put up three-time presidential candidate William Jennings Bryan as special state prosecutor. With this, as Scopes knew, '... there was never any hope of containing the controversy within the bounds of constitutionality'.

In response, avowed agnostic and staunch civil libertarian Clarence Darrow freely threw in his hat in the red corner. With him was Dudley Malone, who had worked under Bryan when the latter was Secretary of State.

The trial itself maintained the media circus atmosphere. The first to be broadcast on national radio with 'as-it-happens' coverage, it was reported on by an international array of journalists. These included HL Mencken, noted critic of American society and representative for The Baltimore Sun, which was also helping defray defence expenses.

Mencken made no bones about his where his sympathies lay, labelling the townsfolk in the jury 'unanimously hot for Genesis', as 'yokels and morons', while Bryan was a 'buffoon' whose views were 'theologic bilge'.

The initial strategy envisioned by the ACLU called into question the law's Constitutional integrity, as it violated individual teacher rights. Surprising, therefore, that the earliest of defence propositions was to deny any conflict between evolution and Biblical accounts. Darrow tried to call eight experts to support them in this. Apart from a John Hopkins University zoologist, however, none were permitted to appear in person by Judge John T Raulston, who had already nailed his colours to the mast, having previously ensured Scopes' speedy indictment.

Towards the end of the trial, Darrow was attacking the Bible's literal interpretation and Bryan's lack of knowledge on anything other than his own science and religion. Bryan's response was to complain that evolution taught that humans were but one of (precisely) 35,000 types of mammals, and men and women were descended 'not even from American monkeys, but from old-world monkeys'.

Countering him was the seemingly-sensible assertion that the Bible be maintained in the realms of theology and morality, not a venue of scientific pedagogy. With whirlwind oratory, Bryan's nemesis, Malone, decried the prosecutor's 'duel to the death' with evolution, affirming that 'There is never a duel with the truth'.

By the sixth day of the 'trial', the jury had been excluded from the presentations made by the defence. Raulston had declared the counsels' views on the Bible to be irrelevant and impermissible.

Backed into a corner? For whatever reason, Darrow then called Bryan to the witness stand! The special prosecutor agreed on the understanding that Darrow would do likewise.

Determined to undermine belief in the historical veracity of the Bible, the defence hurled a veritable barrage, questioning whether Eve sprang from Adam's rib, from where Cain got a wife (Bryan saying he would let the agnostics look for her) and the population of the Bible's Egypt.

The heat of the southern climate - the court was, by now being held outdoors - was matched by that of the contestants. 'You insult every man of science and learning in the world because he does not believe in your fool religion,' said Darrow. Bryan vehemently asserted that Darrow meant only 'to cast ridicule on everybody who believes in the Bible'. 'We have the purpose of preventing bigots and ignoramuses from controlling the education of the United States,' Darrow replied with equal passion.

Further choleric exchanges were cut off by Raulston's announcement the next day that it was entirely irrelevant. The defence, having again had personal testimonies of its expert witnesses forbidden, asked Judge Raulston to include the jury in proceedings again.

We claim that the defendant is not guilty, but as the court has excluded any testimony, except as to the one issue as to whether he taught that man descended from a lower order of animals, and we cannot contradict that testimony, there is no logical thing to come except that the jury find a verdict that we may carry to the higher court, purely as a matter of proper procedure.

We do not think it is fair to the court or counsel on the other side to waste a lot of time when we know this is the inevitable result and probably the best result for the case.

Obviously, given the dearth of balance in the eight-day trial, the jury could do naught but find Scopes guilty - which it duly did on 2 July, 1925. Contravening practice, the fine of US $10,0002 was announced by Raulston before any opportunity was given to say why it should not be imposed.

After having this 'oversight' publicly noted, Scopes made his only spoken contribution to the trial:

Your honour, I feel that I have been convicted of violating an unjust statute. I will continue in the future, as I have in the past, to oppose this law in any way I can. Any other action would be in violation of my ideal of academic freedom - that is, to teach the truth as guaranteed in our constitution, of personal and religious freedom. I think the fine is unjust.

Although the state's supreme court turned down all of the defence's four grounds for appeal, it overturned the Scopes verdict on a technicality, Raulston not being empowered to set fines over $50. In addition, a stunner:

The court is informed that the plaintiff in error is no longer in the service of the state. We see nothing to be gained by prolonging the life of this bizarre case. On the contrary, we think that the peace and dignity of the state, which all criminal prosecutions are brought to redress, will be the better conserved by the entry of a nolle prosequi3 herein. Such a course is suggested to the Attorney General.

This effectively said that the prosecution doesn't have enough evidence of a crime having been committed, and therefore must consider the accused/defendant innocent!

The US Supreme Court finally brought the whole debate to a closure in Epperson v Arkansas, 1968, saying the US Constitution forbade strictures 'that teaching and learning must be tailored to the principles or prohibitions of any religious sect or dogma'.

Enforced teaching of Creationism, however, (in tandem with evolution) was allowed until Edwards v Aguillard, when the justices said, 'teaching a variety of scientific theories about the origins of humankind to schoolchildren might be validly done with the clear secular intent of enhancing the effectiveness of science instruction'.

In many respects, Scopes and the trial in which he appeared (but took little active part) was the international OJ Simpson frenzy5 of his era. Over 200 journalists converged on little Dayton, Tennessee, including two from London. Newly-compiled newsreels were flown daily from a specially-constructed airfield. Telegraph wires were erected solely for this one event. As noted by Edward J Larson in Pulitzer prize-winning Summer for the Gods: The Scopes Trial and America's Continuing Debate Over Science and Religion: 'more words were transmitted to Britain about the Scopes trial than for any previous American event'. Even Hollywood felt compelled to muscle in. The Oscar-nominated film Inherit the Wind6 (1960) caused much animosity to religious-based opposition.

Naturally anticipating the nearly-obvious verdict, the media were neither slow or miserly in pouring their scorn. Time magazine described Dayton as 'a fantastic cross between a circus and a holy war'. Life magazine added monkeys reading books to its masthead while simultaneously compiling and publishing relevant cartoons and humour from all over the country.

As with Mencken, the vast majority of these commentators directed their humours - be it bile, spleen, phlegm - over a very wide area: towards the prosecution (Life saying of Bryan: 'the Bible is infallibly inspired except where it differs with him on the question of wine, women, and wealth'), the township of Dayton, Tennessee state and the whole of the southern United States, as well as over fundamentalists and anti-evolutionists.

For the anti-brigade, however, this did not signify abject failure. Anything but, it appeared. From having only three southern states with anti-evolutionism on their legislative agenda in 1925, there were thirteen, from both north and south, considering some form of pro-creationist measure some two years later.

An historical landmark as it may have been, but it took nearly 40 years for the Scopes trial to be mentioned in the history books of American high schools and colleges. It was usually provided as an example of the conflict between fundamentalists and modernists but also turned up in sections discussing the rise of the Ku Klux Klan in the South.

With the continued rise of Creationism and its younger cousin 'Intelligent Design', the Scopes trial and its outcome will no doubt continue to reverberate around America's courtrooms.

1Theories such as those later used by the Nazis to justify mass murder.2Over $118,000 in 2008, using the Consumer Price Index.3'To be not willing to pursue'.4Biblical misquote, first used by Punch magazine in 1859 as a less-than-warm welcome to Darwin's Origin of Species.5The trial for murder and subsequent acquittal of former American footballer Simpson caused a media sensation in 1995.6Based on a play by the same name that opened on Broadway in 1955.