The Columbia Space Shuttle Disaster Content from the guide to life, the universe and everything 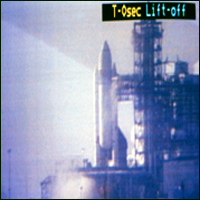 On 1 February, 2003, seven scientists were making their way home, having just completed a two-week programme of experiments in their mobile laboratory. Tragically, just 15 minutes before they were due to arrive, disaster struck: their vehicle exploded in a huge fireball, killing all seven. You may remember it: the vehicle's name was Columbia, a NASA space shuttle, and it disintegrated on re-entry into the Earth's atmosphere, scattering burning wreckage over a wide area of the USA. The tragedy halted the shuttle programme for two and-a-half years while an investigation into the disaster took place.

Later that year, the Columbia Accident Investigation Board published its report. The board identified the principal cause as something which NASA had noticed during the shuttle's launch on 16 January and made public on the day following the accident. One minute and 22 seconds after take-off, a piece of insulating foam separated from the external fuel tank and collided with the vehicle's left wing. The damage to the wing's thermal protection wasn't apparent during the Orbiter's mission, but in the heat of re-entry1 the aluminium airframe structure progressively melted until the aerodynamic forces caused it, and hence the Orbiter, to fail catastrophically.

The report went on to list a number of organisational causes and contributory factors to this accident, but one of these was somewhat unexpected. It blamed NASA's use of the software presentation tool Microsoft PowerPoint.

The front page of the accident investigation report shows the crew patch which adorned the orange spacesuits of the seven astronauts when they proudly lined up for their pre-mission photograph. Each mission has its own identity, and this one was codenamed STS-107. The blue shuttle-shaped badge has the names of the crew around the edge. These mirror the seven stars of the constellation Columba 'the Dove', alongside a representation of our planet, together symbolising 'peace on Earth'. In the centre is the symbol μg, for microgravity; this was the last shuttle sent purely to perform zero-gravity scientific experiments. From this point on, these experiments would be conducted at the International Space Station (ISS), which shuttle missions would then service.

The crew was the usual blend of youth and experience. Mission commander Rick Husband had piloted the shuttle Discovery in 1999, the mission in which it first docked with the ISS. His pilot on STS-107 was Willie McCool, a space rookie, but an outstanding US Navy test pilot. Payload commander Michael Anderson was among the crew of the shuttle Endeavour when it made a 1998 mission to the Russian space station Mir. Indian-born scientist Kalpana Chalwa had previously flown in Columbia in 1987, a mission in which she controlled the shuttle's robotic arm. There were two other mission specialists, naval flight surgeons David Brown and Laurel Clark, both space rookies. The seventh crew member, a payload specialist, was the first Israeli in space - fighter pilot Ilan Ramon, a veteran of the 1973 Yom Kippur War.

They weren't the only living creatures aboard the flight. A small menagerie of experimental specimens included American ants and rats, bees from Liechtenstein, Chinese silkworms, Japanese fish and Golden Orb weaver spiders from Australia. Oh, and there were some Dutch air-cleaning bacteria, too.

We are flying some critters on this mission
- Jack Keifenheim, payload mission manager.

We Have a Problem

The success of a shuttle mission is dependent, of course, on a huge team of planners, engineers and support staff. Every last detail of the schedule is planned and rehearsed ad nauseam. Every foreseeable problem is risk-assessed, and fallback plans prepared. NASA's space centres organise, monitor and control each mission with military precision.

When NASA spotted the foam tile strike during the launch, it immediately sent a report and video clip of the incident to engineers at Boeing, who conducted an assessment of potential impact damage to the wing. Its Debris Assessment Team requested satellite imaging of the wing, but for some reason this request wasn't granted. In the absence of pictures, it instead used a computer modelling tool, 'Crater', to predict the damage. It was a complex scenario. How heavy was the tile? At what speed, and at what angle, did it hit the wing? Which part of the wing did it hit? What damage would it therefore cause, and so what was the threat to Columbia during re-entry?

On 24 January, the team presented its findings. Had NASA taken the view that the damaged left wing threatened re-entry, it could've executed either of two fallback plans to save the crew of Columbia. Making a spacewalk, the crew could've patched up the damaged thermal protection on the wing, using any available metal objects from the shuttle, packed with ice. Alternatively, the space shuttle Atlantis could have been sent into orbit to rescue Columbia's crew via a spacewalk transfer. The latter would've been the least-risky option.

As it happened, Boeing's engineers predicted some heating damage on re-entry, but they were somewhat inconclusive on whether this would result in structural failure. Their overall message, however, was that they believed Columbia would survive re-entry. NASA's management judged that, despite some concerns raised within Boeing's reports, the Orbiter couldn't have been damaged by the foam, so the mission was allowed to continue to its fateful end.

So how could NASA have made such a terrible decision? The accident investigation report spells it out: the engineers' doubts and concerns weren't adequately communicated to NASA's management, and one link in that communication chain was the reporting tool.

PowerPoint is a powerful piece of Microsoft software which creates multimedia presentations. It comes packaged with Microsoft's suite of office tools. In years gone by, speakers used visual aids such as transparent slides and overhead projectors to provide a backdrop to their lectures. But the ease with which they could now knock up a slide set with colour, graphics, animations and all sorts of multimedia inserts quickly made products like PowerPoint indispensable in the office environment.

You have to know how to use it, of course. Your audience will tend to read the screen rather than listen to what you say, so PowerPoint's at its most powerful when it provides supporting information: pictures, graphs, and so on - or when it reinforces your main arguments by listing them as bullet points.

Professor Edward Tufte is an information and graphic design guru at Yale University. He had researched communication failures in a previous space shuttle accident, that of the Challenger in 1986. This time, Tufte concentrated on the method with which the Debris Assessment Team presented its technical information on the foam tile strike, and he launched a scathing attack on Boeing's PowerPoint slides. One of the main culprits is represented below. It's highly technical, so don't concentrate too much on the jargon (SOFI is Spray On Foam Insulation, if you must know). Tufte described this single slide as 'a PowerPoint festival of bureaucratic hyper-rationalism':

This slide summarises the likely damage to the shuttle's wing, as predicted by the Crater mathematical model. It also shows the problems with cramming this into the confines of a PowerPoint slide. Tufte's list of gripes is as long as your arm, but they include:

This format was typical. Each slide crammed technical information into a similar hierarchical structure, regardless of its nature. The effect was to tell the management what it wanted to hear. The engineers' underlying concerns were lost when the information was further condensed by NASA when it briefed its management team. Other, more sceptical, NASA engineers referred to this presentation as 'Boeing's PowerPoint Pitch'; in effect, a sales presentation was influencing the life or death decision on Columbia's crew.

Two years after the accident, NASA looked again at the concept of 'engineering by PowerPoint', comparing it with other presentation tools and methods. The Return to Flight Task Group found an organisational culture in which:

...many of the engineering packages brought before formal control boards were documented only in PowerPoint presentations... It appears that many young engineers do not understand the need for, or know how to prepare, formal engineering documents such as reports, white papers or analyses.

Both the Columbia Accident Investigation Board and the Return to Flight Task Group concluded that PowerPoint is simply unsuitable to both reporting and presentation in an engineering environment. They recommended properly written reports, developed using a word processor. PowerPoint is only appropriate when displaying images and videos during presentations.

Tufte has continued his crusade against bad information design, although some would question his impartiality in publishing articles with titles such as 'PowerPoint is Evil'. Microsoft's PowerPoint product shouldn't be held to blame. If anything, the Columbia was a victim of PowerPoint's remarkable success, and any other viewgraph-type application software from any other vendor would've been no different. Yet PowerPoint is the market leader and, like many of Bill Gates' other products, it's shaped the way we do business. We just need to understand that we shouldn't risk our lives, or anyone else's, on it.