Early American Trade Content from the guide to life, the universe and everything 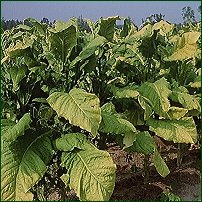 The inclusion of the Americas in the European trading circuit expanded Western Europe's position of power in Afro-Eurasia. The Americas provided a fresh source of wealth in the form of silver and gold, and allowed for the cultivation of crops such as sugar. The discovery of America also led to increased trading in items such as fur, and introduced new goods, especially tobacco. The addition of America to the global trading network also provided the incentive to increase one of the world's most significant cultural and historical upheavals - the trade of human beings as commodities.

Between 1500 and 1800, 85% of the world's silver supply was obtained in European-controlled America, either from the Inca and Aztec empires or in forced-labour silver mines such as Potosi. The largest exporters of silver were the Spanish settlements in Central and South America. The Spanish crown claimed 20% of the silver in taxes, which amounted to Spain's entire budget in the 1560s.

To secure the silver in America, Spain built a militarised version of an Italian trade diaspora, a route which ran from the mining towns to Santo Domingo, Panama, Veracruz and Mexico City. The silver was carried in convoys and pack trains to protect it from pirates. To ensure the safety of the silver, large sturdy ships were built to withstand storms and pirate attacks. The silver was spread over several ships to reduce the risk of losing large amounts of silver in shipwrecks. The extra space left in the large ships allowed the shipping of below-cost goods which normally wouldn't have been exported.

Spain shipped 330,000kg of silver to Europe each year. In the mid-1500s 150,000kg was officially shipped from Acapulco to Manila. The real figure was possibly twice that. From Europe, American silver was shipped to India, China, Levant and the Ottoman Empire. The silver was used to purchase goods, as European manufactured goods were not in demand in Asia and the Middle East. From the mid-17th Century around 28 million kilograms of silver was imported to China.

In Europe, the gold and silver supply declined in the 16th Century, and the majority of the world's silver and gold was then supplied by America. In the 1530s in Europe, about 100,000kg of gold and silver was produced, while only 20,000kg a year was 'obtained' in West Africa. Between 1500 and 1800, 70% of the world's gold supply came from the Americas. The first supply of gold from America was obtained by melting down Aztec and Inca treasures in Central and South America. In the 1690s gold was discovered in Brazil, and by the 1720s the country was producing 10 tonnes of gold a year. The Andean gold mine in the Spanish colony was worked by enforced native labour, and only a relatively small number of African slaves worked in gold mining. The discovery of gold in California in 1848 sparked a gold rush in the state. In 1852, 81million dollars' worth of gold had been found by 100,000 free miners.

Sugar was first brought to the Americas in 1493 on Columbus's second journey, and was first planted on Santo Domingo. In 1515, in an attempt to turn the island into a manufacturer of refined sugar, Gonzalo de Vellosa imported a water- or animal-powered mill, and by the 1530s there were 34 mills on the island. The Spanish settlements at Cuba, Puerto Rico and Jamaica also developed mills. Spain was one of the world's largest producers of sugar, until 1650, when the Portuguese colony in Brazil and the English and French colonies overtook the Spanish in sugar production. By 1700 four-fifths of Europe's sugar imports came from British and French colonies in America.

Brazil's climate and soil content meant that sugar grew easily. By 1580 Brazil produced three times more sugar than the Atlantic islands of Madeira and São Tome combined. In Brazil, Native Americans were worked in sugar plantations and owned by private settlers until the supply of native slaves began to dry up. The Portuguese increased the number of slaves imported from Africa, and by 1630 there were 60,000 slaves in Brazil.

Barbados was first settled in 1624, and by 1645 half the island consisted of sugar plantations. Two-thirds of Britain's sugar supply was produced in Barbados by the mid-1650s, and Barbados was exporting as much sugar as all of Brazil. The sugar crop at Barbados was produced by 20,000 slaves, and by the 1680s there were 50,000 slaves working on the plantations. The slaves made up three quarters of the island's population. They worked 18-hour days, mostly in gangs of ten or more.

The consumption of sugar in Europe was originally only meant for medicinal, condiment, ritual or display purposes, but it became more common as the supply grew and the price decreased. Between 1710 and 1770 sugar consumption in Europe increased five-fold. By the mid-18th Century, sugar was the most valuable trading commodity in Europe. It accounted for one-fifth of all European imports, with over half of Britain's overseas trade consisting of sugar and tobacco. In 1700, four pounds of sugar per person per year was consumed in England, but by 1800 that figure had increased to 18 pounds.

In North America, especially in New France (Canada) and New Amsterdam (New York), the fur trade provided Europe with the fur of animals such as ermine, bear, otter, fox, squirrel and beaver. The fur traders employed Native Americans to hunt and trap game, and in some cases, the French traders lived and worked with the Native peoples. Large parts of America were joined together by a series of forts and trading posts.

Europeans first picked up the habit of smoking tobacco from the Native Americans, and the growing of tobacco soon became the most profitable business in the North American colonies. Tobacco plantations required fewer slaves than sugar plantations. The amount of tobacco produced in Maryland and Virginia increased threefold between 1710 and 1760.

The trade of humans as profitable commodities was one of the most important parts of the trading system. The use of slaves made huge profits possible within both the plantation and mining endeavours.

In Africa, African and mixed-blood traders from the coasts raided interior towns with Western firearms and kidnapped people for the slave trade. While some African leaders participated in the slave trade, some attempted to curb or regulate the trade. The Portuguese Crown encouraged the king of the Congo in his efforts to cease the raiding, but the Portuguese traders encouraged individual chiefs to raid other tribes.

And each day these merchants take our citizens, native to the land and children of our nobles and vassals, and our relations, because they are thieves and men of bad conscience ... They take them to sell.
The king of the Congo in a letter to the king of Portugal details the kidnapping of people from his land.

The prices of the slaves in Africa was controlled by the African traders, and was usually between three and fifteen pounds. At the commencement of the slave trade, slavers could make up to 10% profit, which was on par with the profits made by the planters in America. Slavers traded iron, firearms, cloth, paper, rum and tobacco for slaves.

The slave trade increased because it was considered to be more profitable to buy adult slaves than to allow or encourage slaves in America to have children. It was calculated that it would cost twice as much to raise a child to a suitable age for work than it cost to buy an adult slave. The slaves themselves used contraception as a form of resistance, and as a result, only one slave child was born in America for every six slaves who died. The trading of humans as commodities was very profitable, and the historian Clive Ponting rather callously comments that 'although it entailed a massive waste of human life and immense suffering, it was, from a purely commercial point of view, incredibly successful'1.

The Portuguese in Brazil imported slaves for use on their sugar plantations, and also sold some on to Spanish America. In the early 17th Century the slave trade was very profitable; the slaves could be bought for a relatively cheap price in Africa, and slavers could make a tenfold profit. When gold was discovered in Brazil, more slaves were imported to work in the mines, and by 1750 slaves made up one-third of Brazil's population, totalling half a million.

The addition of the Americas to the world trading network provided Europe with new goods such as tobacco, and greatly increased the availability of products such as sugar and fur. America became a ready source for precious metals, especially silver. The discovery of the Americas also provided the opportunity to increase the profitability of the slave trade.