Size Zero - The Bare Bones! Content from the guide to life, the universe and everything 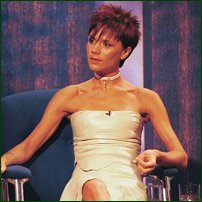 The United States' latest export to Europe is arguably the most dangerous yet. It has been described as a time bomb and is most likely to cost the health, happiness and even the lives of our young people. The search for the body beautiful has taken its most disturbing turn to date in the quest for size zero, but what exactly is it?

Size is actually a label on clothes, and is used to identify which items will fit the purchaser. This has resulted in various sizing systems coming into being in the different countries, but the thing they all have in common is their fluidity. From the beginnings of 'off-the-peg' clothing in the 1930s the size 'goalposts' have been moving.

The sizing of garments has changed a great deal over the years. Some 30 years ago a standard UK size 12 was 34 inch bust, 24 inch waist and 35 inch hips. Today a standard UK size 12 is 38 inch bust, 28 inch waist and 40 inch hips. This should help some people grasp the myth that is size zero. While there is no doubt size zero exists, the myth is that it is some new ultra-skinny, 'never been done before' size - it is in fact what was formerly known in the UK as size ten, then size eight, then size six and today it's a size four.

Part of the appeal of size zero is, without doubt, the word zero itself. Given that it means nothing, nada, nil, zilch, it is a terrific marketing tool. With the latest move of the size 'goalposts' zero has become an aspiration - we see advertisements for drinks with zero sugar, purchases with nought per cent finance or nothing to pay until April, so zero is considered to be a fairly good result - but it isn't always.

What is Size Zero?

Well, it's an American size for a start, the British equivalent is size four which equates to a European size 32. This makes the size zero quite small. A size zero is actually 32 inch bust, 22 inch waist and 33-34 inch hips. Bear in mind this is an adult size we're talking here. The female of the species comes in many shapes and sizes, but at maturity she could be expected to have a bust and hips which have developed through puberty. The size zero waist is a mere 22 - 23 inches and, according to the media, is the size of an average eight-year-old.

The average eight-year-old1 has not yet developed a bust or hips, and is a much more androgynous shape, so 22 inches is fine. Slip forward in time until the same youngster is the average 14-year-old – depending on height and build, there may or may not be a vast difference in the waist size, but there will be a difference in the bust and hip size. It is not unusual to find a 14-year-old who is a perfectly healthy size four.

The problems with size four occur when we have adults who are not petite in build and are perhaps five feet six inches or taller. Their inability to recognise that their natural size is perhaps a six or eight, has led to outrageous diet regimes which result in the shocking images we associate with size zero.

Who is Size Zero?

There have always been petite stars in the firmament; Twiggy2 is one who springs to mind. In the 1960s thin was in, and Twiggy became an icon of the decade. Her waif-like figure was what would now be called a size zero, but her weight-height ratio didn't indicate that she was malnourished in any way.

Today's example would be Kylie Minogue, who is petite even by comparison to Twiggy, but again she maintains a healthy weight for her height (5'0½"), and that is the key to size zero.

Unfortunately many stars and models have failed to grasp the fact that size zero is not a suitable size for all, and striving to achieve the elusive measurements have endangered their own lives, and other peoples by setting an abysmal example to their impressionable fan base.

How to Seriously Damage your Health and be a Size Zero

Basically, a starvation diet and strenuous twice daily exercise can achieve size zero, but at what cost?

The trend has already caused death on a number of occasions. The 21 year old Brazilian model Ana Carolina Reston died of anorexia following a diet of just apples and tomatoes. At five feet eight inches she weighed just six stone, a shocking two and a half stone lighter than the desirable minimum weight for her height. Ana had a BMI3 of just 12.5. Her death came hot on the heels of that of Uruguayan model Luisel Ramos, who followed a diet of just lettuce and diet drinks. She suffered heart failure shortly after leaving the catwalk at a fashion show in Uruguay. Tragically, her sister Eliana also died of malnutrition some six months later.

Those models paid the ultimate price for the fashion that hails 'malnourished' as the look of the decade, but there are many other health risks associated with size zero.

The reduction in weight below the recommended minimum BMI of 18.5, can result in infertility, insomnia, lack of concentration, and kidney or liver failure. For those still considering making the effort, the use of diet pills to assist with the starvation may result in incontinence - really cool? Hardly! To lose control of your bowel and bladder while wearing the size zero is really just too sad for words.

The lack of nutrition causes a chemical imbalance in the brain and this can result in fierce mood swings, loss of any sense of proportion and inability to see what is right in front of your face.

The fact is, the heart needs the energy provided by the consumption of all the food groups to burn as fuel for the body. When we deprive ourselves of the necessary calorific intake, the basic functions of the body begin to seize up. So, starting with the brain, this malady spreads to the other organs and eventually the heart just stops - no more stores of fuel to burn.

Why be a Size Zero?

Who knows why ordinary people feel the need to jump on the bandwagon? For many years fat has equalled unattractive and unhealthy, but no more so than being vastly underweight. The size zero culture perhaps appeals to those who have a low self-image and equate being ultra-thin with being happy. Those most at risk are likely to be weight conscious already and perhaps borderline anorexic or bulimic.

Clothes designers prefer to hang their clothes on those without feminine curves, but their continued pursuit of the ever slimmer 'ironing board' models suggest their abilities lie not with making women look like a million dollars, but rather with designing curtains!

Movie stars of the past have not always been petite, Rita Hayworth, Marilyn Monroe, Sophia Loren and Raquel Welch all emit the sexuality and beauty of the full-figured woman. On television, women like Charlotte Church, Denise Van Outen and Billie Piper are proof, if any were needed, that you do not have to be starving to be beautiful. So why are so many celebrities willing to risk everything for size zero?

Consider if you will the healthy Teri Hatcher of her Lois and Clark days and the same Teri in Desperate Housewives and that is what becoming size zero looks like when it's not your natural size. Hero to zero, if you like.

Unfortunately, those involved in the regimes which bring them to size zero are unable to see what the rest of the world can. This is due to that chemical imbalance which encourages their brain to have them believe they are fat when quite clearly they are ill.

Putting the Brakes on Size Zero

The UK Culture Secretary Tessa Jowell has launched a task force to tackle the 'size zero culture' which has seen girls as young as 11 being treated for anorexia.

Milan fashion week 2007 imposed a BMI limit of 18 for the models presenting on their catwalks. It was considered that 18 was the lowest possible BMI for a healthy adult. The result of this stance was that five models were sent home for being too thin. Unfortunately, the London fashion houses felt no compulsion to apply the same standards. Alternatively, Victoria Beckham has refused to use size zero models for her own clothing range, preferring instead to use more 'natural' figures to show the clothes at their best.

Outside of that, it is imperative that anyone who sees a family member striving for the size zero and failing to eat a balanced diet, should seek professional advice. Anorexia Nervosa is a serious mental illness, and the first port of call should be the family GP. The names Karen Carpenter and Lena Zavaroni may not ring many bells today, but they were both shining stars who lost the battle with Anorexia Nervosa, even with the best of medical help. There have, however, been some famous people who did conquer their anorexia/bulimia, notably Princess Diana and former Spice Girl Melanie Chisholm. It's just important not to depend on things working themselves out or it being just a phase; tragically this ailment is prone to unhappy endings.

Finally, some stores are now stocking a size double zero - presumably for those who are slim enough to fit a size zero but feel the need to diet with their friends. Current advice is to ignore the size altogether and if you really are that small, buy from the children's department where purchases are VAT free.

1The average eight-year-old is presumably an arbitrary pick of the media, since this could apply to the average 10-year-old year old or 13- year-old.2Lesley Hornby, professionally known as Twiggy, can still be seen modelling for Marks and Spencer.3Body mass index is a measure of body fat based on height and weight. BMI below 18.5 is considered underweight. 18.5 - 24.9 is considered normal. 25 - 29 is overweight and a BMI of over 30 is classed as obese. This index is a guide only.