Harrogate, North Yorkshire, UK Content from the guide to life, the universe and everything 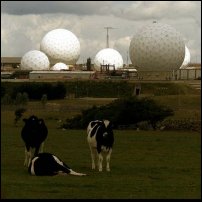 Harrogate's fame and attraction can be attributed to a man by the name of William Slingsby, whose discovery turned Harrogate from a small hamlet into a thriving tourist and business attraction.

Some would be mistaken in thinking that spa water was a modern trend. Back in 1571 a man by the name of William Slingsby discovered Britain's oldest recorded spa well named the Tewitt Well. The water is rich in iron and sulphur, believed by many to contain healing powers; even the NHS would send people to the spa baths of Harrogate until 1968 when they stopped funding these treatments.

It wasn't until the discovery of a second well in 1631 by Dr Michael Stanhope, called St John's Well, that Harrogate really took off as a spa town. Visitors with numerous ailments and illnesses would travel from all over the country, and more recently the world, to drink or even bathe in the spa waters.

With the Royal stamp of approval, Harrogate started to thrive and by the end of the 19th Century, the main source of income was starting to turn away from the spa waters.

Harrogate was receiving piped water and gas by 1847 and was connected by railway in 1848, making it easier for people to travel to the town. With numerous inns and hotels being built for the ever increasing visitors to stay, the population soon grew, increasing from just 4,000 back in 1831 to 26,000 by the end of the 19th Century.

This population boom became a huge attraction to the business community and before too long Harrogate was starting to become a huge centre for hospitality. Then in 1926 the town gained some notoriety when Agatha Christie, the famous crime writer disappeared; Christie's husband had been the cause of huge controversy, when it was discovered he was having an affair; she left him and was found eleven days later living under an alias in a Harrogate hotel.

Its location is also a key factor. Located almost dead centre between the ancient city of York and the more modern city of Leeds, the town has always been attractive for property buyers who would work in the city, but prefer the quiet life at home.

By the mid-20th Century and with the building of the International Conference Centre, Harrogate was attracting all manner of Businesses, political parties and even musicians, who would use the facilities to hold their annual conferences or shows. This started bringing massive financial security to this small but thriving town and by the end of the 20th Century, the population of Harrogate had risen to over 171,000, with the main source of financial stability remaining firmly within the realms of hospitality and tourism.

Apart from the spa waters, the town has many Edwardian and Victorian structures, beautiful gardens and a wide range of festivals that attract all manner of tourists from all over the world. There is also the town of Knaresborough, home of Mother Shipton's Cave and the Petrifying Well, England's oldest tourist attraction, which opened in 1630. Then there is the town's location close to York, one of the oldest cities in England, with a history reaching as far back as the Roman Empire.

Other attractions around Harrogate include:

Harrogate has been the venue of many a festival, mainly music festivals of late, featuring all manner of musical genres from rock and pop to Hindu. It is also the venue for the Crime Writing Festival, which was bought about by Harrogate's connection to Agatha Christie. There are also the annual garden festivals, which are generally held within the confines of Valley Gardens, a large and beautiful park built back in the 19th Century, which contains a variety of plant life and Victorian structures.

The Harrogate International Centre has seen all manner of conferences and concerts. Political parties have held their annual meetings, large businesses have used its facilities for exhibitions and numerous musicians and bands have held concerts; it was even host to the Eurovision Song Contest back in 1982.

One could not talk about the attractions of Harrogate without mentioning The Stray, a 200-acre stretch of common land created in 1778 by an act of Parliament, fiercely protected by the residents of Harrogate who set up their own Council to monitor all the goings on that might ruin the beauty of the land. The best views of The Stray are to be had during the spring months when all the flowers and trees are just coming into bloom.

Located some eight miles west of Harrogate, its official name is RAF Menwith Hill, which is a little strange as it is run by the US National Security Agency (NSA). It is the world's largest listening station, commonly called the 'Golf Balls' by many of the Harrogate residents, and it is certainly a site worth mentioning. Not much is known about what actually goes on within the base, but there are the usual theories, from Space Based Infrared Systems used by the US National Missile Defence program to being a part of the highly secretive ECHELON system.

The Two Faces of Harrogate

Like Dr Jekyll and Mr Hyde, Harrogate has a hidden side generally not seen by the many tourists and visitors to the town. By day Harrogate is the typical Victorian and Edwardian tourist town, quaint, quiet and clean. However, by night Harrogate's younger residents hit the town to take in the numerous bars and clubs, turning this quiet little town into a bustling centre of entertainment.

For the size of the town centre (hardly one square mile), Harrogate contains a large collection of bars, from Wine Bars to live music1 clubs, which cater to a wide range of musical tastes, and restaurants, including steak houses, Italian food and traditional English.

The Harrogate night life is no different from any other town or city; what attracts people is the distances between the bars and restaurants. Everything in the town centre is within easy walking distance, including the many hotels and B & B's. So one could go to a restaurant, pop to the pub, finish off the night in one of the nightclubs and stagger back to your hotel and barely have travelled half a mile.

1One of these live music bars, called the 'Blues Bar' has seen many famous musicians.