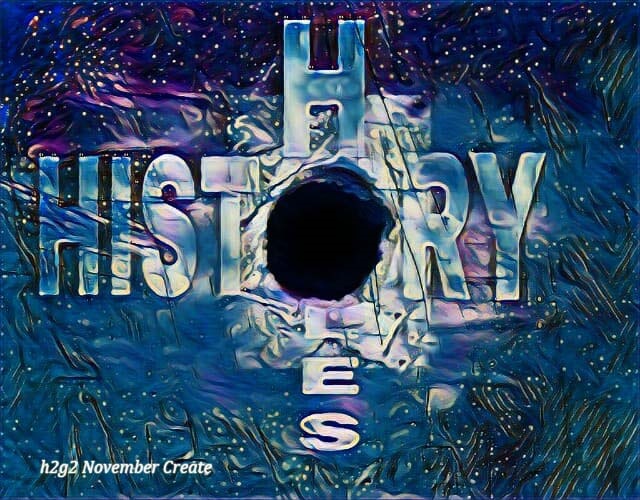 Sometimes, when we look at the history of humans on this planet, we make the mistake of believing it's all been covered by what you learned in school. (Or slept through.) The Fertile Crescent, Ancients Egypt, Greece, Persia, Rome, China. The famous civilisations: Aztec, Inca, Maya, Great Zimbabwe. Europe, its works and pomps. 1066 and all that. 1776 and all that.

But stop and think: humans have been a lot of places in a lot of different times. And not all of it was written down. There are lots of nooks and crannies we don't know about. Here's where this month's project comes in: let's fill in the blanks with our imaginations. Research is allowed (and encouraged), but you're not documenting exact events. You're trying to get the feel of a place and time. You want to understand more about how people behave, and the choices that they face.

You get to make up the story in thirty chapters. You may choose to take an intimate look at your characters and their lives. You may want to paint with a broad brush and describe their civilisation and its discontents. You may fill your tale with excitement, adventure, and really wild things – or you may make it a comedy of manners. Your choice. Just post something every day in the thread provided on the page. Or post a link to your A-space.

You may choose to go multimedia. If you need to post pictures on your A-space, send them to the Post Editor and get your code. If you want to put something on Youtube, go ahead and link to it. (Embedding help for A-spaces also available, if you ask nicely.)

Remember: it doesn't have to be an unreal place. And you can use whatever you've found to add verisimilitude to the story in terms of incident, historical background, colour, and atmosphere. Just make the main story fictional.

As always, there are Rules.

Read, comment, enjoy this month's exploration of the holes in history.