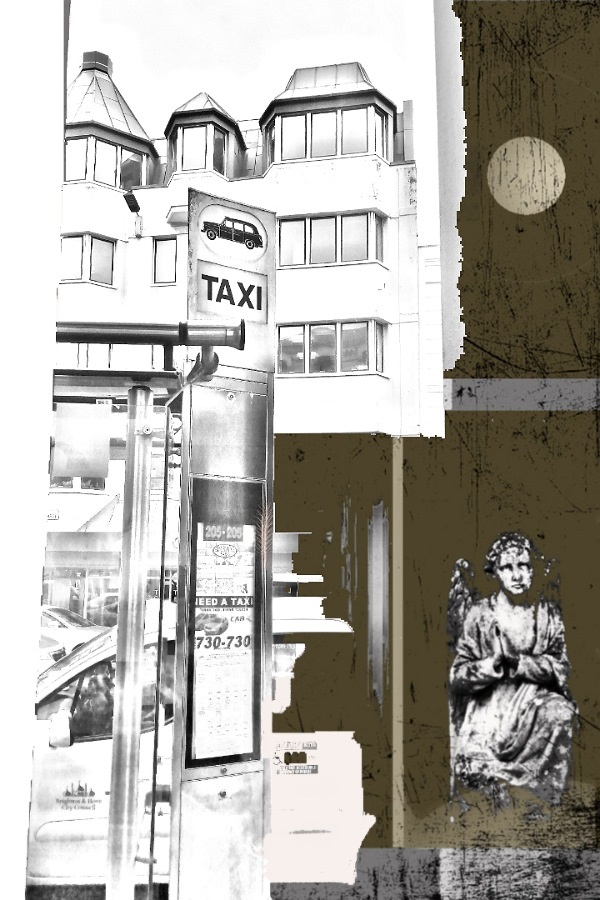 Kieran pulled up his hood against the cold air as he wound the driver's window down.

The old lady waved at him from the doorway of A&E, awkwardly negotiating the steps with her Zimmer.

Kieran didn't offer to help. Never did. Never would. Not in his job description. Just pick 'em up, ferry them, and drop 'em off. Once he'd got the fare obviously.

Eileen Wilson stood, rear door of the Peugeot Odyssey open to the wind, looking slightly baffled as to how she was going to get the walking frame into the car.

Kieran huffed and shouted, 'Boot's open love!' Then waited till the old dear had humped the frame inside.

He tapped the wheel with slender fingers, impatient to be away. He had another four to ferry around before he clocked off and Val took over. 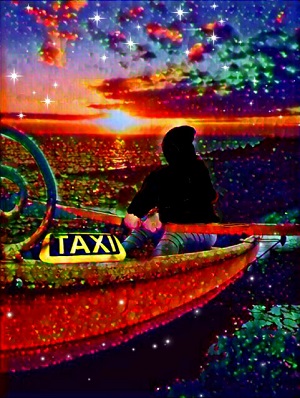 'I know where you're headed, Eileen,' he tapped the rather redundant sat-nav, 'You know it's double fare, crossing the river at this time of night, love?'

Mrs Wilson fumbled with her purse, tutting at how bad her arthritis was getting, pulled out two twenties, thoughtfully popping a pound coin between her lips for a tip later, and reached between the front seats.

Kieran stuffed the cash into his black hoodie, set the meter and smiled into the rearview.

'That's what we like! Paid in full, my lovely, sit back and enjoy the ride!'

Then he, the taxi, and Mrs Wilson were gone.

See the video here, or watch it embedded in your Pliny skin.
Freewayriding Archive