Stairway to Heaven (I) 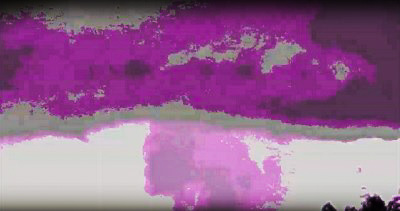 It all started strangely enough – odd lights in the sky behaving oddly. Then came the funny dreams – funny bizarre, not funny ha-ha. Before I knew it, it was spilling over into the daylight hours. I thought I was going crazy. I started getting messages on the radio, in the papers, on the television. It was like the Twilight Zone or Outer Limit – 'We will control the horizontal limits of your awareness. We will control the vertical limits of your knowledge.' The only thing that convinced me I was sane was all kinds of odd people coming up to me and imparting strange information – people you would have hurried passed normally, embarrassed by their utterings. If it wasn't for that I would have felt truly 'alienated.'

Sometimes I would wake up in the middle of the night, maybe miles from where I lived, totally oblivious to how I got there or could have got there. It was like I was living my life in a trance. My appetite had gone and I felt exhausted beyond belief. The headaches I'd had as a child returned with avengeance. The sickening migraines had me vomiting down the toilet, without end. It was the old conflicts with different realities, reasserting themselves into what had seemed like a normal, everyday life. The nightmares of creatures that walked through walls, being paralysed in bed and unspeakable things being done to me, re-emerged. Who was I? What was I? What were they? It felt like I was in some weird science-fiction movie. All the certainties of life disappeared, crashing down the toilet pan, like the contents of my stomach every so often. I was down the rabbit hole with no way out.

Then came the night when he appeared.

'You humans. You think you know it all and can do it all. It's as though you truly believe the universe begins and ends with you, on this puny little planet in the middle of nowhere. You stupidly think money will solve all your problems. It won't but conscience and consciousness could. No, you prefer addiction to materialism and screwing down what you don't screw up. You worry about death and consider others as wrongdoers for stealing your goods, when in reality nobody owns anything or can. It's just one of your many delusions. Likewise you worry about criminals harming your body, when in fact the true you is made of energy and can't be damaged in any way, shape or form. If you didn't think you were bodies, you wouldn't threaten others with violence, in order to try to manipulate them. You think that a belief in the afterlife, means life will seem worthless and you will want to die quicker. Balderdash! It gives you reason to live. It turns you into missionaries, wanting to spread that joy. Oh you may die like Christian martyrs but not by your own depressed hand. Like Salmon swimming upstream, you will inspire others to live and want to live, seeking a better life and as acting as a torch to lead them into the future.

Suppressives and depressives are scared to live and let you live, so stamp on and stamp out any free thought, any hope, in case it starts a fire that consumes their own limited dreams of conquest and domination, be it the world, their own country or their cultural heritage. Man must change and move forward, not wallow in self-pity and fear.

You don't know how insane your race is. You think that by being serious that means you are sane but your behaviour suggests otherwise. You would be thousands of years more advanced than you are now, if you didn't keep killing yourselves off in suicidal wars, revolutions and simple murders. Like Jason And The Bean Men in Twice Told Tales, you are willing to fight and kill each other over everything and nothing. You shoot down our craft, even though we are only flying over your territory on route to somewhere else. You don't do that to civil aircraft do you, so why assume that just because we are more powerfully armed than you, that means we are hostile?

We could have wiped out your civilisation fifty years ago, if we feared you as much as you seem to fear us. You invade other countries at the least provocation or none at all, in your greed for resources. How could we land openly here and live among your people, when you massacre others who have different beliefs, different cultures or appearance? Is it any wonder your world is quarantined? You've polluted your oceans, wiped out species after species and are now on the brink of another threatened nuclear war.

Pretentious fools, trying to prove you are what you are not. Proud monkey suits, lumps of flesh, piles of mud! Only a fool who is fooling himself, can fool another fool and that is not us. We have tolerated you as an adult tolerates a child but our patience isn't infinite. You are an experiment gone wrong. We are spiritual beings made of energy, not flesh robots, so addicted to it that we have lost our true identity.'

At this point he disappeared in an explosion of exasperated light, then suddenly reappeared.

'Oh yes, we can condense energy into matter and vice-versa. We have no permanent form, unlike you.' He disappeared in a flash again.