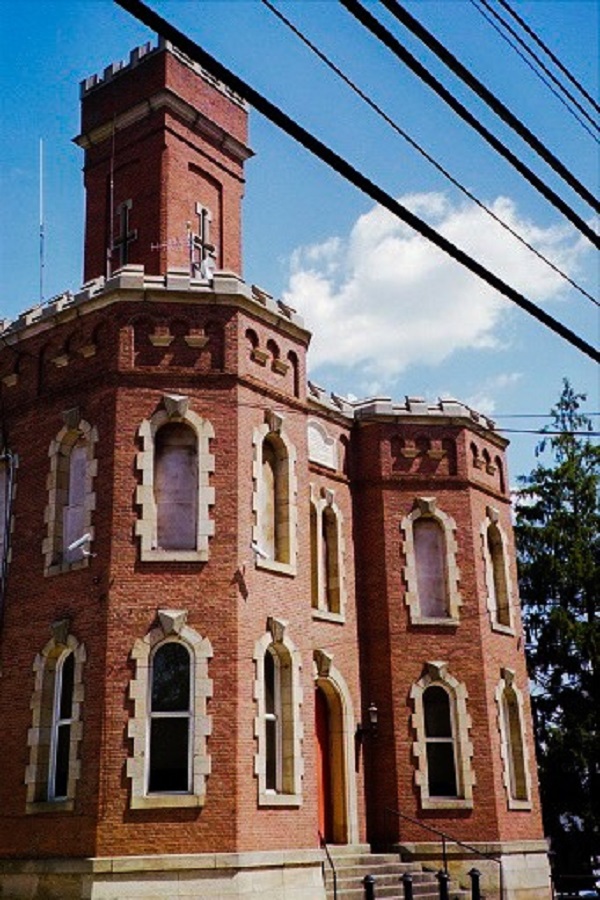 This is the 'old jail' in town. It isn't used any longer. It was built in the 1880s. It's considered 'historic'. It also renders the centre of town even more picturesque, located as it is behind the courthouse. Apparently, people were really proud of this edifice when it was first built.

Local historian Hank Hufnagel will tell you all about this wonder on his Youtube. According to him, the jail was modelled on Conwy Castle in Wales. This is a picture of Conwy Castle. You decide.

The use of a castle as a model for a 'modern' jail apparently led to the inclusion of that crenellated tower. And those slits, suitable for firing arrows from. There is no recorded instance of sheriff's deputies actually firing any arrows, though they probably could have. We do have bow-and-arrow hunting season around here.

Anyway, I thought you might like to look at it. I recommend the video if you want to see what it looks like inside. I'll bet it's haunted.