Even the Brave Get the Willies, Sometimes 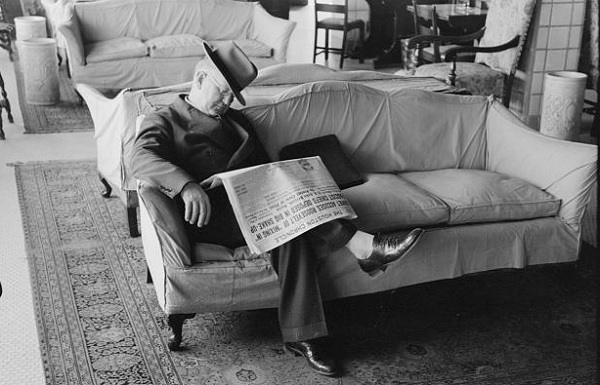 My dad was a brave man. He had the medals to prove it. He never bragged about the Second World War and his role in it, though, not once. As long as I knew him, he was a kind, friendly, non-confrontational sort of person, outgoing and helpful. Most of the time, my mother had to warn him not to be overfriendly with strangers.

'Don't say that!' she'd warn. 'They may not know that you're joking.' Dad did tend to use humour as an ice-breaker, not always successfully, since his Tennessee mountain humour didn't always travel well in other regions.

Like I said, my dad was brave. As a teenager in the late Depression, he'd ventured alone into the stockyards of Detroit, slaving a summer away and battling homesickness to pay off the mortgage on the family farm. At eighteen, he'd fought his way through the Rhineland. He'd faced the possibility of invading Japan, but been rescued by the atomic bomb. Afterwards, he'd tackled a five-year engineering course in four years on the GI Bill while hitchhiking back and forth at weekends. He tackled challenges head-on, and felt responsible for everyone around him.

As a kid, I never realised that behind his can-do attitude, my dad could be worried. I thought he was cool with everything. After all, he had reacted swiftly and decisively that dark night when our '57 Chevy hit an ice patch on the Illinois interstate and plunged onto the snowy median, U-Haul trailer in tow. Personally, I felt that a man who could keep control of a vehicle like that while praying loudly possessed an unshakeable presence of mind. I didn't quite realise how much effort that took until he came back from a business trip and told the following story on himself:

To begin with, my dad hated business trips because he was just like his father, a farmer who could never abide to spend a night away from home. My dad didn't like travelling much, and he really didn't like doing it alone. He particularly didn't like being in a strange place without my mother. He'd call every night, or he couldn't sleep.

And then there was the location: Gary, Indiana is 40 kilometers from Chicago, on Lake Michigan. The city is not picturesque, even now, and in the mid-1960s it was rife with street crime. My dad, never a fan of cities, did not want to be there, US Steel or no US Steel. The most terrifying moments of his life had happened in cities. House-to-house fighting in 1945 had rendered him permanently incapable of appreciating the finer points of urban life.

It didn't help when his coworker instructed him, 'Take the limo from the airport to the hotel. DO NOT hang around outside. Stay in the hotel lobby until I come and get you.' If a local felt this way, what was a poor outsider to do? My dad did as he was told. This is how he found himself in the lobby of a large hotel, unhappily wishing he were back in Ambridge, Pennsylvania, where all the loud noises were caused by steel mills and angry Greek waiters.

My dad called his colleague, who said he'd be there shortly, and repeated his warning not to step outside the hotel. This made my dad even more nervous, he said. Now, I knew what my dad did when he was nervous or impatient: he fidgeted. At 6 foot 3 inches, he was a very noticeable fidgeter. So now, in Gary, Indiana, he prowled around the lobby. He fingered newspapers, memorised exits. All the while, he admitted, he was studying his surroundings. Survival skills honed against the Wehrmacht were reactivated to combat the possibility that street crime might spill over into this lobby. Should violence rear its ugly head, he needed to be ready to defend this stretch of shag carpeting.

Soon enough, my dad believed he had identified a credible threat. Another man was also prowling the lobby. He looked as wary as my dad…and he seemed to be sizing him up. My dad didn't like this at all: the stranger was just about his build. Like my dad, the stranger was wearing a fairly inexpensive grey suit, white shirt, and tie. Both men were wearing sensible brogans. Each, however, was becoming more and more convinced that the other was a dangerous criminal bent on doing god-knows-what in a well-lit hotel lobby…. Uh-oh, my dad thought, that man is heading my way. What does he want?

What he wanted, as it turned out, was some ID from my dad, and an explanation of what he, my dad, was doing in his, the hotel detective's, lobby, looking furtive and suspicious….

My dad laughed. The hotel detective laughed. My mom, my dad, my sisters and I all laughed when he told us this story. From which he derived a valuable lesson, and made a friend in Gary, Indiana.

Yes, my dad was brave. But he was more than that.