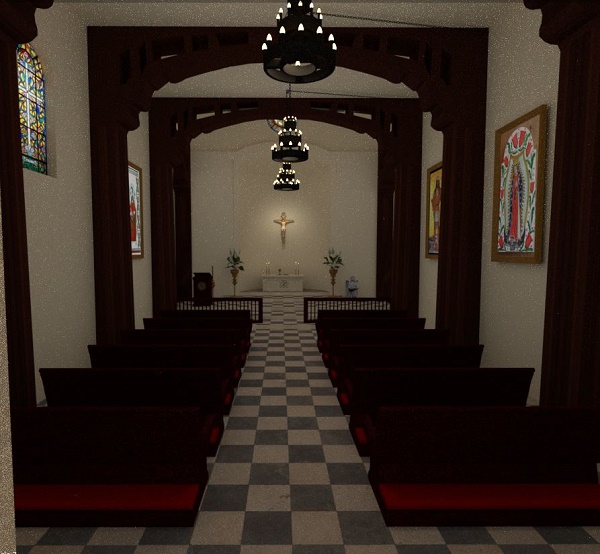 Asteroid Lil made this. It looks like a photo, but it isn't. It's CGI. She performed this miracle with a program called Blender. It's awesome. There's Space for you. It's a photo of a place in the mind.

Ralph Waldo Emerson (1803-1882) was a rather pretentious American poet. Emerson was a friend of Henry David Thoreau's. Emerson thought he, Emerson, was the sane one of the pair, though there wasn't a dime's worth of difference between them, in my opinion. He wrote these lines:

I love a prophet of the soul;

And on my heart monastic aisles

Yet not for all his faith can see

Would I that cowlèd churchman be.

Just thought you might enjoy that, while you look at Asteroid Lil's great picture.