Scientific research has a long and sometimes unedifying history. 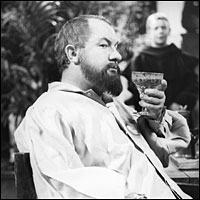 The reason for this essay is NASA's new challenge. They've got a problem of galactic proportions: space poop. At least, that's what they called the challenge. If you can figure out how to create a safe in-suit sanitary system, there's $30,000 in it for you.

They're being jocular about it, but it's serious business: they can't get to Mars without solving this problem. The issue dates all the way back to the first US manned spaceflight. Astronaut Alan Shepard was left sitting on the launch pad so long that he really had to go. Ground control wouldn't let him out of the capsule, and told him to pee in his suit. He did, and shorted out the circuitry that monitored his life functions. The world only learned about this later. Since then, there have been a few solutions, but none of them are going to work if the astronauts are stuck out there in space suits for up to six days, unable to get out or use their hands. It's a knotty problem.

When I read about this, my brain started working overtime. Oh, how I wished I could help. But I thought about all the things I would have to know. How do fluids move in zero gravity? What materials are biosafe? Which ones have wicking properties? Would electrical power be required? Etc, etc. I've put the researchers on my personal prayer list. Solving this challenge would be of enormous benefit to humankind.

But why isn't the government backing this? Why are NASA crowdsourcing these research projects? Are you kidding? Nobody wants to pay for this stuff. Which brings me to the issue of Basic Research.

From Proxmire to Palin: An Idiot's Guide to Science

Back in the 1970s and 1980s, a certain elderly US Democratic senator by the name of William Proxmire relentlessly gave out the 'Golden Fleece' Award to basic science research which, in his august opinion, was 'fleecing' the public of tax dollars. What did Proxmire find frivolous?

And then there's Sarah Palin, who very likely will soon be given a cabinet position. She actually said this in public:

You've heard about some of these pet projects, they really don't make a whole lot of sense and sometimes these dollars go to projects that have little or nothing to do with the public good. Things like fruit fly research in Paris, France. I kid you not.

If you took Biology 102 at uni, you know immediately why studying fruit flies is important. Ah, those were happy days, when Mr Leaf (not a made-up name, I swear) gave us that quiz, where he anaesthetised some Drosophila melanogaster. We were supposed to take turns 'sexing' them under a microscope. Of course, Harvey the hippie took so long to do it (he had a thing for 'wild females') that they started to wake up. The experiment was flying around the lab, and Mr Leaf was making up genetics problems as punishment. . .

Fruit flies are really important, Ms Palin. As you'd know if you googled them. These days, it doesn't take a science degree. It takes a mouseclick. If you're interested, here's the Guardian ranting on the subject.

The take-home message here is that we often can't solve important real-life problems because some fool in government doesn't understand the need for basic research. What would Ben Franklin do?

Ben Franklin, turkey-torturer extraordinaire. When it came to science, Franklin was a hands-on experimenter. Thanks to the man who organised our post office, fought the British, and did a million other useful things, people were warmer in their houses and safer from having them burned down by bad fireplaces, lightning strikes, and marauding soldiers. Franklin was original, witty, and wicked. When he served as US ambassador to France, he was very popular. They thought he was a philosophe, and they liked his fur hat.

Ben was getting up there, though he still liked the ladies. In fact, his heterosexual inclinations were every bit as pronounced as Mr Trump's, although he was much better mannered about it. But Ben had a problem. He was now presbyopic. That meant he needed two pairs of glasses, one for distance and one for close vision. As he put it, he was faced with a decision at those long state dinners: see the delectable French food in front of him, or ogle the beautiful mam'selle across the table? Why settle? Ben went to work and solved the problem with the help of a Paris lens grinder. The result? The world's first pair of bifocals.

The message to government is clear: don’t get in the way of research. Think how many people's lives have been made better because Ben Franklin wanted to look at attractive women across a candle-lit dinner table. Think how much we've benefitted from those fruit flies. Just imagine what we might learn along the way while solving NASA's poop problem. And how much we'll get out of being able to go to Mars.

Mars, you see, is a Big Deal. People know about Mars, because they've seen that movie. So NASA know that they have to send humans to Mars. The rovers are boring. Humans growing potatoes? That's box office, man. If they can get some attractive-looking humans to do a little Martian gardening, they'll hit the jackpot. The government people will stop kvetching about how they 'made up' climate change, and throw the megabucks their way. NASA will be good television again. And maybe, just maybe, we'll learn something really useful.