What weird thing did your ancestors do? Create invites you to dish the gossip about your relatives. 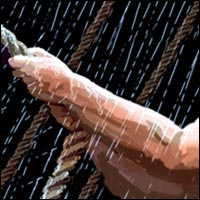 The dangerous minds in question belong to some h2g2ers. Their confessions are about their weird ancestors.

Gnomon's had issues with morality, or with drinking and literacy:

One of my ancestors was some sort of officer in the British army, but was demoted for misconduct and eventually died of "vices".

Another ancestor of mine was an illiterate alcoholic. One story is that he died from drinking a bottle of "bay rum", a crude alcoholic liquid used as a hair treatment, because he read "rum" on the label.

Another is that his wife filled his rum bottle with something nastier to get rid of him.

My family line was traced back to Liverpool. We don't know if they lived there, or just used the port to sail to Nova Scotia. In any event, they were all seamen who probably didn't send much time on land...

Baron Grim shares an ancestral embarrassment with many Americans (and Benedict Cumberbatch):

My family name in the Americas traces back to a Scot in the mid to late 17th century. He was the 2nd or 3rd son so he wasn't going to inherit the manor so he hopped on a ship to Virginia where he started a plantation. One of our earliest actual records (that weren't burnt in the Revolutionary War) is a will of one of his sons divvying up the slaves amongst his children.

Your Editor shares the restless-ancestor syndrome (and the embarrassing trend, too):

I've got a bunch of different ancestors who landed here in the 1600s.

They did it on purpose, too – which shows that I am descended from crazy people who would willingly get on a leaky wooden boat and eat hardtack to get dumped in a wilderness full of bears and big cats 'n Stuffz.

They even PAID people for the privilege. How nuts is that?

Of course, some of my (Scots Irish, of course) ancestors were early domestic terrorists – they burnt down a courthouse in North Carolina, thus interfering with genealogical research, the rats.

Now, this is just the tip of the genealogical iceberg. You know you can top these stories. So 'fess up: which of you is descended from Genghis Khan? (And do you like round, furry hats?