People are still talking about last month's NaJoPoMo extravaganza. In this retrospective, Paulh Asks Uncle Pell and Scribbles About Their 30 day Odyssey Around the World.

Interview with Some Fictional Characters, Part I1 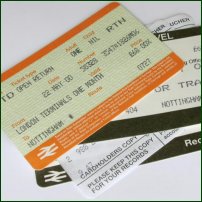 PAULH: Pell, the Blogosphere is raving about your adventures last month. Tell me, how did you get involved?

PELL: I showed up at my nephew's 42nd birthday party with a stupid gift certificate.

SCRIBBLES: I told him the gift I *really* wanted was some poor schlub who had never traveled much. I had a new job as a travel writer, and my assignment was to take someone just like Uncle Pell across the planet in 30 days....


PELL: ...using a different form of transportation every day. And since I had lots of time on my hands, I agreed to be the someone he wanted. Little did I know what I was in for!

Day 1. Drive a Subaru Forester to Provincetown. Load luggage onto a yacht.

PELL: Scribbles let me choose the kind of car I wanted to ride in for the first leg of the journey, so I chose a Forester – my sister has one. We left my home in Boston and got to Provincetown at the tip of Cape Cod about three hours later.

SCRIBBLES: That first day was easy. It was the second day that made me want to tear my hair out: I wanted Uncle Pell to water ski, towed by the yacht as it moced eastward toward Great Britain, but he couldn't do any kind of skiing. My consultant put me in touch with a team of carpenters who worked through the night building a cabin on a pair of huge water skis.

Day 2. Water skiing behind the yacht.

PELL: The cabin was boring, but it was 1,000 times better than falling off the skis and drowning.

SCRIBBLES: Better for the fish, too. Uncle Pell would have been hard to digest.

3. Riding a dolphin along the Gulf Stream

PELL: Well, riding is a misnomer. I held her dorsal fin and let her tow me through the water.

SCRIBBLES: She fell in love with you.

4. Sailing in the yacht until about 30 miles from the Southeast coast of England

SCRIBBLES: The Atlantic is pretty wide, so we needed a day when the yacht could go as fast as possible. The fourth day was that day.

PELL: At first I thought how easy it was to just relax on a yacht, even if it wasn't the biggest or most luxurious one. Then I caught Scribbles frantically writing his story in a secret room, while watching me on a monitor.

SCRIBBLES: That could hardly have been a surprise, Uncle Pell! Stories don't write themselves.

PELL: Well, the least you could have done was show my good side.

5. Rowing a boat to shore in Falmouth, England.

SCRIBBLES: The yacht stopped a couple kilometers from a marina in Falmouth, and we introduced Pell, to Colin, that day's tour guide, who helped him row to shore.

PELL: That part was fine. It was the accommodations you arranged for me that night. Fusty Towers was decrepit...

SCRIBBLES: Admittedly not a three-star hotel, but we were over budget.....

PELL: ...and it was haunted by the world's most boring ghost, whose gibberish made Foul Ol' Ron sound as wise as Solomon by comparison.

6. Taking a crowded, noisy, smelly bus through London to Dover.

SCRIBBLES: There's not much to say about traveling by bus from the southeast corner of England to the southwest one – except, maybe, that you have to make numerous transfers and go through the heart of London.


PELL: I remember some cows grazing in pastures as we went by. And some passengers who spoke anything but English. Oh, and when we were almost to Dover, Scribbles told me that I was having a wonderful time. This was news to me.

SCRIBBLES: The best was yet to come.....

7. Taking a Ferry across to Calais – should take about 90 minutes

PELL: The ferry ride was everything that a ferry ride ought to be. Then I was introduced to a cheese disguised as a tour guide.

PELL: ....and "formaggio" means cheese in Italian. He made me sample all the cheese in France while we were in Calais. Washed down with wine, of course.

SCRIBBLES: Well, how could you pass through France without sampling their wines?

PELL: I'll never know for sure.

8. Traveling by solar-powered blimp from Lilles to Paris

SCRIBBLES: This was the day when we used cutting edge technology to move Uncle Pell about.

SCRIBBLES: I didn't hear you complaining when you saw the skyline of Paris in the distance.

9. Travelling by train [The Accidental Express] from Paris to Istanbul [58 hours]

SCRIBBLES: I admit that the blimp set us back financially. We had no choice but to find the cheapest cross-continental train we could find.

PELL: I shudder to think what a cheaper one would have been like.

SCRIBBLES: Was it really so terrible? It used the same tracks as the Oriental Express, and showed the same scenery....

PELL: The days were no problem. I just got a stiff back from sleeping in my seat at night....

10. Still on train to Istanbul; ride a Segway the length of the train

SCRIBBLES: Admit it: You enjoyed riding a Segway from one end of the train to the other.

PELL: True. And if I ever get so desperate that I need to apply for a job as a security guard in a shopping mall, I'll have a leg up on the competition.

You can read the whole saga here.

1Paulh isn't fictional. At least, we don't think he is. We're afraid to ask.