Our summer reading begins early, when the strawberries bloom.

Also available in Kindle books and Hardback versions on Amazon. 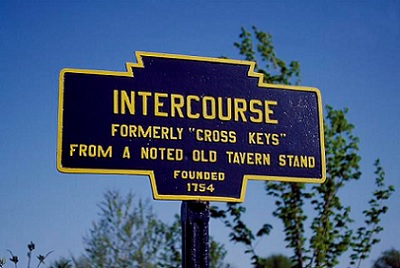 While we were exploring our new local public library, DG pointed out an item in the Young Adult section that might be of interest to me, since we have Amish neighbours and some of the local stores have hitching posts to accommodate buggies. The author is an Amish reporter for a newspaper and has written several semiautobiographical novels and short stories based on her community and family members.

Amish and Mennonites make up a large portion of the Pennsylvania Dutch (German pietists) who came over to this country at the invitation of William Penn1, who admired their strong work ethic and religion. H2G2 has Guide Entries on the Pennsylvania Dutch and the Mennonites. They are a remarkable group that refuses to use electricity and machinery. They use draft horses to farm and hitch rides with their Mennonite neighbours2 to get places quickly. Their houses and farms are off the electrical grid and they tend to use kerosene lamps and wood or coal stoves to heat their houses and schools. Most education is limited to one-room schoolhouses where children are taught their ABCs, writing and basic arithmetic to the eighth grade level. They are also instructed in German3 , which is used in church services and may be the language spoken at home.

Our main character is Elizabeth Glick (Lizzie) an Amish girl in Pennsylvania who is about eighteen years old. She has loving parents, an older sister who gets married in the story, a close relationship with her younger sister Mandy, a brother and several smaller siblings who are twins.

Lizzie has had several years to 'run around'4 looking for a suitable husband. She is lively and has several male and female friends but she is rather bossy and smart, and therefore is sort of intimidating to the shyer males. Like all teenagers she is rather self-involved and rather insistent on her own way. Her closet male friend is Stephen – but he is so shy that she never realizes he really likes her and wishes their relationship would lead to a marriage. Her family all realizes this but Lizzie is so stubborn and contrary that they know they can't let her know that Stephen is probably the one who will win her.

Lizzie becomes a school teacher and enjoys this, but still hopes to be married someday. She does tend to get frustrated with her dating situation. One day when the man who usually tends the stove has to tend to birthing a calf on his farm she gets mad at some of the older students who give her grief and she slaps one of them.

All in all, the book offers an interesting look at this culture which is certainly a blast from the past, and I think anyone who really enjoys Jane Austen books might enjoy this. All the virtues of teen romance, and recipes for some astonishingly good food as well, make this book a fun read. Finding the right guy is difficult no matter what century you are living in, and although these lovely people are not part of the twentieth century online crowd, their emotions are still universal. 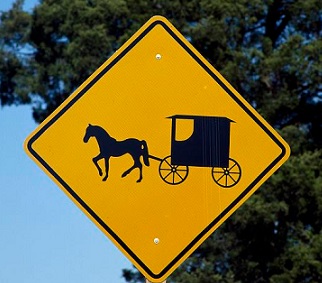 1For the historically disinclined, that was in the late 17th Century. Not, like, last week. Ed. Note.2Mennonites drive cars, unlike the Amish, who only drive hroses. Ed. Note.3They may or may not learn the 'Schnitzelbank Song', beloved of all Pennsylvania German students, which is definitely not used in church services. Ed. Note.4This is usually called rumspringa in what passes for High German in Lancaster County. Ed. Note.