A ghostly tale from the Prof 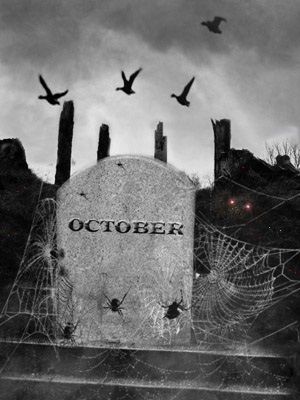 It was quite a few year ago and two elderly gentlemen were in their local public house, sat having a game of cribbage and few pints of ale.
The time to head home came around with the landlord calling "TIME! Gentlemen Please!" This being a small allotted time to drink up, before being thrown out 1

Now unfortunately, these two old codgers had health problems. One had a very bad limp, due to an accident that caused damage to one of his legs many years ago in his youth and the other, his disability was a curvature of the spine and that give him a hump on his back.
The one with the spinal trouble said to his friend, "It's raining out, so are you going to take a shortcut home with me through the cemetery?" At which his mate said emphatically "NO WAY! There's ghosts in that cemetery, I'M going home the normal way, sod it if I get wet" and off he went, leaving his mate to make his own way home on his own.
So off he set to take the short cut and he'd only gone a few yards into the cemetery, when a ghost jumped out from behind an edifice and spoke to him, saying "What's that on yer back?" And the old chap in a state of shock and generalised shaking spluttered "It's an hump". The ghost said "Giz it" 2 grabbed his hump and vanished.
Well! The old guy, getting his wits back couldn't believe just what had happened, but with a spring in his step carried on home as pleased as punch.

The next night, he walked into the pub to meet his pal again and had a grin like the Cheshire Cat on his face, at which his pal with the limp asked "Why the grin?"
He turned slightly and said "Look what's missing" The look on his mates face was a picture he then garbled out "Who! What! Where! How the bloody hell has THAT gone?"
So he told him about the ghost appearing in the cemetery the night before and what went on.
The old lad replied "I'm scared of ghosts and that sort of stuff, BUT! If one did that to you, it might do the same for me and take my gammy leg. I'M going home through the cemetery tonight! You take the normal route ok and I'll see you here tomorrow usual time."

Later as TIME is called, off they both went, heading for home. After a few minutes, the one with the limp had reached the cemetery and stood a moment having second thoughts, but decided to be "brave" and go ahead, once again. A few yard into the cemetery and the ghost jumped out from behind a gravestone and yelled "What are you doing here?" "I'm on me way home and taking a short cut" replied the gent. The ghost said back to him "What's THAT one your back?" the old chap said "I ain't got nowt on me back" The ghost replied "HERE! Have an hump!"

So what did you expect? Something serious