Skylanders, this game keeps getting bigger

October 2012 saw the release of Skylanders Giants, another adventure for your little guys to on. This time they have help in the form of some larger characters. The game follows the same pattern as the previous one with certain elements opening different areas. However, as was no need for a starter pack with this one1 so you could buy whichever of the Big Guys you wanted to start with. 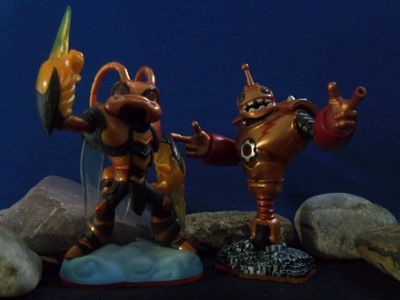 This first pic is of Swarm and Bouncer our very first Giants. Swarm has the ability to attack with bees, oddly whereas Bouncer has guns for fingers. 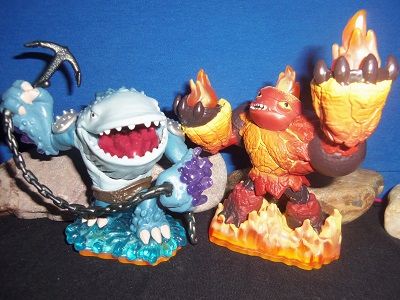 Next up is Thumpback and Eruptor. Thumpback can fall on his rather large belly and do sizeable water damage to a large area and Eruptor fires lava bullets. 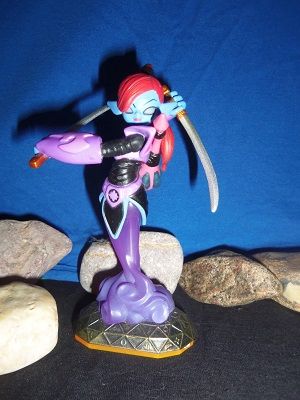 The of the tallest and my personal favourite, Ninjini wonders if you have any last wishes? before slicing her way through the enemies with her extra sharp swords.

Another October another new Skylanders game, Swap Force. Parents of the world despair as this time, not only do you need new characters to play it, you also need a new Portal. The characters can be split in two to create some rather amusing names such as Stink Zone and the game als features some rather amusing side areas. So, to finish, here are a couple of the Swap Force team 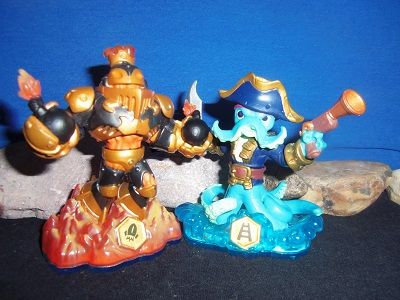 Blast Zone and Wash Buckler are the two that I play with most often on Swap Force. Blast Zone is, natch, a fire element, while Wash Buckler can climb up steep walls.

There are plenty more characters that you can play with and with the up coming release of Skylanders Trap Zone in (you've guessed it) October this year2, there will be a lot of parents looking for bigger boxes to keep them all in.

If you've stumbled on this by accident and are wondering what it's all about, take a look at the Small Ones for a slightly longer explanation.