It all started in late 2011, my son saw a second-hand 'starter-pack' copy of Syklanders Spyro's Adventure in Stockport and decided to buy it. They call them starter packs for a very good reason, because each character represents an 'element' and only certain elements can open up new areas. The fact that you only actually need one of each to play the game is offset by the fact that there are a few figures with the same element, and of course (like Pokemon) you've gotta catch them all(or at very least as many as you can. Each character when placed on the Portal of Power appears on screen and in the game like magic.

We have since purchased both the Giants and Swap Force editions of the game and along with that acquired new Skylanders, which can be played with in addition to the originals. The real beauty of it though is that the little figures themselves don't care if you are playing XBox 360, PS3, Wii, or even a tablet, if your mate has different system you can still play with your favourites.

This week I'd like to show you some of my favourites from the 50-odd little plastic figures that we have, starting with small ones 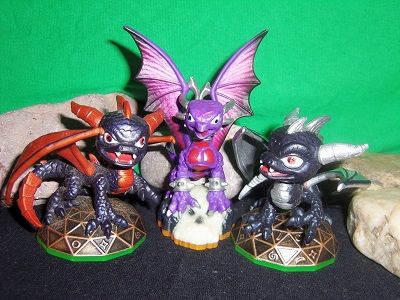 The first picture shows from left to right, the little dragon that started it all, Spyro, Cynder, and Dark Spyro. These little guys attack with fire as one might expect. 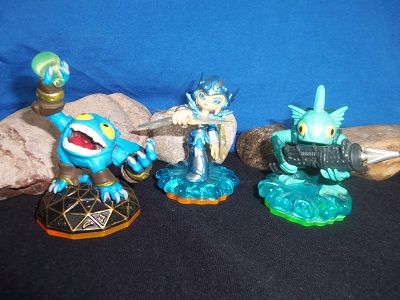 Next up is Pop Fizz, who fires all sorts of mad potions, Chill one of the lovely ice characters and Gill Grunt, a water type and one of the very first I played with. 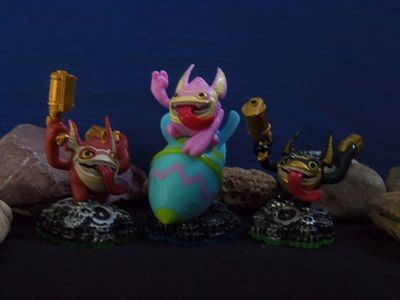 This next one is of a trio of Trigger Happys, the original, the Springtime edition and the Legendary. Just looking at them tells you that they are slightly insane gunslingers and, yes, the middle one really can ride on that bomb. 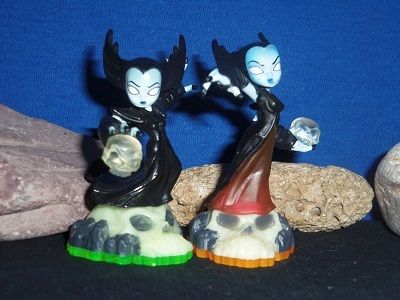 Last up for the small ones is Hex both the original and the Legendary. These are undead characters who urge you fear the Dark fight with ghostly skulls and defend with bone barriers. Legendary Hex was a freebie when we preordered Swap Force and she's really cool.

So, although I have many, many more small ones, I wouldn't want to bore you all to sleep, however, if you can handle it, have a look here and I'll show you some of the big ones.