Freewayriding has a dog story to share. Watch your cash, dog owners. 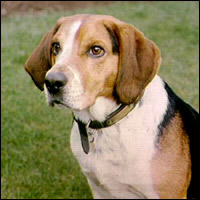 Picture yourself in the horrid position as the family pet (yes. it's another Cozmo story) sidles up to you looking very sheepish for a GSD and thrusts his snout into your hand for a good old scratch. Only after said scratch is completed to the dog's satisfaction and he slobbers off to see what next he can destroy, do you notice a faint brown mark on your palm...NO NO I know where your going and for once your wrong!

The faint brown mark on closer inspection bears a remarkable resemblence to a certain Mr Darwin's beard, hmm where have I seen that before?

A quick scoot around the usual places he (Cozmo not Charles) frequents when he's in trouble and there's a nicely torn up £10 note (hereafter referred to as a tenner, because my three's still AWOL). Not too bad methinks, ripped in three, poor Mr Darwin's been particularly (naturally?) selected for the shredding treatment and alas now has no face!

A bit of cellotape and Bob's your mother's brother. No probs.

The local corner shop had differing ideas, wouldn't take it for all my explanations about legal tender and watermark, code and serial number all being legible, if a little slobbered on. 'Try the Post Office mate'.

Post Office counters are a very nasty place to visit if you have a chewed up tenner. Depositing money, taxing the car, buying Euros, great, lovely people; wanting a new tenner to replace your child's half chewed pocket money, you may as well be Hitler trying to renew his passport!

Banks also have a distrust of chewed tenners, I found today. Can't accept it as money, can't exchange it, try Boe.

I briefly wondered why the heroine of Lost Girl would be in a position to change my daughter's money, then stupidly realized they were talking HSBC for Bank of England.

Surfing time again. I found out that they will indeed exchange damaged bank notes, their website even mentions notes eaten by dogs! Great stuff! download form BEMN and off you go.

However ( even if I lived near King Street in Leeds, which I don't) BOE doesn't accept personal callers (very Victorian) and you are advised to send the note pieces to them via recorded post. They aim to look at your claim within a few days, and if you're successful they will deposit a £ (bloody three shaped hole again!) 10 into your bank account electronically. 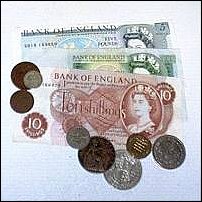 Now given the cost of a first class stamp is 60p without being recorded that means to get a tenner back you lose at least 60p, hence the title.

A more interesting discovery was the statistics BOE reveals. There (on average) are (here comes the hole again) 30,000 claims being examined, with an estimated value of 18 MILLION pound sterling. That makes, excuse my maths if I'm wrong, each claim average at 600 quid! Imagine the interest on 18M waiting to be processed?

I can wrap my head around the odd house fire damaging hoarded money beneath a mattress, or a bumbled safe raid where the cash gets blown up a little, but thirty thousand people all damaging six hundred quid?

Conclusion: maybe ,just maybe, 29,999 people have worse dogs than us!