As we move into the colder months of the year in the Northern Hemisphere comfort eating comes to the fore. Are you willing to share a family recipe from your own country or state? With our many international members we're sure to have a wide variety. Wherever in the world you are, we're sure you have a fantastic recipe for us. 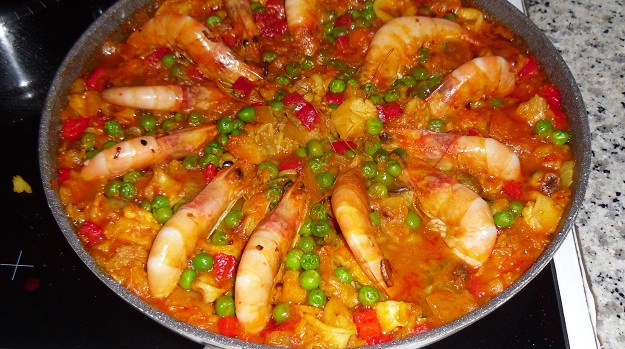 minorvogonpoet has kindly shared her memories of dreaded school dinners in Britain, and with this in mind we hope you're inspired to help us do better. She writes:

"This month children all over the United Kingdom are returning to school. They may take lunch boxes but, for my generation, school dinners were compulsory. Some of us dreaded them. On Friday, there was fish (or, at least, fish fingers) but every other day featured meat, potatoes and a vegetable.

The meat in school dinners was usually an anonymous stew, or mince. But the school cooks occasionally produced meat pies, with two layers of pastry with brown slime between them. The cooks would have been amazed to learn that we now don’t eat meat at home. In those days, a vegetarian diet would have been difficult. You couldn’t get vegetables like aubergine, butternut squash, or red and green peppers.

Usually, vegetables were reduced to mush. My least favourite vegetable was swede, which was served as an orange mash, with fibrous bits in it. I have recently rediscovered swede, and found that there are better ways to cook it. I put it in curries, or a spicy vegetable and chickpea stew, which we serve with couscous.

Desserts could be horrible - like tapioca (which we called frogspawn) and prunes. I hated prunes - black, shrivelled things that looked like coal. But there were better desserts – tarts filled with bright red jam and topped off with mock cream, which was sweet and stiff. We called one dessert Manchester Ship Canal mud, because it had a layer of a brown mixture (probably blancmange) on a pastry base. It was better than the name suggests.

My mother produced a range of excellent desserts, from rhubarb crumble to sherry trifle. This consisted of slices of shop-bought Swiss roll, soaked in sherry and surrounded by tinned fruit, on top of which was a layer of blancmange or Angel Delight. Great.

This brings me to the challenge. For September, we want you to send us your favourite recipes. We’re particularly looking for childhood favourites, like my mother’s sherry trifle, or regional specialities. In Britain, we don’t celebrate our regional specialities enough. Now is your chance to give those old recipes a new lease of life."

Here are a few we made earlier just to give you a taster!

Short or long, we welcome your contribution. You may find that your recipe is already covered, but if you think yours is a variation, or you could improve and update a really short one such as Hummous then please do so. Of course it is important to remember that the recipe needs to belong to you, so do not send one copied from a recipe book or the web.

A link to our Food and Drink Archive

If you've never written a recipe before, we have a basic template to show you how to lay it out. Please consider giving some background to the recipe itself as this will make your contribution more interesting for the reader. Photographs of your finished dish will be really most appreciated.

Don't forget to drop a line to the conversation below, so that we can thank you. Also, you'll be eligible for the September Create badge for taking part.